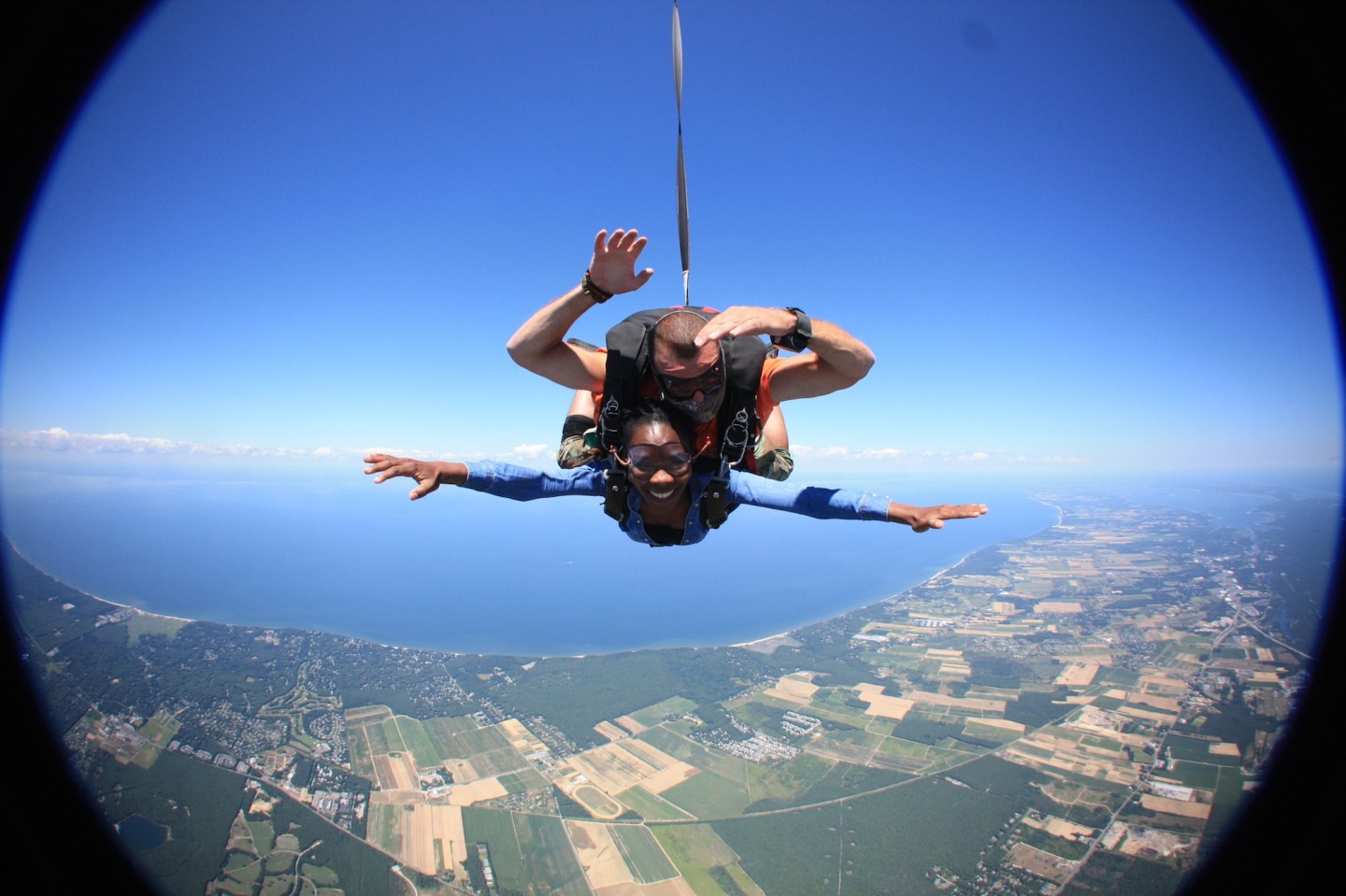 Fortune’s Include U Challenge for September 2:

Do something that scares you today.

Ajayi’s first book, I’m Judging You: The Do-Better Manual debuted at number 5 on the New York Times best-seller list partly because she has completely mastered the internet age and the people knocking around in it. An insightful, often hilarious call for everyone to do better, the book tackles everything from fat-shaming, a clickbait culture that encourages us to go on “garbage benders,” and the very real need to call out oppression and inequality.

In one chapter, “Your Facebook Is My Favorite Soap Opera,” she tackles social media oversharers. “We all know at least one person who performs their love life,” she writes. “You know when they go on the first date, you know when they become official, you know when they’re fighting because they start throwing Maya Angelou quotes up there.”

Her observations on inequality are equally on point. “One thing is clear, humans excel at using our differences as excuses to act like assholes and torment one another.” She writes in “Racism is for Assholes.” In “The Privilege Principle,” she hits a little closer to home. “There comes a time in every upwardly mobile Black person’s life when they encounter someone who tells them how ‘well-spoken’ and ‘articulate’ they are,” Ajayi writes. “It’s microaggressions and instances of casual racism like this that pepper our daily lives, leaving a terrible taste in our collective mouths, and it usually comes from white folks who consider themselves to be liberal, learned, and progressive.”

Ajayi’s book is based on a series of essays from her wildly popular blog, Awesomely Luvvie which has earned her legions of fans on Facebook and Twitter – including some high-profile folks like Issa Rae and Bono.

I’m Judging You is currently being developed into a comedy series by another fan, Shonda Rhimes, as part of Shondaland’s overall deal with ABC. But much of this current success came because of her decision to reboot her life by tackling some very personal fears. It was 2015. Her ‘year of fear,’ began with a solo vacation, and included sky-diving and swimming with dolphins, she tells Fortune. “I don’t typically travel alone, I like my feet on the ground and I don’t want to be underwater,” she laughed.

But as her self-imposed limitations blurred, her options became clearer. “I didn’t think I could write a book,” she said, of her decision to pour everything she believed onto paper. “It’s important to tell people in a real way that their dreams can come true,” she says, “Ask for what you want. Make the world better. We, some more than others, are discouraged from taking the path of least resistance.”

Check out: Ajayi’s Red Pump Project, an organization dedicated to raising awareness about the impact of HIV/AIDS on women and girls.

Hear her out: She’s also headlining the Together Live tour, coming to a city near you.

Today, Luvvie Ajayi asks you to think about where fear may be holding you back.

“Do one thing today that scares you – and you already know what that is! – and go do it. Even if you just make one step toward it, it will help you look at the world differently.”