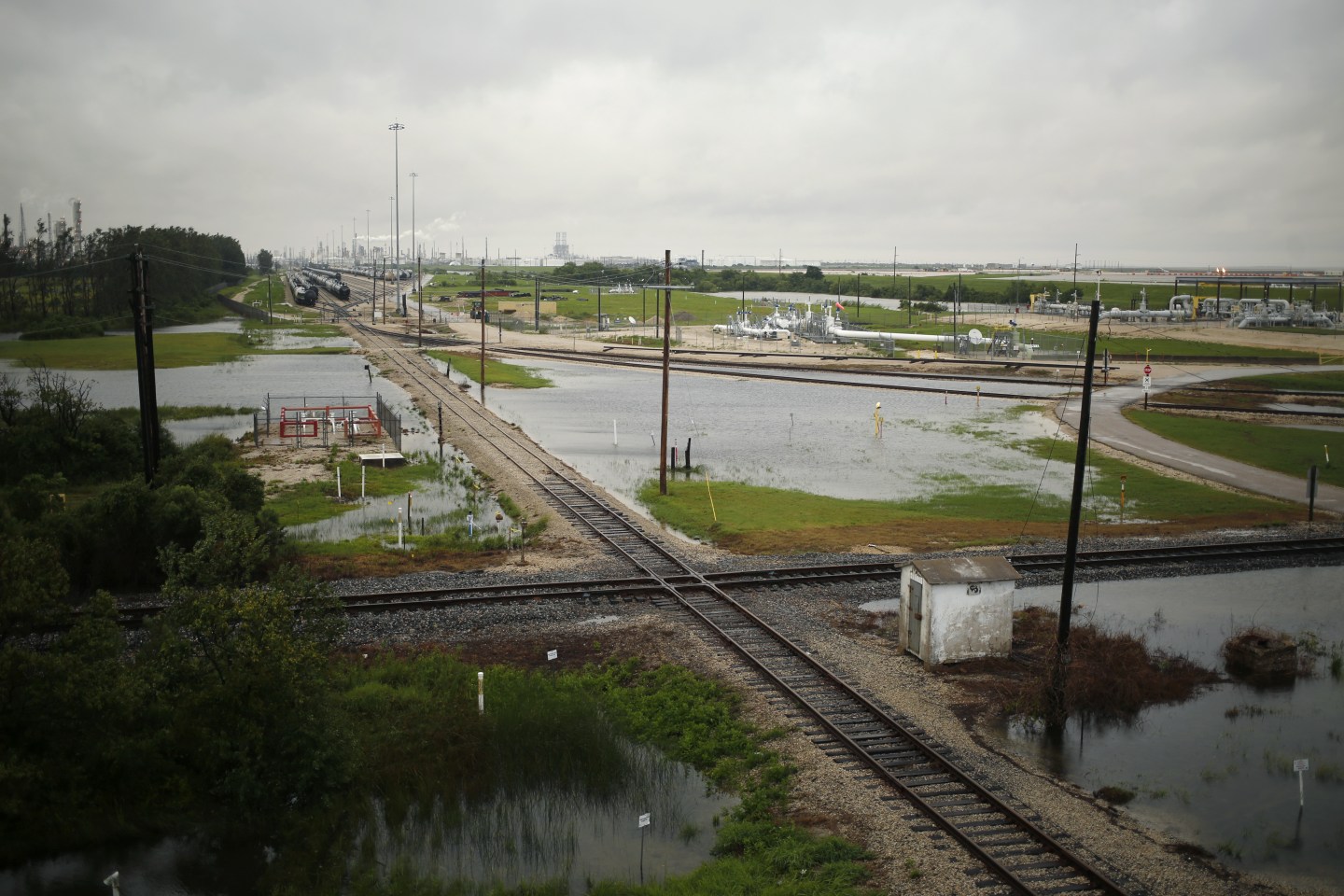 Hurricane Harvey has already taken some 31 lives and sent tens of thousands of people into shelters, fleeing from the deluge. Both Americans and people around the world have been moved by the destruction, donating to a range of efforts supporting the communities affected by the flooding.

But the effects of the storm will extend far beyond the areas where it landed. Harvey hasn’t even ended yet, but already analysts are predicting that it could cost the United States upwards of $100 billion. The storm’s heavy impact on Houston, one of the nation’s most important economic hubs, means that it could have repercussions across the country. Here are a few of the ways it could affect Americans who are well outside the storm’s path.

Houston’s two major airports, George Bush Intercontinental Airport (IAH) and William P. Hobby Airport (HOU), have closed and will remain so indefinitely, with heavy flooding on the roads in their areas. This has a big impact not just on travelers to and from Houston, but on the thousands of passengers who pass through these airports for layovers. Since Friday, 9,400 flights have been canceled around the nation, most of them due to Hurricane Harvey, USA Today reports. United Airlines, which counts Houston as its second-biggest hub, said the earliest that flights may resume would be noon on Thursday. The airline has issued a travel waiver allowing customers to avoid change fees when altering affected reservations. Southwest operates many flights out of Hobby, and it has offered to allow passengers with tickets in and out of Hobby, as well as other affected airports, to change their service.

Houston is oil country, and 13 refineries in the area have been fully or partially shut down. The closures have knocked out more than 10% of the the United States’ gasoline production capacity, the Washington Post reports, and according to Bloomberg, as much as 30% of the country’s refining power could be threatened by the storm. That’s already driving up prices at the pump — the cost per gallon raised one cent between Monday and Tuesday, and could rise 25 cents per gallon in the coming weeks. By contrast, the price of gas rose 40 cents after Hurricane Katrina.

Cotton is a big crop in the Corpus Christie area — the harvest was estimated at 2 million bales this year — and though much of it had already been harvested before the storm, a great deal was likely packed and stored in the fields, where it was open to heavy damage from the storm, CNBC reports. Other commodities stored in the area are also at risk, such as soybeans, corn and wheat. That includes not only crops grown in the area, but crops shipped out via ports on the Gulf Coast. Texas Gulf ports account for 24% of our wheat exports. The 1.2 million cattle across the region in Harvey’s path are also endangered. Bloomberg reports that Texas A&M is working to set up animal sheltering sites to protect livestock. The USDA preemptively offered its support, with Agriculture Secretary Sonny Perdue issuing a statement on Friday saying, “American farmers and ranchers can handle adversity, and USDA is here with resources so they don’t have to go it alone.” The damage and uncertainty are likely to affect prices and futures on commodities from or passing through the region

In the long term, though, analysts predict that the nation’s GDP will not be affected. As Cornell professor Steven Kyle told U.S. News and World Report, “”At the most basic level, we have seen a huge destruction of capital assets — houses, roads, office buildings — and we will then see a burst of economic activity as these are rebuilt.”