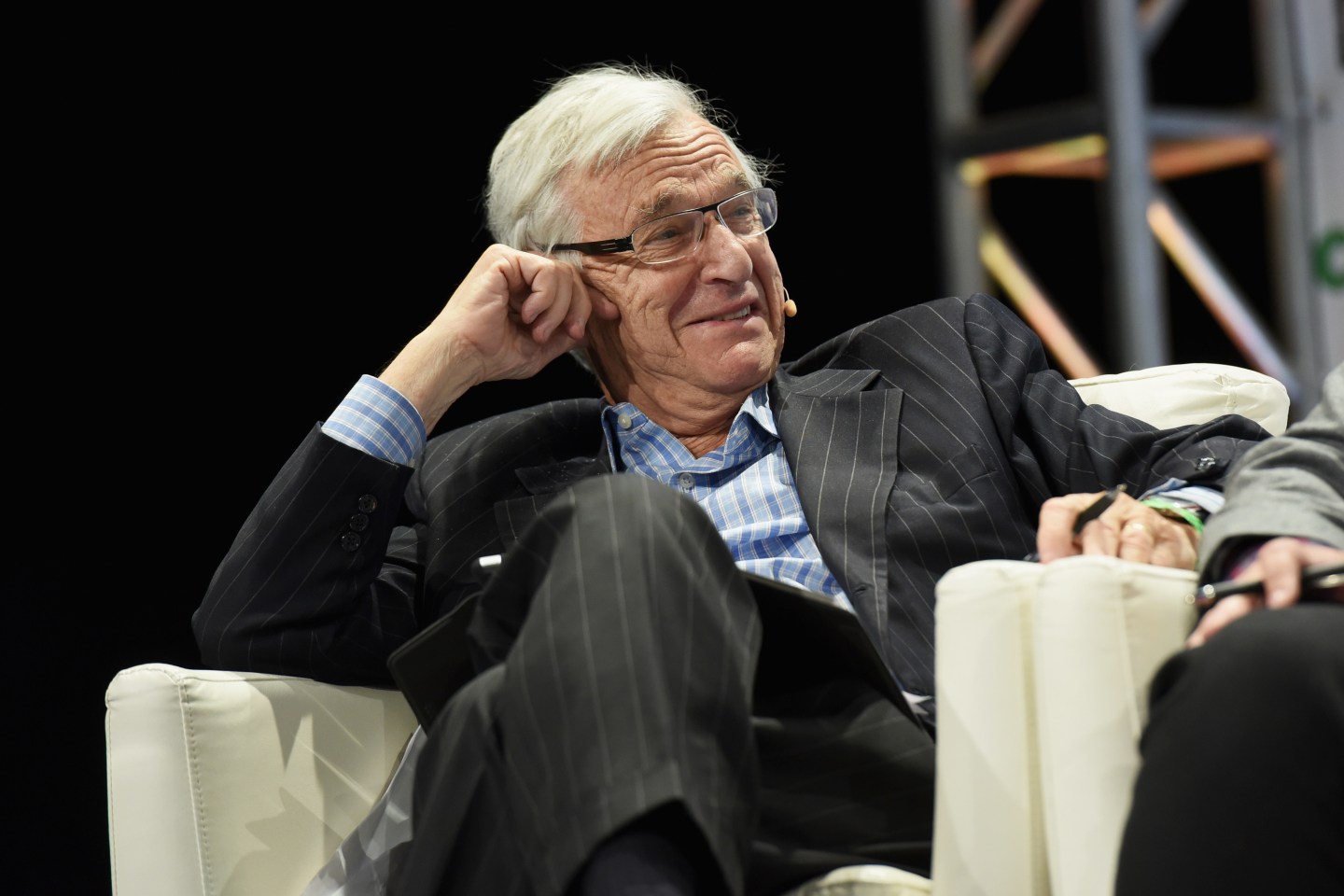 The grandfather of venture capital just made his first bet on bitcoin. Alan Patricof, the founder and managing director of Greycroft, announced on Wednesday a $2 million investment into BitPesa, a startup that uses blockchain to speed up business payments across Africa and Asia.

While the size of the investment is modest, the involvement of Patricof, one of the country’s first venture capitalists, is significant. While his firm has invested in various fintech companies—most notably Venmo, Acorns, and Braintree—Patricof and Greycroft have so far shied away from the crypto-currency space.

In an interview with Fortune, Patricof said his decision to back BitPesa is based on his confidence in the company’s young founder and CEO, Elizabeth Rossiello.

Rossiello stands out in the digital currency world not only because she’s a woman, but because of her educational background. She studied at Columbia University’s School for International and Public Affairs, which is known as a hothouse of UN-types and lefty activists—but also snuck away to take corporate finance classes at the business school.

After a stint at Goldman Sachs, Rossiello worked in Africa where she discovered how people relied on SIM cards and national phone carriers to do their banking. This experience helped her see the potential for different payment platforms—including bitcoin wallets, which let people conduct transactions without intermediary actors that siphoned off high fees.

This led Rossiello to launch BitPesa as a cheap and efficient way to make business payments in places like Kenya, Nairobi, and Uganda. Increasingly, BitPesa is helping companies with more global transactions; she cited the example of an East African firm using BitPesa to purchase a fleet of cars from a Japanese exporter.

BitPesa, which also provides remittance services, deploys APIs to work a network of banks and mobile payments. This means that some customers may not even be aware that BitPesa is relying on the bitcoin network to conduct and record the transaction.

In its latest funding round, BitPesa raised a total of $3 million from Greycroft and Plug and Play. This brings total investment in the company to over $10 million, following a $2.5 million Series A in January (which included a few very small contribution from Greycroft), and earlier investments from angels and seed investors.

As for bitcoin’s volatility and relatively slow transaction speed (it takes ten minutes or more for a payment to register on the blockchain), Rossiello countered that bitcoin is infinitely superior to wire transfers, which can take days and provide unreliable records. She also noted that many African currencies are actually more volatile than bitcoin.

BitPesa, however, doesn’t hold onto bitcoin to store or trade, but instead relies on third parties like bitcoin-giant Circle to provide the liquidity it needs. Patricof said he likes this attribute about the company, saying it means BitPesa is not a speculative enterprise and isn’t exposed to the price swings that regularly jolt crypto-currency markets.

Patricof added that, unlike many New York venture capitalists, he does not hold any bitcoin for himself. That’s not the case, though, with Rossiello.

“Of course I do,” she said. “I use it because I want to do what the experience is like for my partners. It’s as if I built a highway—I would drive a truck on it to make sure it went smoothly.”