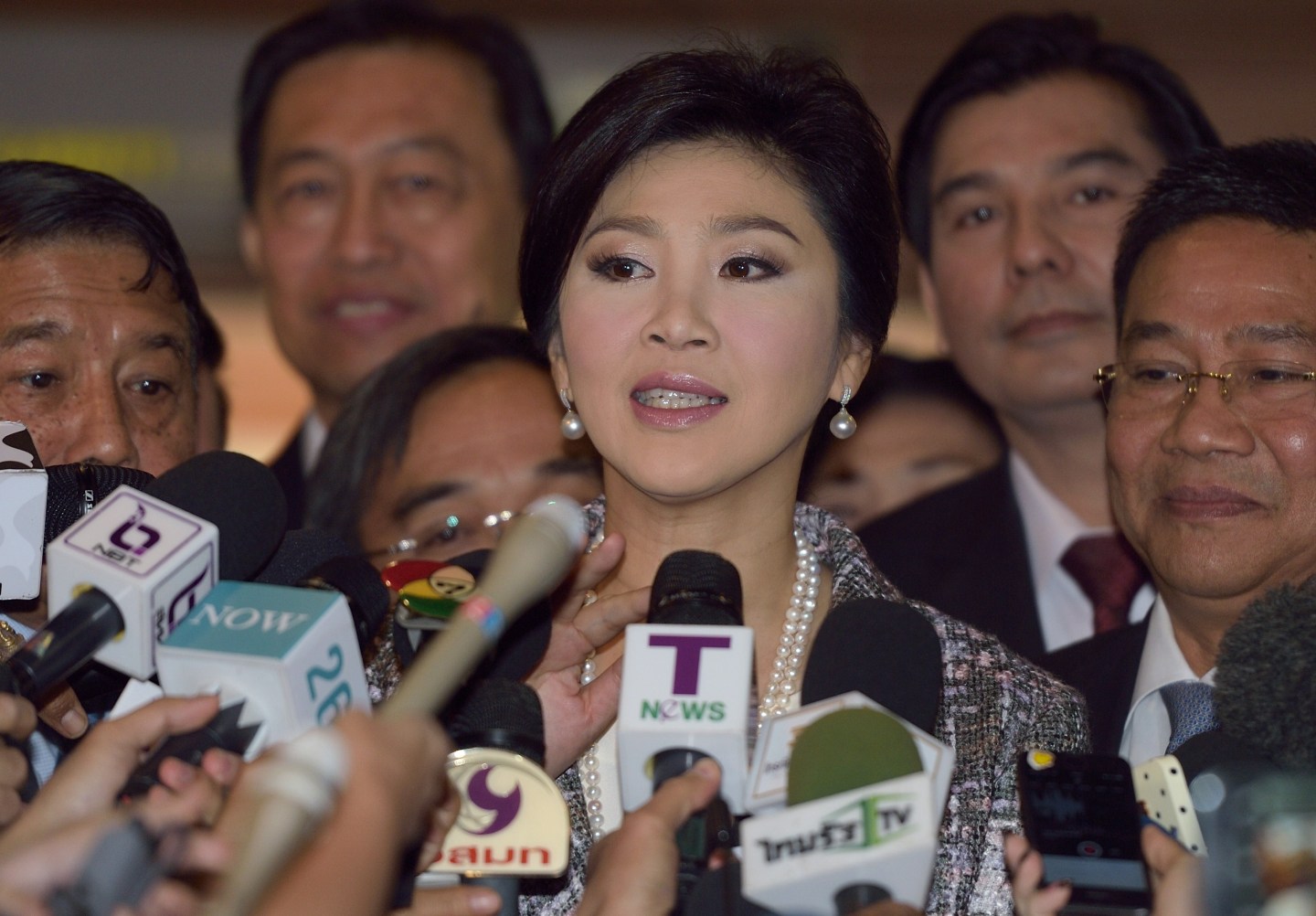 Ousted Thai prime minister Yingluck Shinawatra (C) answers questions posed by members of the media prior to facing impeachment proceedings by the military-stacked National Legislative Assembly (NLA) at the parliament in Bangkok on January 22, 2015. Shinawatra was on January 22 expected to give a final statement at a hearing over a controversial rice subsidy scheme, a day before the junta-picked national assembly votes on whether or not to impeach her. AFP PHOTO / PORNCHAI KITTIWONGSAKUL (Photo credit should read PORNCHAI KITTIWONGSAKUL/AFP/Getty Images)
Photograph by Pornchai Kittiwongsakul — AFP/Getty Images

The former prime minister of Thailand, Yingluck Shinawatra, has reportedly fled the country ahead of the verdict in her negligence trial.

According to local sources cited by both CNN, Reuters, and the BBC, Yingluck didn’t turn up for the reading of the Supreme Court’s verdict on Friday morning and has left Thailand, apparently through unofficial channels. It’s unclear where she fled to.

The court has now issued a warrant for Yingluck’s arrest.

The former prime minister, whose brother Thaksin Shinawatra previously held the same role, was ousted in a 2014 military coup. Even though Yingluck was already out of office, junta-backed legislators carried out a vote to impeach her the following year over her alleged negligence in a controversial scheme to pay Thai rice farmers inflated prices for their crops, drive up global rice prices by hoarding the grain, and resell the rice at higher prices.

The subsidy scheme didn’t work, costing the country $8 billion and leaving it with vast stockpiles of rice.

If convicted, Yingluck, who says she was trying to benefit farmers and country, will face up to a decade in prison. However, the verdict needs to come out first and, after Friday’s no-show, the court has set a new verdict-reading date for September 27.

Ahead of Friday’s aborted court session in Bangkok, the police had deployed around 4,000 officers to the capital in anticipation of potential violence due to the outcome.