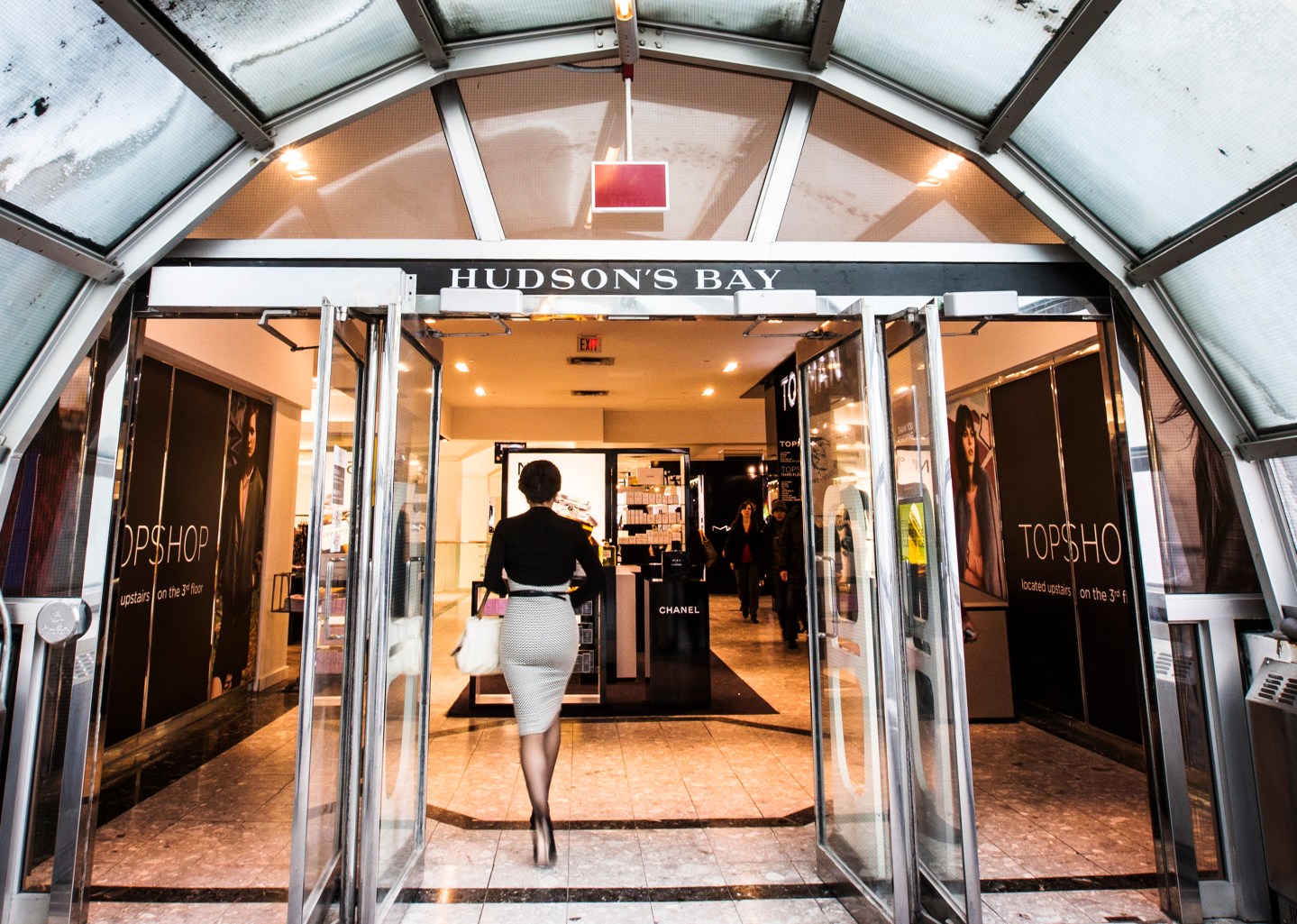 Hudson’s Bay Co, the owner of the Saks Fifth Avenue and Lord & Taylor retail chains, is seeking to carry out a review of its options, including going private, following pressure from an activist shareholder, people familiar with the matter said.

Hudson’s Bay, which is already working with an investment bank to defend itself against activist hedge fund Land and Buildings, has been seeking to hire another financial adviser to carry out the review, the people said this week.

The review will consider all available options, from the possibility of the company going private to potential sales of retail assets and real estate, the sources said, cautioning that no transaction is certain.

The sources asked not to be identified because the deliberations are confidential. Hudson’s Baydeclined to comment.

Hudson’s Bay shares were trading up 12 percent at C$11.33 on the news, giving the company a market capitalization of around C$2.1 billion ($1.7 billion).

The shares have lost close to 40 percent of their value in the last 12 months as the company struggles with a decline in sales with consumers continuing their shift away from malls to online retailers.

Hudson’s Bay has more than $10 billion in real estate assets, with the flagship Saks store on Fifth Avenue in New York alone valued at $3.7 billion.

Land and Buildings escalated the pressure last month, saying it would seek to nominate directors to serve on the company’s board unless the company took major steps to increase its stock price, including potentially selling Saks Fifth Avenue.

Litt has also indicated his is open to Hudson’s Bay developing its own plan.

Hudson’s Bay has been successful over the years in attracting major property investors, such as RioCan Real Estate Investment Trust, in joint ventures that have allowed it to place more debt on its retail assets and seek to boost returns from rent and the value of the real estate.

However, the strategy has reached it limits as the company’s sales have failed to keep pace with its ambitions for expansion. After reporting a wider-than-expected first-quarter loss in June, the company said it would cut about 2,000 jobs across North America.