Amazon Wants You to Go to Whole Foods as Often as You Go to Amazon.com 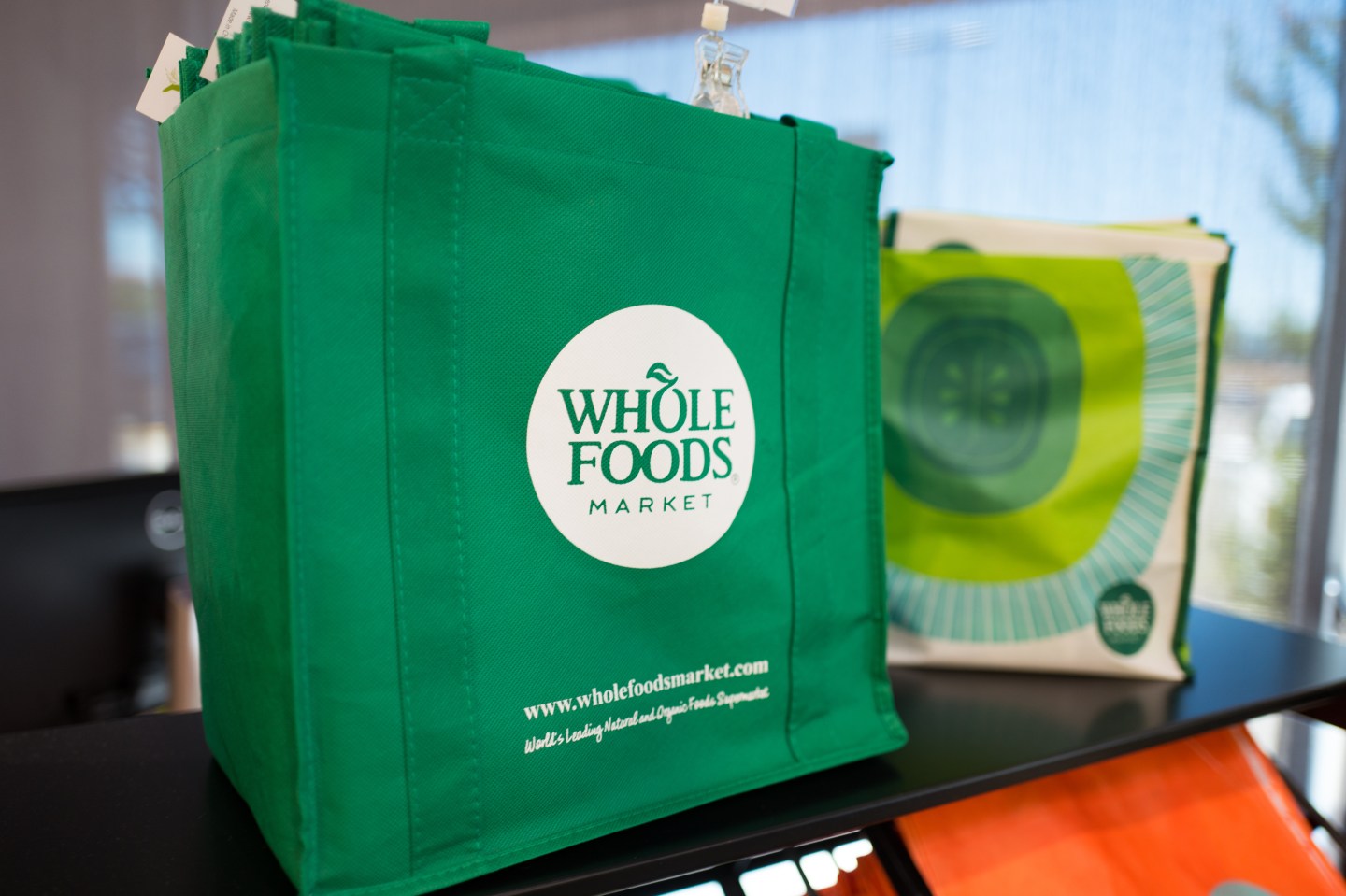 Jeff Bezos is about to one-up your grocery store loyalty program.

Today, millions of consumers get lower prices and other perks in exchange for favoring one store chain over another. Starting Monday, Amazon.com Inc. will lavish its most loyal customers with similar benefits and more when they shop at Whole Foods Market Inc., the high-end grocery chain it’s buying for $13.7 billion.

People who already pay $99 for Amazon Prime’s free shipping, streaming music and video will have another reason to renew each year: cheaper organic avocados, eggs and chicken.

Tying Prime membership to grocery buying habits plays squarely into Amazon’s strategy of selling all things to all people. While likely boosting Prime’s membership rolls, it could also induce a broader range of customers to stop more often at Whole Foods — a company that has a reputation for being too pricey for many shoppers.

“Part of what Amazon is trying to do is translate that higher frequency traffic to Whole Foods,” said Mike Levin, co-founder of Consumer Intelligence Research Partners LLC. “Ties between Prime membership and Whole Foods will make those stores a more standard destination for these shoppers.”

Every supermarket and drugstore hands out loyalty cards or asks customers to sign up and shop more. Mostly customers ignore these when deciding where to buy. Not Prime customers.

“Prime customers are very suggestable and leadable, extremely loyal and spend a lot more at Amazon than others,” Levin said. About 63 percent of Amazon customers in the U.S. have Prime and they spend $1,300 a year on goods from the retailer, compared with $700 for non-members, CIRP estimates. They purchase from Amazon 25 times a year on average, 11 more visits than non-Prime customers. The company won’t say how many Prime members it has, although CIRP put that number at 85 million in the U.S. as of June 2017, about a quarter of the country’s population.

Wall Street analysts once fretted about the cost to the company of Prime’s free two-day shipping. Now it’s the goose that laid the golden egg, and Amazon wants it to nest right next to Whole Foods cage-free brown eggs.

About 60 percent of Whole Foods shoppers are already Prime members, CIRP estimates. This still leaves millions of new members to lure through those new in-store deals and the loyalty program. But the biggest potential gains will come in Whole Foods stores, Levin and others say. “It’s an opportunity for Whole Foods to capture more wallet share of its best customers, provided the program has the right components and you really get rewarded for shopping at or visiting Whole Foods,” said Sucharita Mulpuru, a retail industry analyst.Amazon’s new physical bookstores have Prime tightly integrated into store transactions and they have a distinct pricing structure for Prime customers, she noted. “It doesn’t even make sense to purchase in an Amazon bookstore unless you have Prime,” Mulpuru added. “I doubt they’ll be quite that drastic with Whole Foods but I do think they’ll incentivize shoppers quite a bit to associate their Prime account with their Whole Foods transaction.”