Here’s Who Will Really Win the Mayweather-McGregor Fight 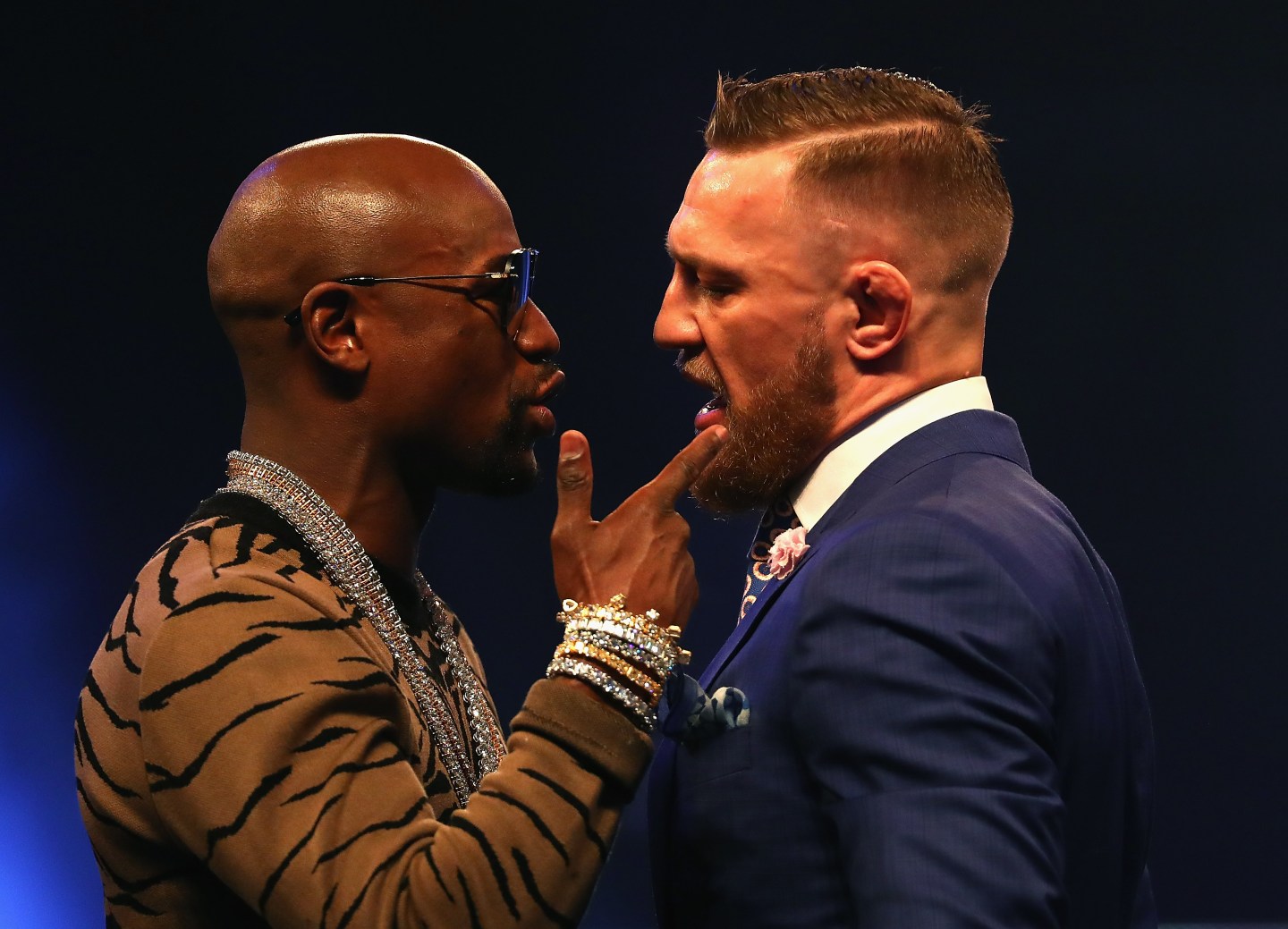 It’s been the sports question of the summer.

Can the Ultimate Fighting Championship’s Conor McGregor, 29, actually beat the odds? Can he move from the Octagon to the ring and upset Floyd Mayweather, the now-unretired and undefeated boxer, with a genuine claim to being the greatest of his generation?

The answer, at least in sports business terms, is that it doesn’t really matter. Whatever happens on the night of Aug. 26, UFC has already scored a major victory.

The UFC has served as the venue for McGregor’s gripping rise from an apprentice plumber in Dublin to mixed martial arts champ in two weight classes. And this bout caps UFC’s evolution from fringe upstart to dominant player in a now mainstream sport.

What’s special about this moment is that, all through the tawdry, even vulgar promotion of the fight, and at least as long as McGregor remains upright in Las Vegas, the UFC will have spent months on equal footing with boxing, the central combat sport of the 20th century—the best fighters from two worlds on one stage, again and again.

MMA has steadily risen in popularity since being called “human cockfighting” by Sen. John McCain in the 1990s, when it was banned in many places for being too vicious. But as the game became more regulated, it was gradually legalized, and New York—the final holdout—lifted its ban last year. McGregor promptly fought at Madison Square Garden, knocking out Eddie Alvarez for the UFC lightweight belt.

Fans have long been drawn to UFC’s ultra-aggressive fighting style, its R-rated trash-talking that owes a hat tip to professional wrestling, and its string of stars, from Chuck Liddell to Ronda Rousey to McGregor himself. Even more importantly, the circuit landed a seven-year broadcast deal with Fox in 2011.

UFC’s now-former owners, brothers Frank and Lorenzo Fertitta, plus UFC president Dana White—who collectively ran the league through a parent company called Zuffa—sold it to WME-IMG last summer for $4 billion. Just for perspective, the NBA’s Los Angeles Clippers sold for $2 billion in 2014, in what was considered a shockingly high price at the time.

Boxing, meanwhile, still enjoys popularity, particularly among Latino audiences, but it’s not typically the headline sport it was in the golden age of heavyweights Muhammad Ali, Joe Frazier, and George Foreman, let alone a century ago, when boxing, horse racing, and baseball stood out in the American sports landscape.

Also, it’s not a good sign when the obvious pick to take on McGregor in the big crossover bout is, despite his 49-0 professional record, a 40-year-old athlete who hasn’t been in the ring for nearly two years.

Boxing simply doesn’t have a lot of marquee names right now. Manny Pacquiao, the veteran star from the Philippines, is 38, already lost to Mayweather in an infamously dull but lucrative fight, and was defeated just last month by Jeff Horn in a controversial decision. Britain’s Anthony Joshua has earned a couple of heavyweight belts and stopped Wladimir Klitschko in April before a big Wembley Stadium crowd, but he’s still on the way up.

What it all means is that, the UFC as a league, and MMA as a sport, head into McGregor-Mayweather in a virtually no-lose position.

If Mayweather wins, well, it’s a little like when the Green Bay Packers routed the Kansas City Chiefs in the first Super Bowl. What did you expect from the mighty NFL? Yet the AFL already had convinced the bigger league to merge when that game happened. The little guys were there to stay, and two years later, the New York Jets knocked off the NFL champion Baltimore Colts.

Similarly, the UFC won’t fall apart even if McGregor does. And rest assured the Irishman’s fans will be quick to note he had the guts to fight Mayweather on Mayweather’s terms, not under MMA rules.

Now, if McGregor’s devastating left hand somehow finds Mayweather’s jaw and the improbable —some would say nearly impossible—happens, well, the next thing you’re going to see is a whole bunch of articles debating the death of boxing. Given a choice, why would anybody pay for a boxing match pay-per-view over a UFC one after that?

Perhaps the biggest sign just how powerful the UFC masterminds have become in the fight game —no matter the discipline—occurred during the McGregor-Mayweather promotion tour. As noted by MMA Junkie, at the Toronto stop, White, the ultimate booster of MMA, wore a T-shirt.

What’s that mean? To paraphrase one of McGregor’s better-known quotes, it means MMA has come not to take part in boxing, but to take over.

John Affleck is Knight chair in sports journalism and society at Penn State.