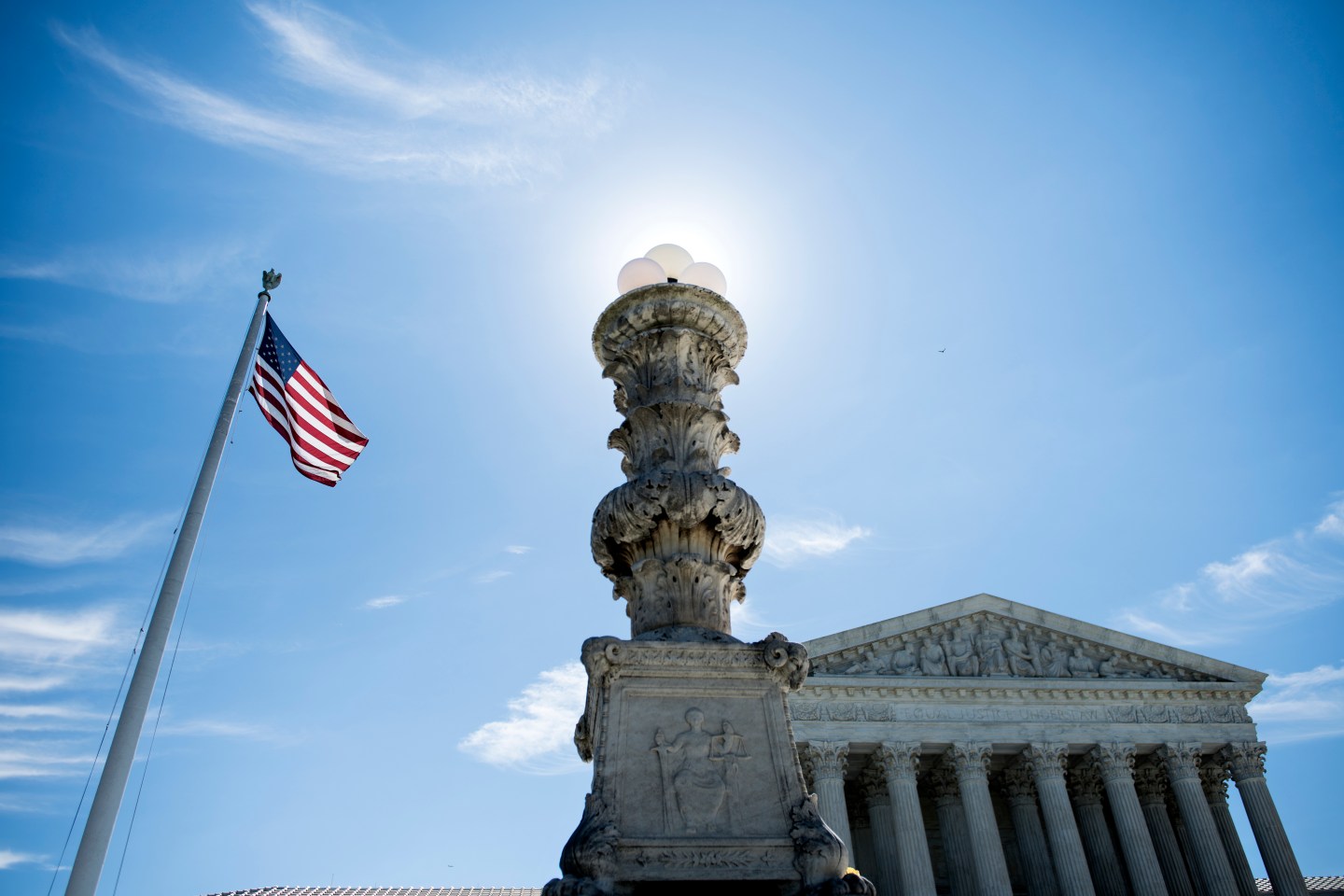 More than a dozen high technology companies and the biggest wireless operator in the United States, Verizon Communications (VZ), have called on the U.S. Supreme Court to make it harder for government officials to access individuals’ sensitive cellphone data.

The companies filed a 44-page brief with the court on Monday night in a high-profile dispute over whether police should have to get a warrant before obtaining data that could reveal a cellphone user’s whereabouts.

Signed by some of Silicon Valley’s biggest names, including Apple, Facebook, Twitter, Snap and Alphabet’s Google, the brief said that as individuals’ data is increasingly collected through digital devices, greater privacy protections are needed under the law.

“That users rely on technology companies to process their data for limited purposes does not mean that they expect their intimate data to be monitored by the government without a warrant,” the brief said.

The justices agreed last June to hear the appeal by Timothy Carpenter, who was convicted in 2013 in a series of armed robberies of Radio Shack and T-Mobile stores in Ohio and Michigan.

Federal prosecutors helped place him near several of the robberies using “cell site location information” obtained from his wireless carrier.

Carpenter claims that without a warrant from a court, such data amounts to an unreasonable search and seizure under the U.S. Constitution’s Fourth Amendment. But last year a federal appeals court upheld his convictions, finding that no warrant was required.

Carpenter’s case will be argued before the court some time after its new term begins in October.

The case comes amid growing scrutiny of the surveillance practices of U.S. law enforcement and intelligence agencies and concern among lawmakers across the political spectrum about civil liberties and police evading warrant requirements.

Nathan Freed Wessler, an attorney with the American Civil Liberties Union who is representing Carpenter, said the companies’ brief represented a “robust defense of their customers’ privacy rights in the digital age.”

Verizon’s participation in the brief was important, he added, given that it receives, like other wireless carriers, thousands of requests for cellphone location records every year from law enforcement. The requests are routinely granted.

The companies said in their brief the Supreme Court should clarify that when it comes to digital data that can reveal personal information, people should not lose protections against government intrusion “simply by choosing to use those technologies.”