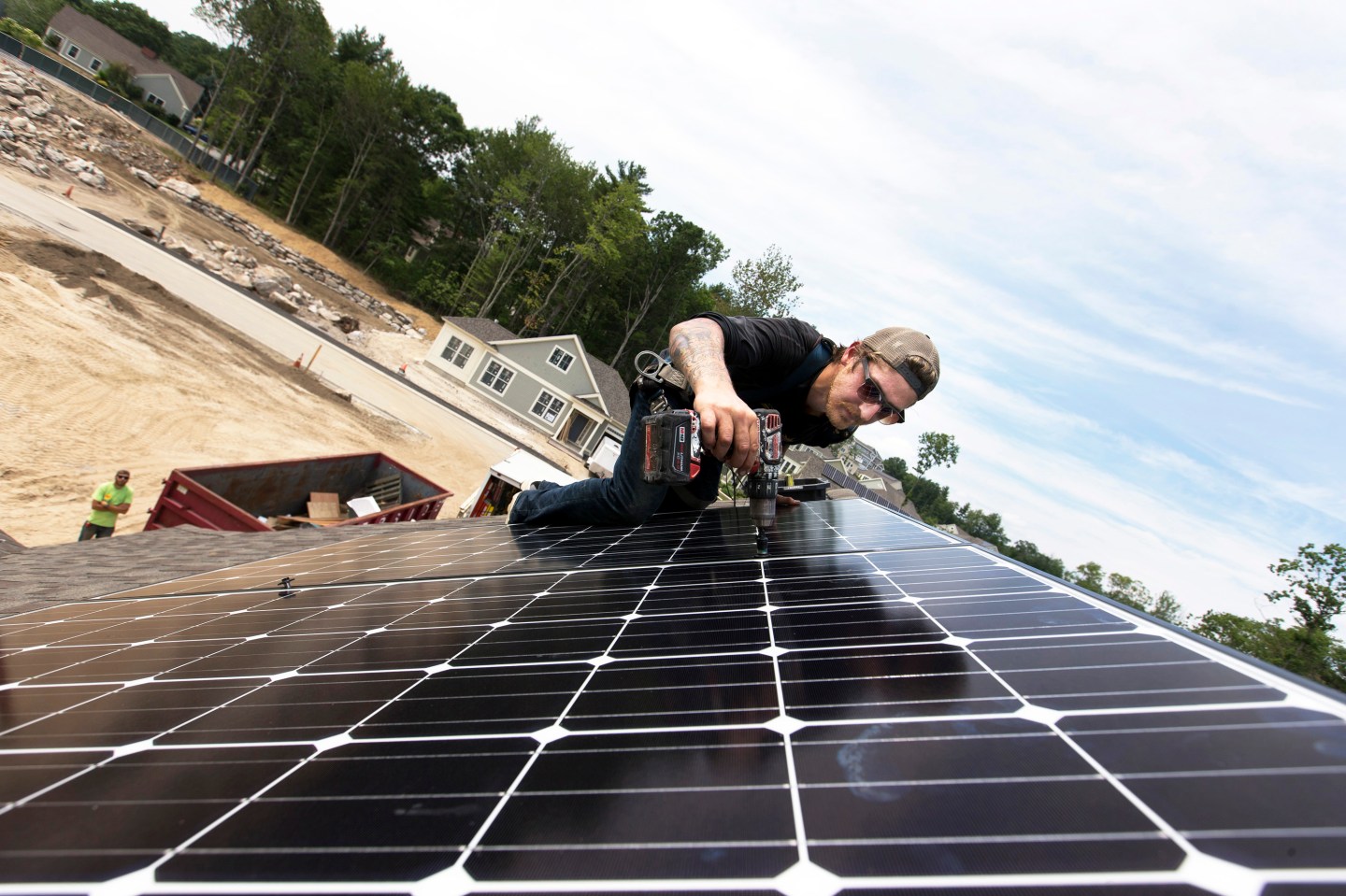 A bitterly divided U.S. solar power industry descended on Washington on Tuesday to testify before a government panel that has been asked to impose steep tariffs on imported solar panels.

The trade case, brought by panel maker Suniva, has created a rift between the sector’s struggling U.S. manufacturers and the much bigger domestic industry that installs and develops solar projects.

Suniva filed a petition seeking the tariffs with the International Trade Commission in April, nine days after the company sought Chapter 11 bankruptcy protection. Suniva, which has been majority owned by Hong Kong-based Shunfeng International Clean Energy since 2015, makes panels in Georgia and Michigan.

The company contends that a glut of panels manufactured abroad has depressed prices and made it difficult for American producers to compete. The petition has drawn support from an Oregon-based subsidiary of Germany’s SolarWorld AG

Much of the industry, including the powerful Solar Energy Industries Association trade group, has said tariffs on overseas panels would drive up the price of solar power just as it has become competitive with electricity generated by fossil fuels such as natural gas and coal.

The hearing was part of the ITC’s process to determine whether imports have indeed harmed domestic producers. If it finds serious injury by a Sept. 22 deadline, the commission by Nov. 13 will recommend remedies to President Donald Trump. He does not have to take the commission’s recommendation.

At the hearing, SolarWorld Americas Chief Executive Juergen Stein testified that an oversupply of cheap Chinese-made panels has prevented U.S. manufacturers from profiting from the boom in solar energy over the last five years, noting that his company laid off 360 workers last month.

“These job losses should not be happening in an industry where demand is so strong,” Stein said.

A number of businesses and government officials testified in opposition to the trade case. SunPower Corp Chief Executive Tom Werner said that solar power, despite robust government support during its rapid growth, was now “on a glide path to being a fully self-sustaining industry.”