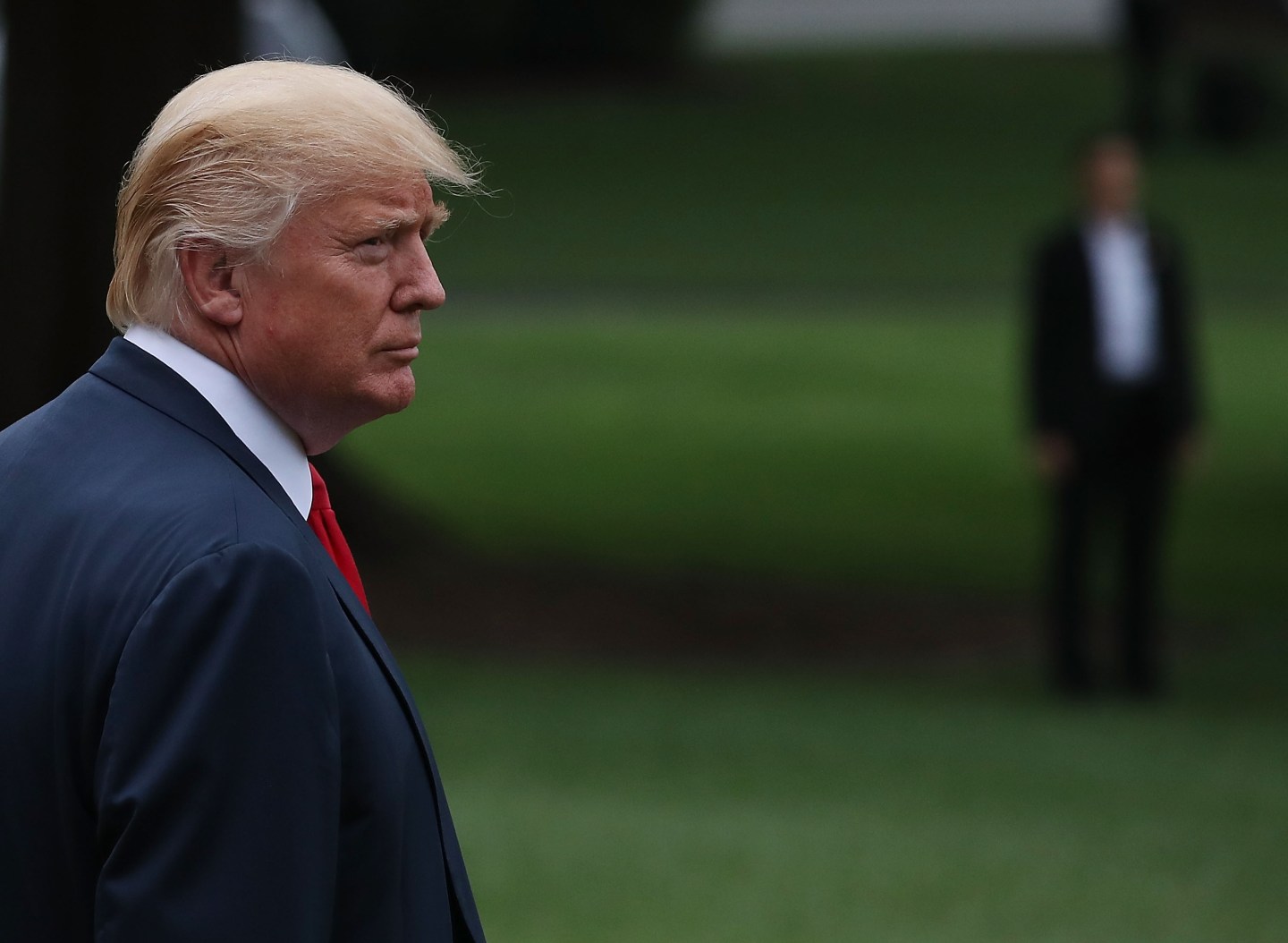 WASHINGTON, DC - AUGUST 14: US President Donald Trump walks toward Marine One on the South Lawn at the White House, on August 14, 2017 in Washington, DC. President Trump is traveling to New York where he will attend his first meeting of the United Nations General Assembly. (Photo by Mark Wilson/Getty Images)
Mark Wilson—Getty Images

President Donald Trump on Monday authorized an inquiry into China’s alleged theft of intellectual property in the first direct trade measure by his administration against Beijing, but one that is unlikely to prompt near-term change.

Trump broke from his 17-day vacation in New Jersey to sign the memo in the White House at a time of heightened tensions between Washington and Beijing over North Korea’s nuclear ambitions.

The investigation is likely to cast a shadow over relations with China, the largest U.S. trading partner, just as Trump is asking Beijing to step up pressure against Pyongyang.

U.S. Trade Representative Robert Lighthizer will have a year to look into whether to launch a formal investigation of China’s trade policies on intellectual property, which the White House and U.S. industry lobby groups say are harming U.S. businesses and jobs.

Trump administration officials have estimated that theft of intellectual property by China could be as high as $600 billion.

Experts on China trade policy said the long lead time could allow Beijing to discuss some of the issues raised by Washington without being seen to cave to pressure under the threat of reprisals.

Although Trump repeatedly criticized China’s trade practices on the campaign trail, his administration has not taken any significant action. Despite threats to do so, it has declined to name China a currency manipulator and delayed broader national security probes into imports of foreign steel and aluminum that could indirectly affect China.

“I’m sure they will formally reject this if an investigation is launched and there is an implication this is going to require negotiation to resolve it,” said Matthew Goodman, a senior adviser for Asian economics at the Washington-based Center for Strategic and International Studies.

Jonathan Fenby, an analyst at the TS Lombard consultancy, said China was not interested in a short-term trade fix with the United States and will resist “attempts to tie it down.”

China’s policy of forcing foreign companies to turn over technology to Chinese joint venture partners and failure to crack down on intellectual property theft have been longstanding problems for several U.S. administrations.

The Information Technology Industry Council, the main trade group for U.S. technology giants, such as Microsoft, Apple and Google, said it hoped China would take the administration’s announcement seriously.

“Both the United States and China should use the coming months to address the issues causing friction in the bilateral trade relationship before Presidents Trump and Xi have their anticipated meeting ahead of the November APEC leaders meeting,” ITI President Dean Garfield said in a statement.

In an editorial on Monday, the state-run China Daily newspaper said the investigation will “poison” relations and warned the Trump administration not to make a rash decision it could regret.

Trump had been expected to seek a so-called Section 301 investigation earlier this month, but an announcement was postponed as the White House pressed for China’s cooperation on North Korea.

Section 301 of the Trade Act of 1974, a popular trade tool in the 1980s that has been rarely used in the past decade, allows the president to unilaterally impose tariffs or other trade restrictions to protect U.S. industries from “unfair trade practices” of foreign countries.