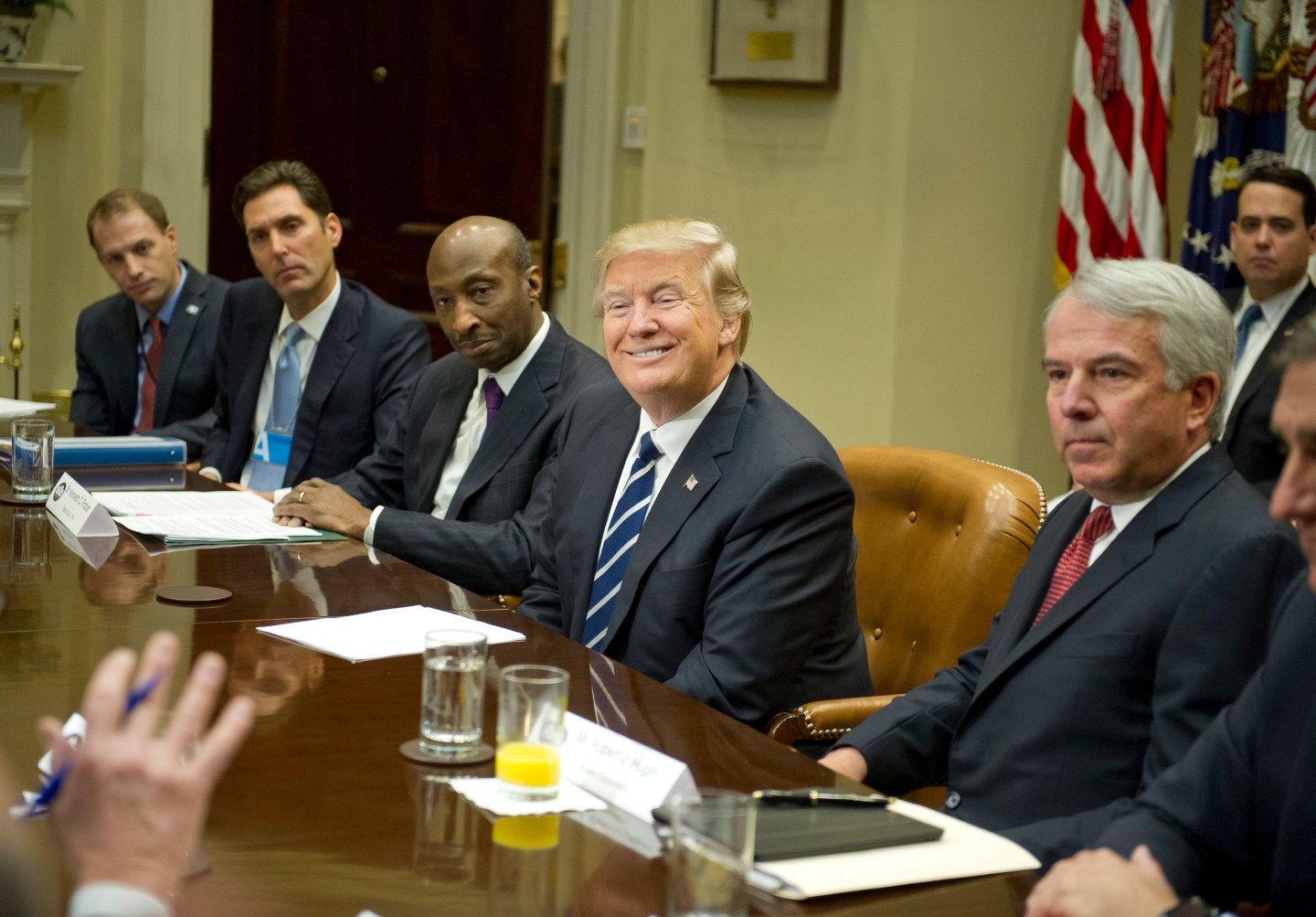 Ken Frazier, the CEO of pharmaceutical giant Merck, didn’t mince words Monday morning when it came to President Donald Trump’s response to a white supremacist march Charlottesville, Va. that resulted in one counter protester’s death and injury to many more. He said Monday that he was quitting Trump’s “American Manufacturing Council,” a group of executives recruited to advise the president about creating jobs.

Other major biopharma executives have mostly stayed silent about the latest unrest. Several others in the group have since joined in complaining about the president’s response to the incident, but they stopped short of quitting. Previously, however, big names in the life sciences openly criticized Trump on race-related policies such as immigration.

Frazier is one of the few African-American CEOs of a Fortune 500 company. In announcing his resignation on Twitter, he said, “America’s leaders must honor out fundamental values by clearly rejecting expressions of hatred, bigotry, and group supremacy, which run counter to the American ideal that all people are created equal.”

The other big pharmaceutical executive on Trump’s council, Johnson & Johnson CEO Alex Gorsky, has yet to comment publicly about whether he will remain in the group. Fortune has contacted the company for a comment and will update this post if it responds.

But many players in biotech (and some in pharma) were more vocal during another controversial moment in Trump’s presidency: His travel ban targeting Muslim refugees and people from certain Muslim-majority countries.

At the time, corporate leaders in the life sciences like Allergan CEO Brent Saunders, Alnylam chief John Maraganore, and bluebird bio’s Nick Leschly condemned the immigration rollback as antithetical to American values of diversity. They also said it would shrink their access to a global talent pool (or, at the very least, to send the wrong message to other nations that might otherwise serve as intellectual resources).

“[Allergan] is strong & bold bc of diversity. Oppose any policy that puts limitations on our ability to attract the best & diverse talent,” Saunders said in a tweet.

One week later, the life sciences journal Nature Biotechnology published a letter signed by more than 160 biotech CEOs, academics, and health care venture capitalists that slammed Trump’s immigration executive order. Since then, the order has been at the center of court battles.

One potential reason for the relative silence by pharmaceutical executives about Frazier’s resignation is fear of public shaming for high drug prices (or just in general) by Trump. The medical cost issue is one that Trump has championed on the campaign trail and since he took office—though his reported draft policies on the matter would actually roll back regulations on the industry.

In fact, Trump quickly tweeted a response to Frazier’s resignation about public criticism. Trump fired back—less than a month after praising Merck for bringing jobs to the U.S.—saying Frazier could now focus on reducing prices after leaving the council.

Now that Ken Frazier of Merck Pharma has resigned from President's Manufacturing Council,he will have more time to LOWER RIPOFF DRUG PRICES!

Then again, Merck’s stock stayed flat on Monday despite Trump’s condemnation. The market’s shoulder shrug at Frazier’s actions and Trump’s responses to them may be a sign that investors are starting to ignore the president’s policy threats.

That’s in sharp contrast to earlier this year, when drug company shares cratered every time Trump even mentioned drug prices, including a massive plunge when he said that pharma companies were “getting away with murder” on pricing.