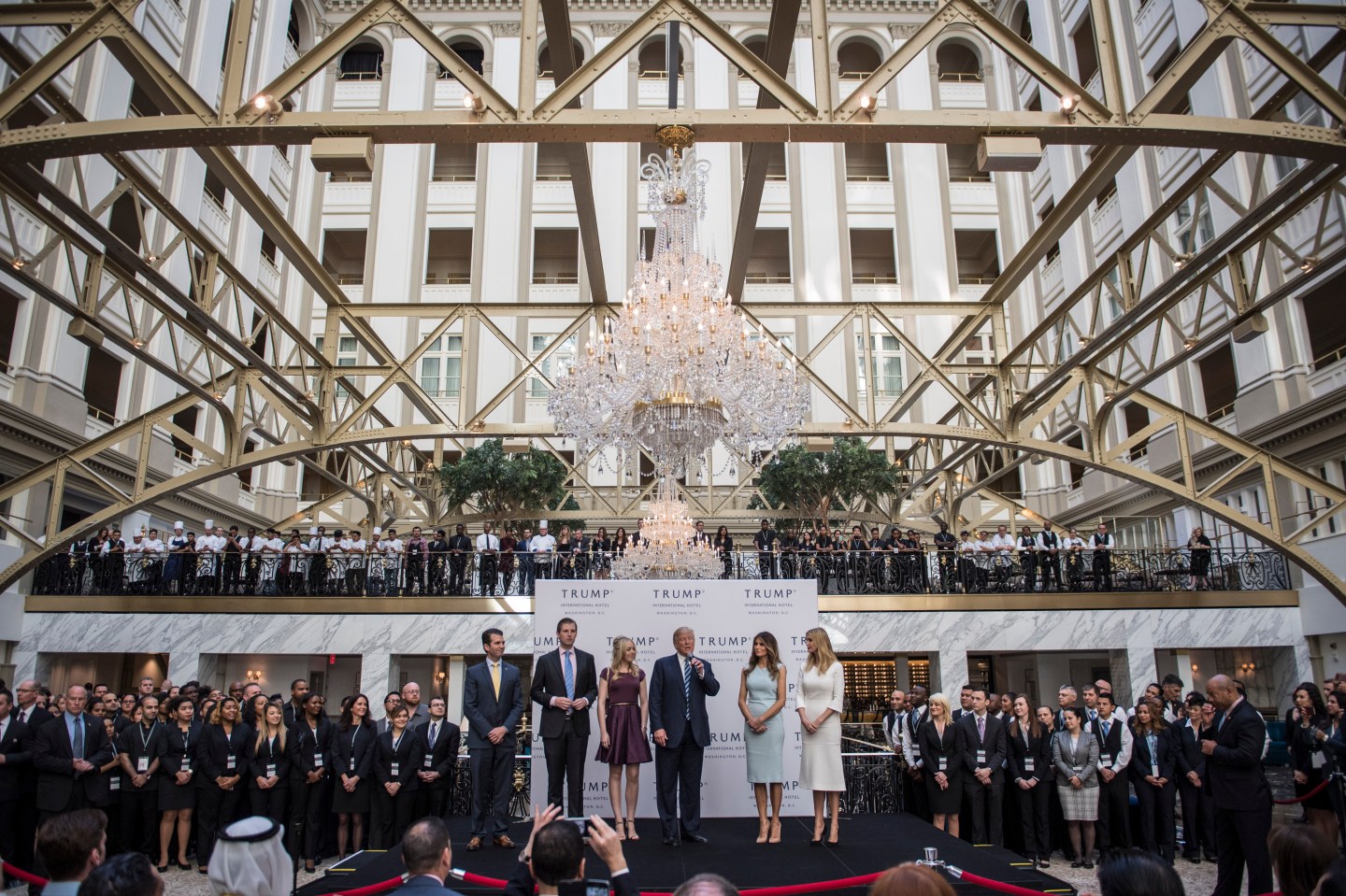 The Trump International Hotel made $1.97 million in the first four months of 2017, the Washington Post reports, despite company projections that it would lose $2.1 million during that time period. That’s a 192 percent improvement over what the Trump family predicted when the hotel opened last fall.

Guests in 2017 have spent an average of $652.98 a night, making it one of, if not the most expensive hotel in the city and beating company expectations by 57 percent. Visitors have spent $8.2 million on food and drinks this year, beating expectations by 37.2 percent.

“We are very proud of the success of the project,” the president’s son Eric Trump, who now runs the company with his brother, told the Post.

And there’s still room for the hotel, a conversion of the Old Post Office Pavilion, to bring in even more money. It rented out less than half its rooms in the first half, posting an occupancy rate of 42.3 percent. The profitability of an upscale hotel typically peaks at an occupancy rate of around 78%, according to recent industry research.