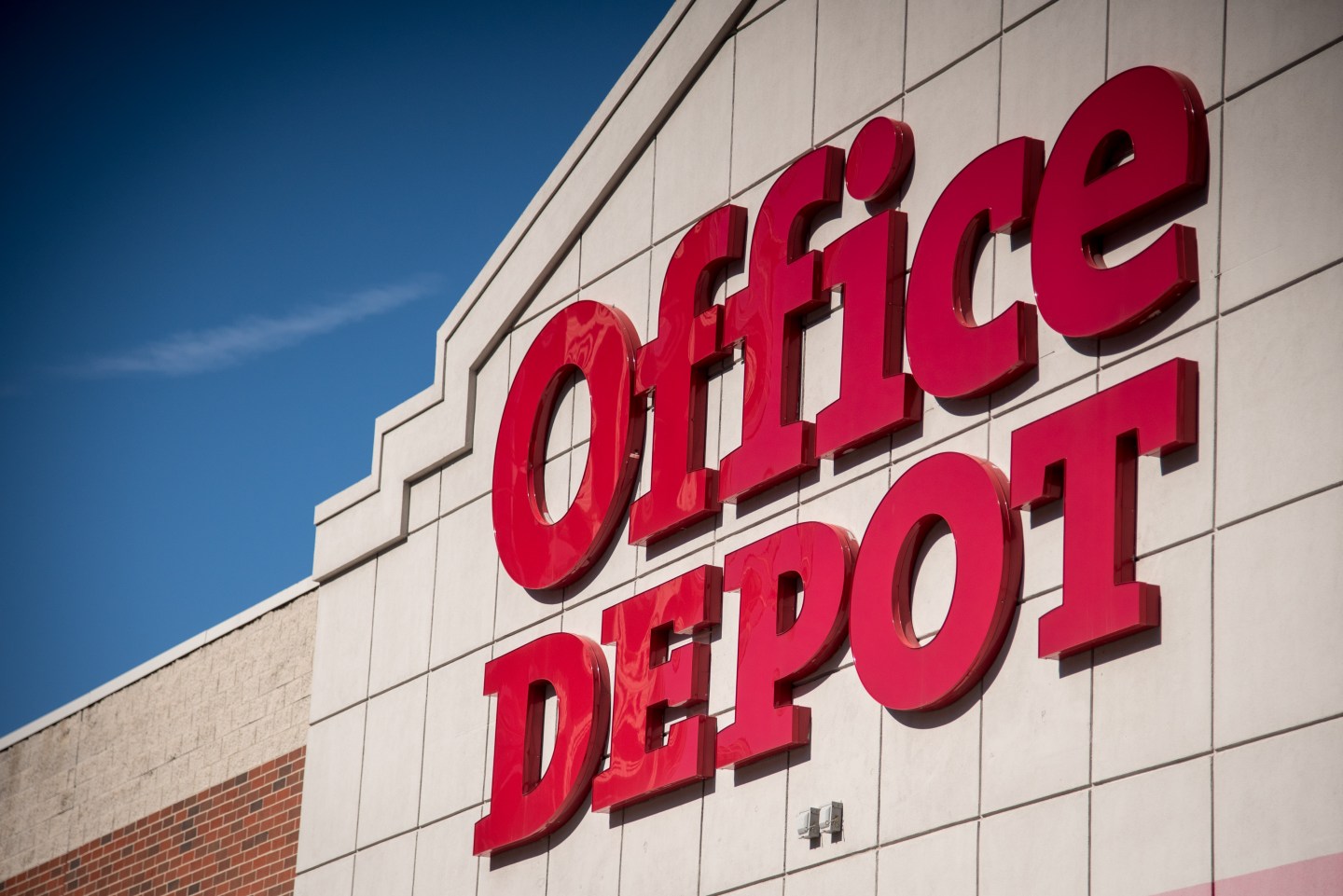 It takes a lot more than a garden variety earnings flop to explain why a company’s shares fall by 25% on its quarterly report card day.

Shares lost 25% of their value on investor fears that the weak quarter was only the beginning of a tough chapter for Office Depot. The retailer is still trying to find its bearings after a proposed $6 billion acquisition by larger rival Staples (SPLS) was scuttled by U.S. regulators last year. (Staples recently said it would be acquired by private equity firm Sycamore Partners for $6 billion in a deal set to close in the coming weeks.)

Office Depot reported quarterly sales fell 9%, including a 6% drop at stores excluding those that have been closed in the last year. Total sales came in at $2.36 billion, below Wall Street expectations for $2.44 billion, while adjusted profit was 6 cents a share, missing forecasts for 8 cents.

The company’s executives, including CEO Gerry Smith, suggested that Office Depot’s business services pipeline had fallen to “basically zero,” during the time it was waiting for the government’s approval of the Staples deal. Now, it is planning to double down on corporate clients to become less reliant on its dwindling retail business, a strategy similar to Staples’ new approach. And rather than soothe investors, the topic of business services spooked them when Office Depot conceded it faced an uphill battle in that market.

“People like Amazon Business are pulling away some business from our core customer base,” CFO Steve Hare conceded on a conference call with investors and Wall Street analysts. Indeed, Amazon Business’ rising clout had been one of Office Depot and Staples’ key arguments to the U.S. Federal Trade Commission in explaining it should let the proposed merger go through. The FTC reportedly felt the merger of the top three office supply chains (Office Depot had bought OfficeMax a couple of years earlier) created too much concentration.

So for now, Office Depot is trying to catch up however it can, focusing on improving its delivery from store and in-store pickup services, reviving its classic “Taking Care of Business’ ad campaign and increasing its product assortment. But by evoking the specter of Amazon, Office Depot reminded shareholders just how far it has fallen.