The Trump Organization Has Been Granted Trademarks in Macau, China’s Casino Hub 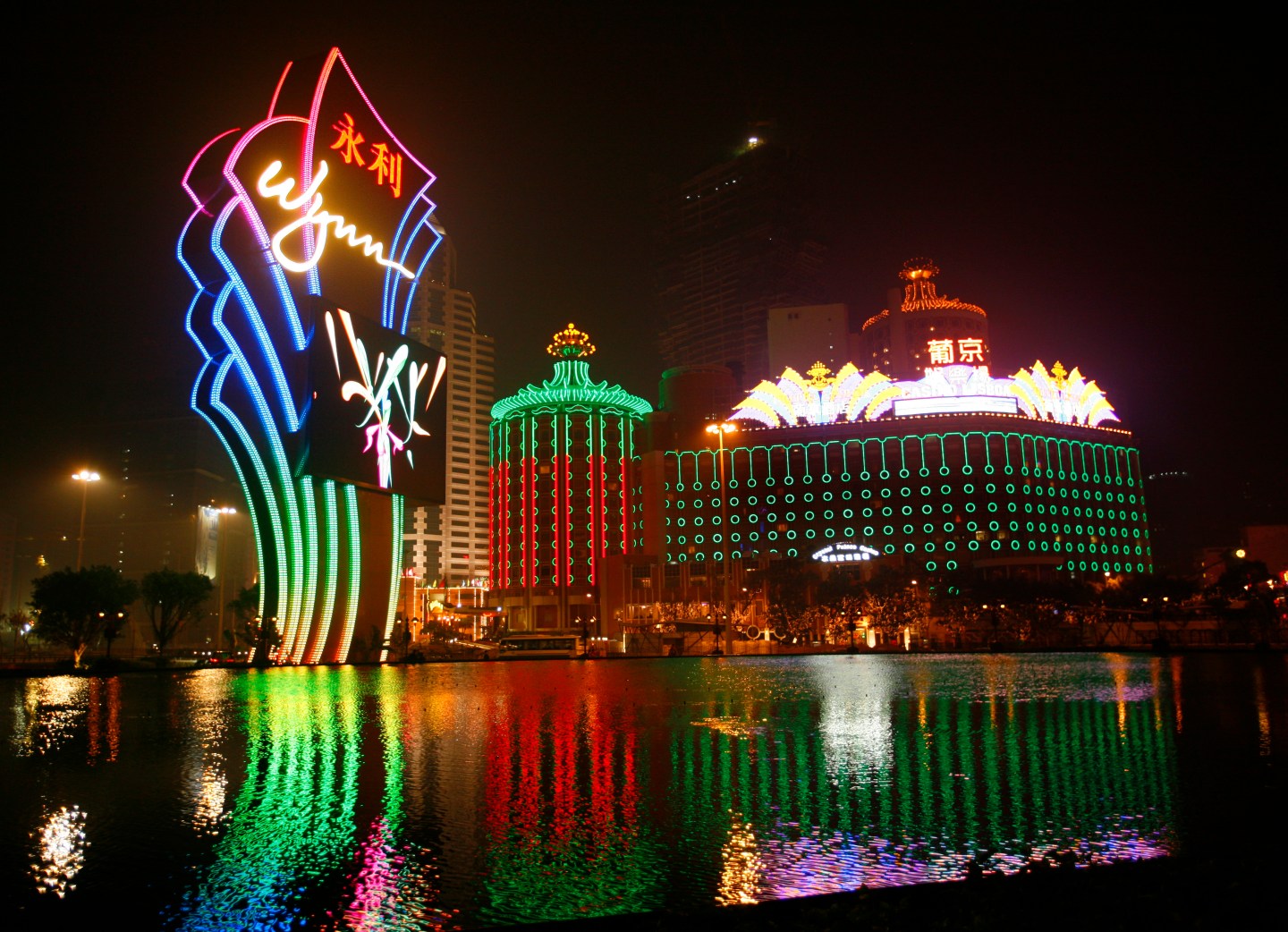 Casino Lisboa reflected in the Wynn Casino & Hotel reflecting pool in Macau. Macau, a Special Administrative Region (SAR) of China, is allowed its own governance and economic policy, surpassed Las Vegas in the US to become the world's largest gambling center in 2006. Macao's gambling revue was up 22 percent in 2006 to 6.95 billion dollars and attracted over 22 million visitors, mainly from China. (Photo by Rick Friedman/Corbis via Getty Images)
Rick Friedman—Corbis/Getty Images

A company linked to U.S. President Donald Trump has been granted approval from the Chinese territory of Macau for additional trademarks, including casino services, to develop the “Trump” brand in the world’s biggest gambling centre.

Trump, a wealthy real estate developer with a sprawling business empire, has said that he has handed over his business interests to a trust overseen by one of his sons and a Trump Organization executive. However, he remains linked to the trust financially.

Trump’s trademarks in Macau date back to 2005, when he has registered under the names Donald J Trump, DTTM and Trump Companhia Limitada.

There is currently no Trump-branded property or casino facilities in the southern Chinese enclave where U.S. billionaires Sheldon Adelson and Steve Wynn have their multibillion dollar lavish gambling forts.

Macau’s casino operators, which also include Galaxy Entertainment Group, Melco Resorts, SJM Holdings and MGM China, have reaped billions of dollars from Macau’s casino boom. Gambling revenues in the special administrative region belonging to China surged by more that seven times that of Las Vegas’ prior to 2014.

Now on a more tempered growth route, Macau’s casino industry is still the most sought after destination for operators, despite rival Asian hubs like the Philippines and Singapore posting solid growth, due to its proximity to mainland China.

Macau’s casino licenses will start to expire in 2020 and the government has yet to comment on what the new process will be, apart from stating there will likely be a new bidding process.

The government’s tough stance in a dispute with land developers is rattling the nerves of casino executives, who say the row points to a likely tougher stance in their own, imminent, talks to renew operating licenses.