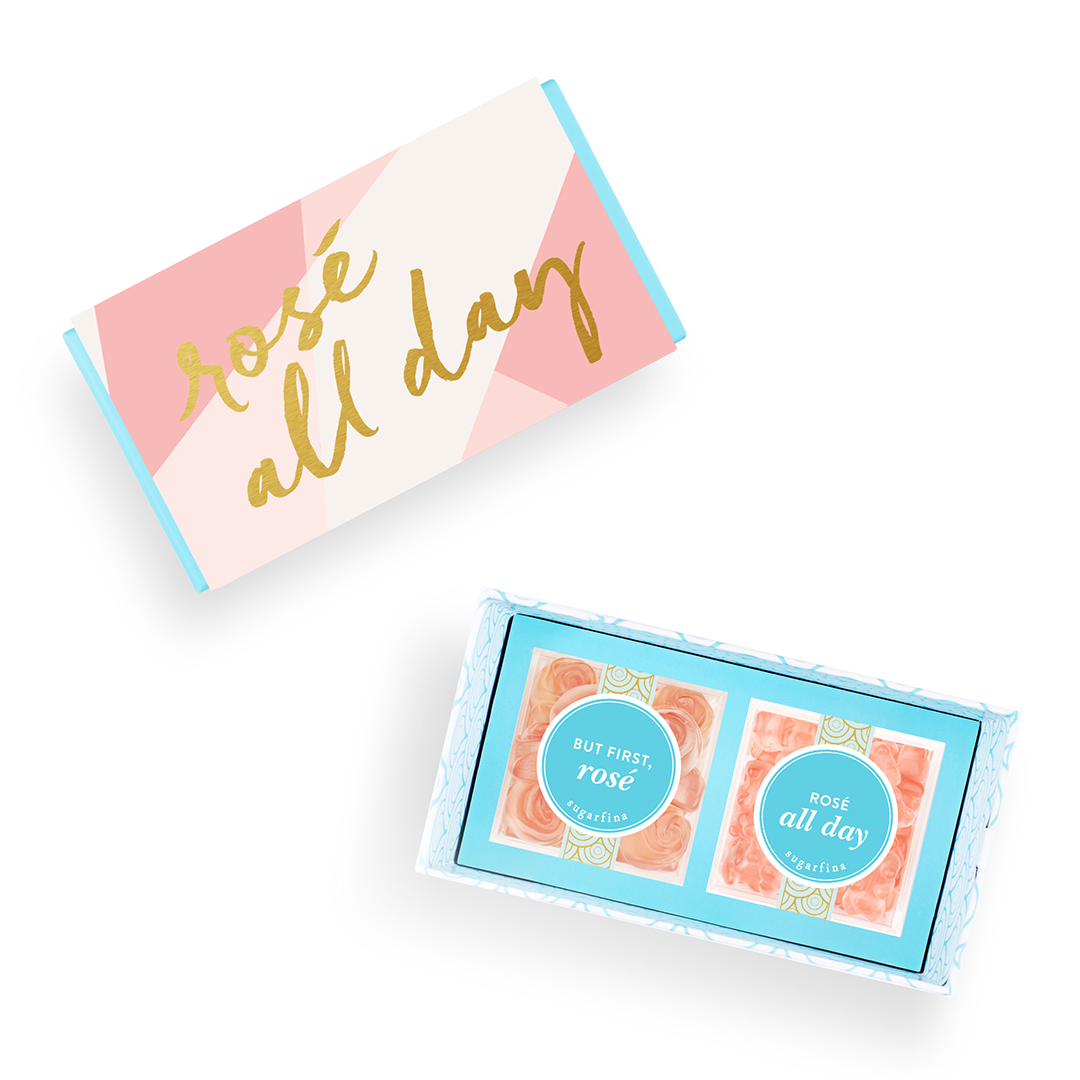 Green juice. Rosé. Bourbon. If a drink trend is getting a lot of hype, it’s likely Sugarfina has repurposed it as a candy.

The Los Angeles-based luxury confectionary business has thrived even as overall candy sales in the U.S. have fallen. Last year, it took in $25 million. This year, it’s on pace to hit $50 million, proof that while Americans are increasingly wary of sugar, they still like posting pictures of it on Instagram — provided the packaging is pretty enough.

On the back of this growth, Sugarfina announced it has raised $35 million from the private equity firm Great Hill Partners (which brings total funding to $50 million). The latest round will be used to bolster the company’s retail presence in North America, where it currently has 24 locations, as well as expand into Asia, the Middle East, and Europe.

Rosie O’Neill, who founded the company with her now-husband, Josh Resnick, in 2012, attributes much of Sugarfina’s success to the fact that it’s just as much lifestyle brand as it is a candy company. The adjectives she uses to describe her vision refer to how the it looks and feels, not how the candy tastes. From the beginning, “we wanted to be fresh and fashion-forward.”

Flavor-wise, Sugarfina sweets are similar to their drug-store counterparts (in a blind taste test, I’m not sure I’d be able to differentiate between Sugarfina’s “Peach Bellini” gummies and your garden-variety sour peaches). They’re also more expensive: a 3.6 oz box of Sugarfina gummies costs $8.50 versus the $1.99 you’d pay for a 5 oz bag of Haribo peaches.

But taste is almost besides the point. Unlike Haribo, Sugarfina’s candies are ready-made for Instagram, from their packaging to their tongue-in-chic product names. As with brands such as La Croix, the company’s aesthetic (purposefully pretty, playful, and pastel) has attracted a loyal fan base, who often purchase products for their friends and family. Gift sales account for about two-thirds of Sugarfina’s revenue.

O’Neill, who says she “lives” on social media, is constantly on the lookout for food phenomenons that can be repurposed as photogenic candies. She has the advantage of operating on a delayed hype cycle, waiting until a trend has reached peak cultural saturation before swooping in to deliver a candy version. Last summer, for example, as the country guzzled pink wine en masse, Sugarfina partnered with Whispering Angel to release a line of gummy bears “infused with real rosé.”

They sold out within two hours. Driven in large part by rosé’s ubiquity and popularity, the rosé candies were featured in fashion, lifestyle, and food blogs (even MarketWatch weighed in). At one point, the waiting list ran 18,000 people deep.

O’Neill and Resnick have repeated this initial success with other buzzy beverage trends. Last February, in response to America’s growing love of whisky, the company released a line of “single-barrel bourbon” gummy bears. In April, it started selling green juice gummies in collaboration with Los Angeles-based Pressed Juicery. And earlier this summer, it partnered with George Clooney’s tequila brand (which sold for $1 billion in July) to create a line of infused candies and chocolate. All three rollouts were covered extensively, not just on social media but by outlets including the Hollywood Reporter, Food & Wine, Allure, and USA Today.

In addition to the online buzz, Sugarfina works hard to connect with fans IRL. Like jewelry-designer Kendra Scott and the blow-out chain Dry Bar, Sugarfina frequently throws in-store private parties and events for customers. “People have gotten married at our stores,” says O’Neill, (which makes for more great Instagram content).

“Our whole vision is to be the opposite of any existing candy brand,” she says. So far, it’s been a good strategy.