Americans Are Crushing It With Their 401(k) Balances 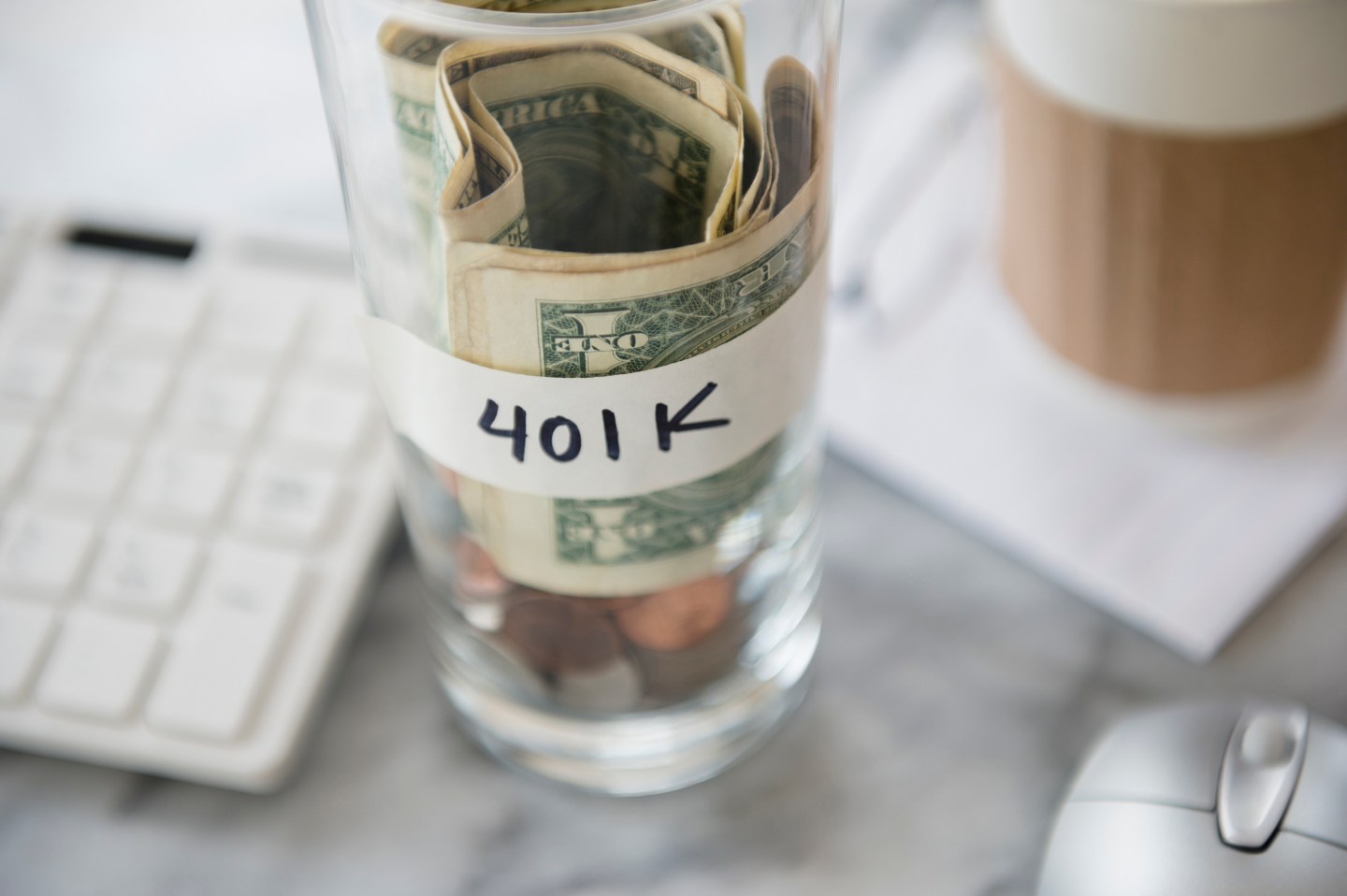 A string of record 401(k) and IRA account totals now stretches across three consecutive quarters, according to second-quarter data from Fidelity Investments. The data covers 22,155 companies and 15.1 million 401(k) plan participants, as well as 8.8 million IRA accounts. The performance reflects the impressive display of endurance training by a stock market that just keeps on running, as well as increased employee and employer contributions to retirement accounts. The average 401(k) account balance stands at $97,700 as of June 30. That’s a 9.6 percent gain from the $89,100 average of a year ago, and a big leap from the $73,300 average of five years ago. Average IRA totals, meanwhile, rose to $100,200 from $89,600 a year ago and $73,100 in 2012. For the 12 months ending June 30, market gains accounted for 72 percent of the rise in retirement account balances at Fidelity. Over that same period, the Standard & Poor’s 500 had a total return of 17.9 percent.

Employees put a record average of $5,850 into their 401(k)s over the past 12 months, a 4 percent increase from a year ago. Ninety-five percent of active employees contribute to their 401(k)s, and many defer enough of their pre-tax salary to get the average company match, which is 4.5 percent. But about 21 percent of employees can’t, or aren’t, contributing enough to get the full match. Many are likely to have been auto-enrolled into their 401(k) at a salary deferral rate of 3 percent, and left it there.

The bit of good news is that many savers don’t have that far to go before getting the full match—53 percent are 1 or 2 percentage points away. Competing financial priorities may mean saving another 1 or 2 percent of salary isn’t feasible until a raise or bonus comes into play. But if extra cash flow exists, a relatively small increase in savings rates can make a big difference over a long career. One way companies are trying to get employees to save more is by rejiggering the company match, said Jeanne Thompson, a senior vice president at Fidelity. For example, instead of giving a 100 percent match on the first three percent of salary put into the plan, a company may match 50 percent of contributions up to 6 percent, so employees need to contribute 6 percent to get the full match.

In addition to tracking accounts quarterly, Fidelity looks at workers with long histories in 401(k) accounts. Workers with 10 straight years in the same 401(k) also enjoyed a record quarter, with the average balance rising to $266,100. Ten years ago, the average was about a third of that amount, $78,800. Market action is responsible for 53 percent of the tripling in these 10-year plan participant balances since 2007, and the rest came from employee and employer contributions.

The long run-up in stocks has Fidelity urging retirement savers to make sure they don’t have too much of their nest egg in equities. That’s not an issue for all generations of savers—two-thirds of millennials in Fidelity’s database are 100 percent invested in target-date funds (TDFs). (The funds automatically adjust asset allocations over time, based on your years to retirement; Fidelity assumes you’ll retire at age 67.) Millennial accounts hold 87.4 percent in stocks on average. That’s where they should be, according to the equity allocation in a Fidelity TDF for someone who wants to retire in about 30 years.

The generation with the largest chunk of savers holding equity stakes at least 10 percentage points above Fidelity’s recommended allocation for their age is baby boomers, coming in at 26 percent. The average equity stake for boomers is 68.8 percent. For someone who wants to retire in 10 years—say a 55-year-old planning to retire in 2027—the recommendation is 64 percent in stocks. So the average equity stake isn’t far off, but there are some extremely equity-heavy portfolios out there.

Boomers may also be very tech-heavy in their retirement portfolios, since they are less likely to be in widely diversified target-date funds than younger workers. Some of the most widely held mutual funds in 401(k) plans, including the $116.1 billion Fidelity Contrafund and the $39.3 billion Fidelity Growth Company, have large tech stakes and big chunks of assets concentrated in their top five holdings.

Contrafund’s tech stake was just over 37 percent as of June 30, and the Growth Company held almost 40 percent in tech. The top five holdings in Contrafund make up 23.5 percent of the fund; it was 24 percent for Growth Company. It’s been a great strategy so far. The dilemma now, at least for boomers nearing retirement, is when and if to take some money off the equity table.“An element of caution needs to be built into a portfolio,” said Brian Singer, head of dynamic asset allocation strategies at William Blair and Co., “but the market is making it so expensive to put that caution into place.”