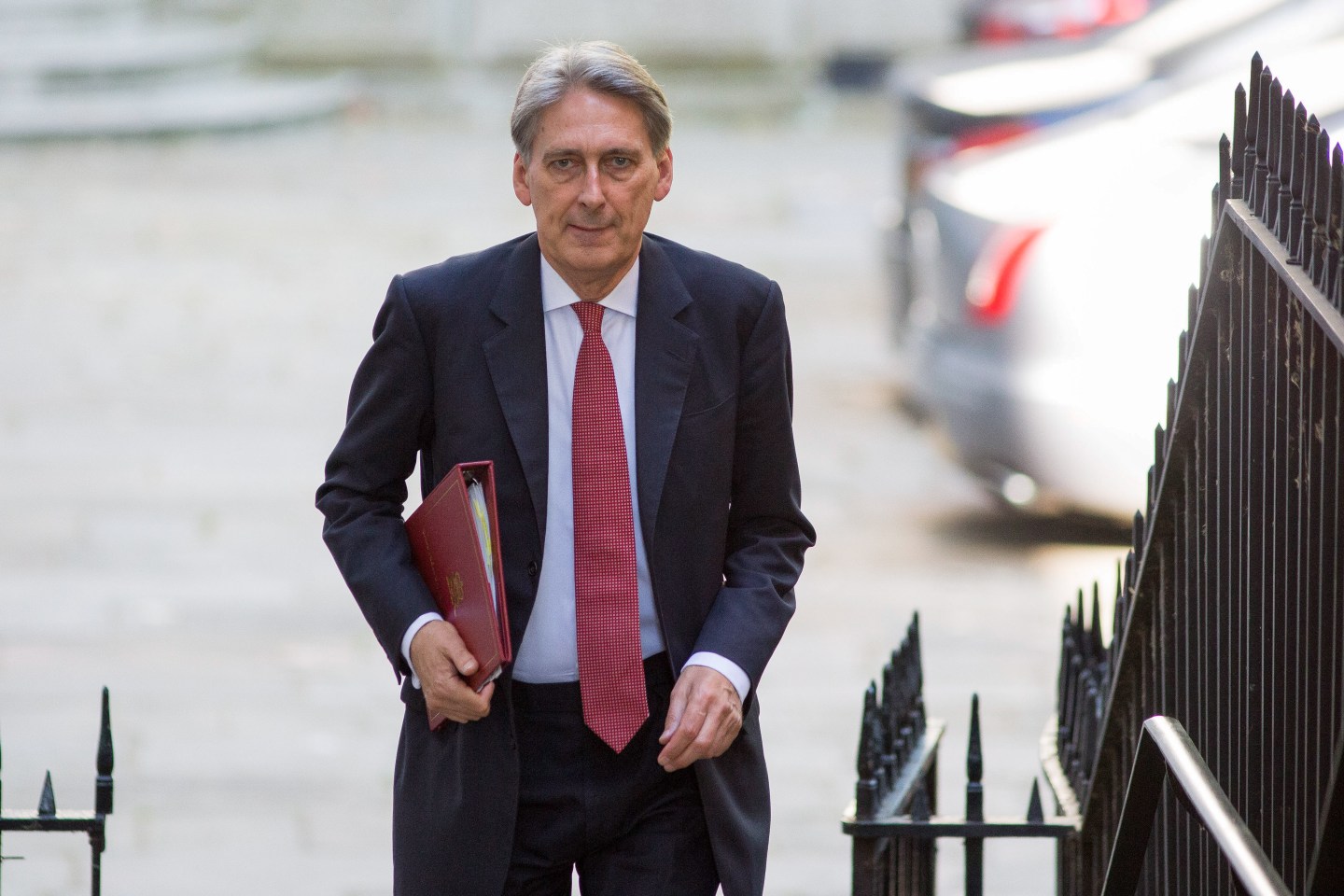 Philip Hammond, U.K. chancellor of the exchequer, arrives for a cabinet meeting at 10 Downing Street in London, U.K., on Tuesday, July 19, 2016. Prime Minister Theresa May will chair the first meeting of her cabinet on Tuesday with an instruction for senior ministers not to allow her administration to be "defined" by Britain's decision to leave the European Union. Photographer: Jason Alden/Bloomberg via Getty Images
Photograph by Jason Alden—Bloomberg via Getty Images

Britain won’t become a corporate tax haven in order to stay competitive after leaving the EU, its Treasury chief promised at the weekend.

That’s the latest big shift in U.K. policy since the general election in June, which failed to deliver the mandate for a quick, sharp break with the EU that Prime Minister Theresa May had banked on.

The U.K.’s approach to Brexit has softened considerably as formal talks over the separation have begun and the scale of the challenges facing Britain has become apparent.

The need to pay a final settlement bill, the need for a transitional implementation period to cushion the economic impact, and the need to allow continued immigration from the EU for at least a few years all now seem to be consensus positions in London, although Trade Secretary Liam Fox, a Brexit hardliner, disputed the last of those at the weekend. Michael Gove, another Brexit hard-liner recently allowed back into the cabinet as Environment Secretary, has meanwhile ruled out trying to stay competitive by relaxing standards on issues like food safety and air quality.

Back in January, Hammond himself had told the German Welt am Sonntag in January that Britain, which already has one of the lowest corporate income taxes among developed economies, may have to cut them even further to incentivize businesses to move to or, more likely, stay in the U.K. after Brexit. (Hammond had campaigned for Britain to remain in the EU ahead of last year’s referendum and has championed the “soft Brexit” option with increasing confidence since June).

“It is often said that London would consider launching into unfair competition in terms of fiscal regulation. That is not our project or our vision for the future,” Hammond told Le Monde.”The amount of tax that we raise, measured as a percentage of GDP, is within the European average and I think we will remain at that level. Even after we have left the EU, the United Kingdom will keep a social, economic and cultural model that will be recognisably European.”

In his Le Monde interview, Hammond was also asked to comment on the prospect of banks potentially moving part of their activities after Brexit from the City of London to EU cities such as Frankfurt, Paris or Dublin.

Hammond responded that it would be “very dangerous for Europe” to fragment the financial services market based in the City, which he described as an important component of the British and European economies.

“The big winner would not be Paris or Frankfurt, but New York. Let’s not have any illusions: the major American banks are not going to fragment their activities between different countries,” said Hammond.

“They will either keep working as they do today, or they will move their activities back to Wall Street, which is particularly attractive given that the U.S. administration is in favour of deregulation and cutting taxes.”

Reports suggest that process is already under way. Citigroup and Morgan Stanley have already decided to move their European trading hubs to Frankfurt, while Bank of America has appeared to opt for the Irish capital of Dublin. JPMorgan, despite making threatening noises repeatedly over the last year, has said more recently that it will only move large numbers of staff from London if forced to, while Goldman Sachs has indicated it will wait to see what kind of transitional deal emerges before committing itself.