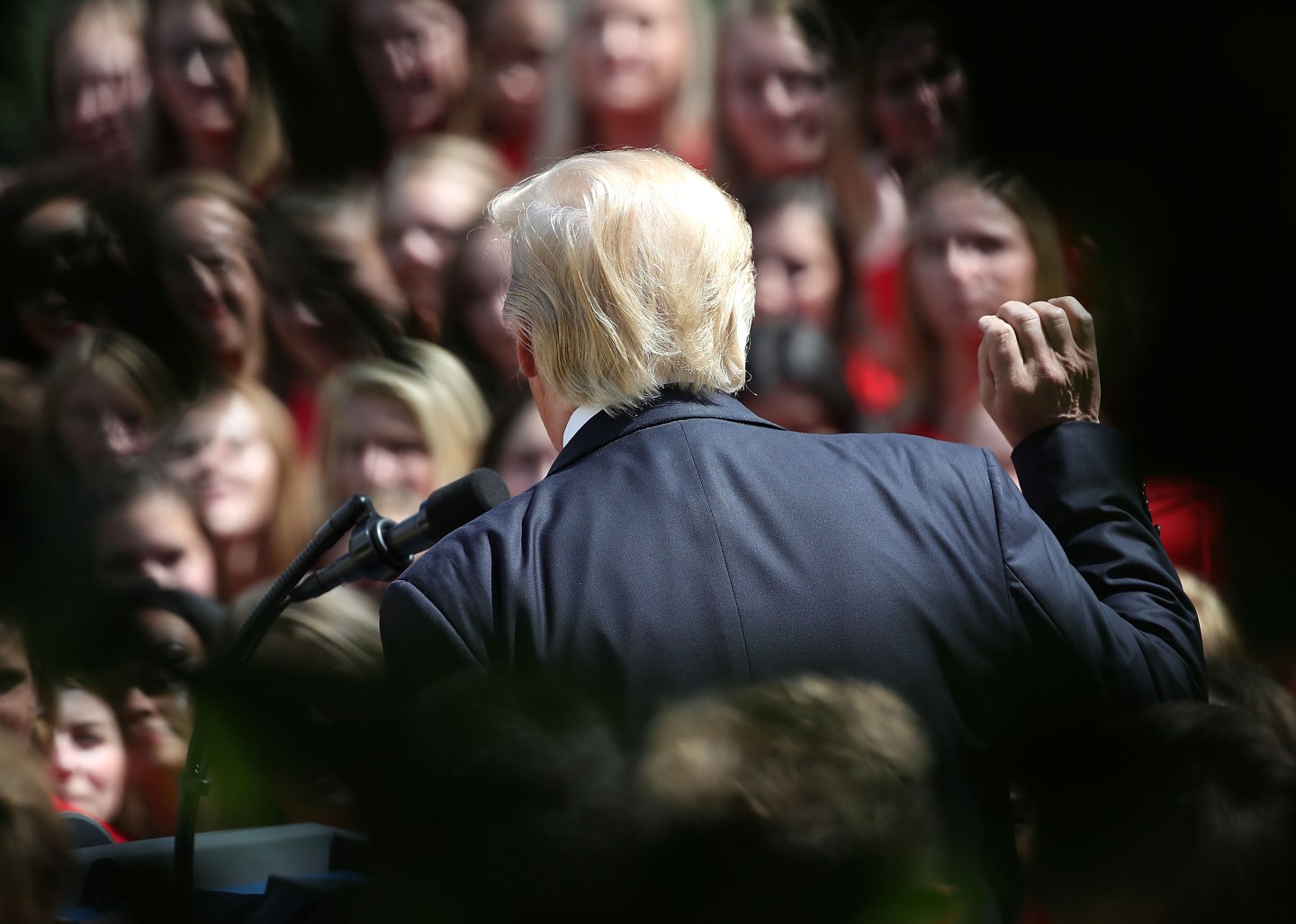 With Donald Trump’s public attacks on Attorney General Jeff Sessions, rumors of Secretary of State Rex Tillerson leaving, and the resignation of Sean Spicer as press secretary, it’s easy to question Trump’s managerial style, and what it is that’s seemingly causing his administration to fall apart.

In politics, how one leads the polis and how one manages the machinery of government are two distinct phenomena. For instance, populist rhetoric—that is, arguing that we need to “take back our country”—is common in electoral campaigns and in the selling of policies to the American public. However, there is not an equivalent “populist style” to managing the executive branch.

This difference, between political leadership and managerial leadership, does not exist in the business world that has been Trump’s habitué. To put it simply, managing public affairs in a democracy has no bottom line. There are constraints and goals, to be sure. But there are a greater number of them, as well as a greater number of constituencies needing to be satisfied, in governing than in even the largest business empire.

Moreover, these goals and interests are often in conflict, making it hard for government managers to prioritize and balance them. In addition, these conflicts and decisions are often playing out in public, which complicates the comprising necessary to govern in a democracy. In short, a pluralistic democracy requires both political and managerial approaches to leadership. So how does this play out for Trump?

In social psychology, the term authoritarian is used to describe patterns of behavior in contexts ranging from workplace management to parenting. In these smaller, private groups, the term describes top-down decision making that expects submission to the authority of the boss or parent, to the detriment of independence. During periods of stress, there is some evidence that people may prefer a more authoritarian manager, as opposed to a more democratic one, in the workplace. In a crisis, authoritarian managers may even temporarily improve workplace performance. In political science, “authoritarian” is used to describe a state where power is highly centralized and various civil and political liberties are extremely constrained. The term is also used to describe citizens who prefer “strongman” leaders and obedience to authority over individual liberty.

And, as the head of the executive branch, Trump is an authoritarian manager. Trump demands obedience from government employees and values it more than competency or results. The appointment of family members to positions of power for which they are unsuited is an example of this.

It is true that Trump has not been able to centralize decision making power politically, and only somewhat managerially. But that is not for a lack of trying. Instead, there are two reasons why he cannot achieve those goals.

First, Trump is trying to operate as an authoritarian in a democratic regime designed by anti-authoritarians. U.S. institutions—from legal to cultural—are strong enough to prevent authoritarian government. In short, the sweeping changes to our courts, sub-national governments, political culture, and, yes, even our bureaucracy that would be necessary for the U.S. to become an authoritarian state are simply not on the horizon.

Second, the complexity of both the U.S. government—its multiple layers and size—and the diversity of policy problems confronting it—many of which are highly technical—is beyond the comprehension of Trump based on his experience in the private sector. Hiring experts to help with the specialization that modern governing requires should lighten the burden. But, as already noted, Trump hires for loyalty, not experience.

What does this mean for a Trump administration? First, he will find it hard to retain high-quality staff because professionals do not like to be managed in an authoritarian manner, even by the commander-in-chief. Second, Trump will be unable to get many policy changes through without both greater unity from the GOP in Congress and increased competency in senior White House positions. Neither seem forthcoming. Moreover, time is running short before the next election season starts.

President Truman observed that “being a president is like riding a tiger.” Trump’s hasn’t learned to manage the democratic tiger.

Douglas Hess is an assistant professor of political science at Grinnell College.