5 Podcasts to Soothe the Woke Soul 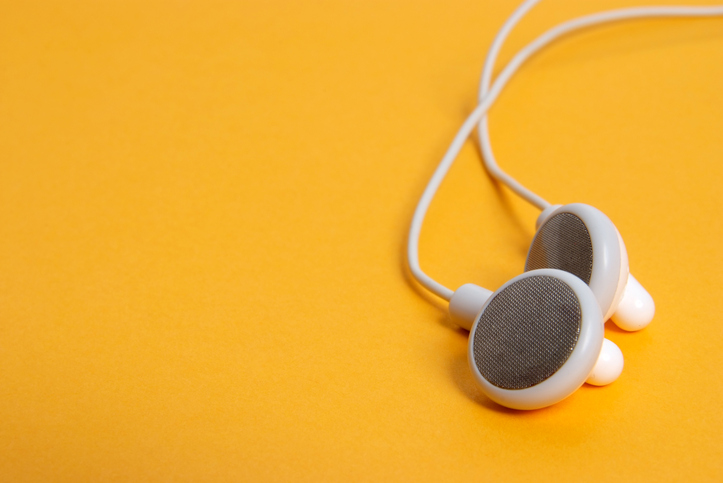 If I can fit it into my schedule, I like to take a long walk or hike in the late afternoon. My day starts at dawn, so it gives my hands and eyes a rest and helps clear my mind for the next day’s reporting. I also use the time to listen to podcasts, some of which are useful enough to pass along to you.

With the race and inclusion beat being what it is, the material can be challenging. More often than not, I’d find myself stomping up a beautiful woodsy ridge like this one, sucking on my Camelbak and seething about Jim Crow or the criminal justice system.

In order to stop the seething and start the soothing — and to remedy my utter inability to understand the concept of “self-care” — I started rotating some gentler fare into my listening routine. It really helped, so I’d like to share some of them with you.

Here are five very different podcasts or episodes that helped me take the edge off my quest for wokeness. Enjoy. What are you listening to? Let me know. Either way, I’ll meet you at the mountaintop.

Yes, it is exactly like Reading Rainbow for adults. The premise is simple: Burton picks a different piece of short fiction once a week and reads it aloud in his wonderful voice, while offering expert commentary and deftly applied sound effects. The only thing the selections have in common is that he loves them. There are no wrong choices, but if you’ve only got time for one, start with his reading of “Graham Greene” by Percival Everett.

2. Mogul: The Life and Death of Chris Lighty

This new series from Gimlet Media is excellent. The mogul in question is Chris Lighty, and, yes, the story has sadness at its core: Lighty died by suicide in 2012. But the backstories of how Lighty grew up in the Bronx and came up through the ranks of an industry in the making – literally by hauling crates of records for DJs to spin – are extraordinary. Lighty’s deal-making prowess should be taught at business schools around the country; I was amazed to learn of his role in resurrecting Curtis Jackson’s career. (Vitamin Water for the win.) But I predict you will fall in love with host Reggie Ossé, who brings a unique authenticity to the series. Transparency, too: When he uncovers some unsavory moments in Lighty’s past, Ossé’s struggle to determine how to present the material becomes a compelling storyline of its own.

3. Another Round with Heben and Tracy

Buzzfeed’s dynamic duo make podcasting sound easy. They tackle tough topics with a light touch, while mixing in plenty of pop culture entertainment. While you can find something wonderful in every episode, I’ll point you to a recent one that warmed my heart. The pair interviewed Jonny Sun, the man behind the sweetly affirming Twitter persona @JonnySun, a loving and confused alien who comes to earth and tries to make friends. His observations about humanity have been turned into a book, “Everyone’s a Aliebn When Ur a Aliebn Too,” which is pure delight. Turns out, Sun and the character he created have an awful lot in common. The interview starts at the 16 minute mark.

4. Other: Mixed Race In America

This smart series from The Washington Post helps trace the experience of the “melting pot” in the U.S. through the experiences of the people whose identities include more than one race or culture. The series has only five parts, so you could probably finish it in one long wander up and down a big hill. But it’s a patient and careful look at the experience of being mixed race, complete with historical context and in-depth interviews that beautifully describe the nuanced contours of a complex country.

If you’re looking for a complete escape, then try “Life After,” the latest serial fiction podcast from GE Podcast Theater. It’s a follow-up to their eight-episode, fictional sci-fi thriller podcast called “The Message,” and both are like updated versions of 1940s radio yarns, in the best possible way. Life After isn’t about race, but it is about humanity, specifically what happens to our digital identities after we die. And it asks big questions. What role can artificial intelligence play in the grieving process? And then the inevitable follow-up – What could possibly go wrong? After the series, you can de-brief with Neil deGrasse Tyson, who talks about the actual science embedded in the fiction.