The Fed Isn’t Raising Rates. But Another Big Move Will Come ‘Relatively Soon’ 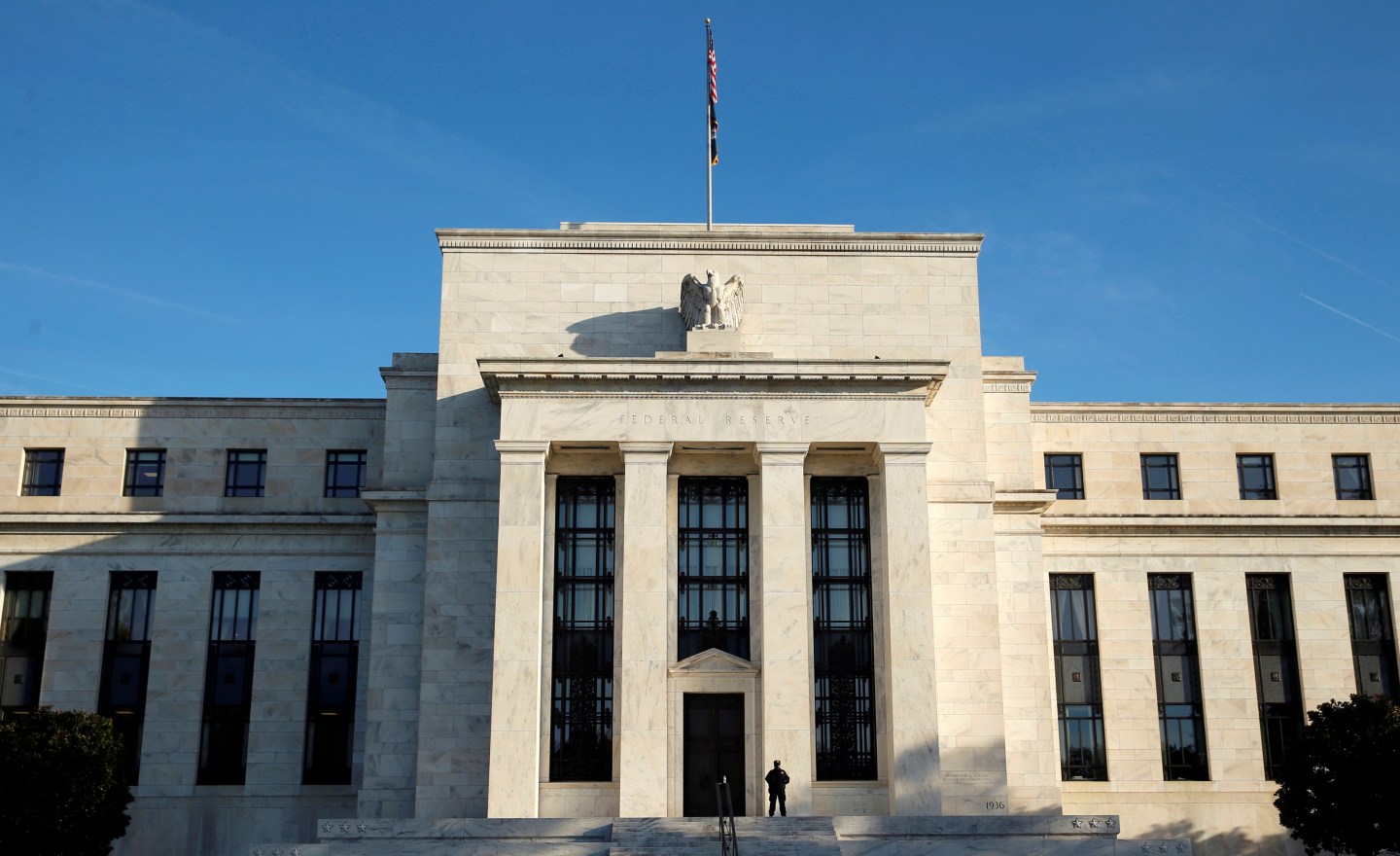 The Federal Reserve kept interest rates unchanged on Wednesday and said it expected to start winding down its massive holdings of bonds “relatively soon” in a sign of confidence in the U.S. economy.

The U.S. central bank kept its benchmark lending rate in a target range of 1% to 1.25% and said it was continuing the slow path of monetary tightening that has lifted rates by a percentage point since 2015.

In a statement following a two-day policy meeting, the Fed’s rate-setting committee indicated the economy was growing moderately and job gains had been solid. But it noted that both overall inflation and a measure of underlying price gains had declined and said it would “carefully monitor” price trends.

“The committee expects to begin implementing its balance sheet normalization program relatively soon,” the Fed said, adding that it would follow a plan outlined in June.

After pushing rates nearly to zero to fight the 2007-2009 financial crisis and recession, the Fed pumped over $3 trillion into the economy in a bond-buying spree to further reduce rates.

Its balance sheet has grown to $4.5 trillion.

Unwinding the balance sheet will mark the end of a controversial tool that drew criticism from Republican lawmakers in Congress. While Fed researchers have concluded the bond buying only modestly boosted the economy, Fed Chair Janet Yellen has said the central bank could use asset purchases again if the economy fell into a deep rut.

Steady job creation in the economy has pushed the U.S. unemployment rate to 4.3%, near a 16-year low. Fed policymakers, however, have said labor market strength could eventually push inflation too high.

The Fed had previously signaled it would begin this year to trim its holdings of U.S. Treasury securities and government-backed mortgage debt. Economists polled by Reuters expect that announcement will come in September.

At the same time, a slowdown in inflation this year has caused jitters among some Fed officials who are already concerned that inflation has been below the central bank’s 2% target for five years.

The Fed’s preferred measure of underlying inflation dropped to 1.4% in May. It was 1.8% in February.