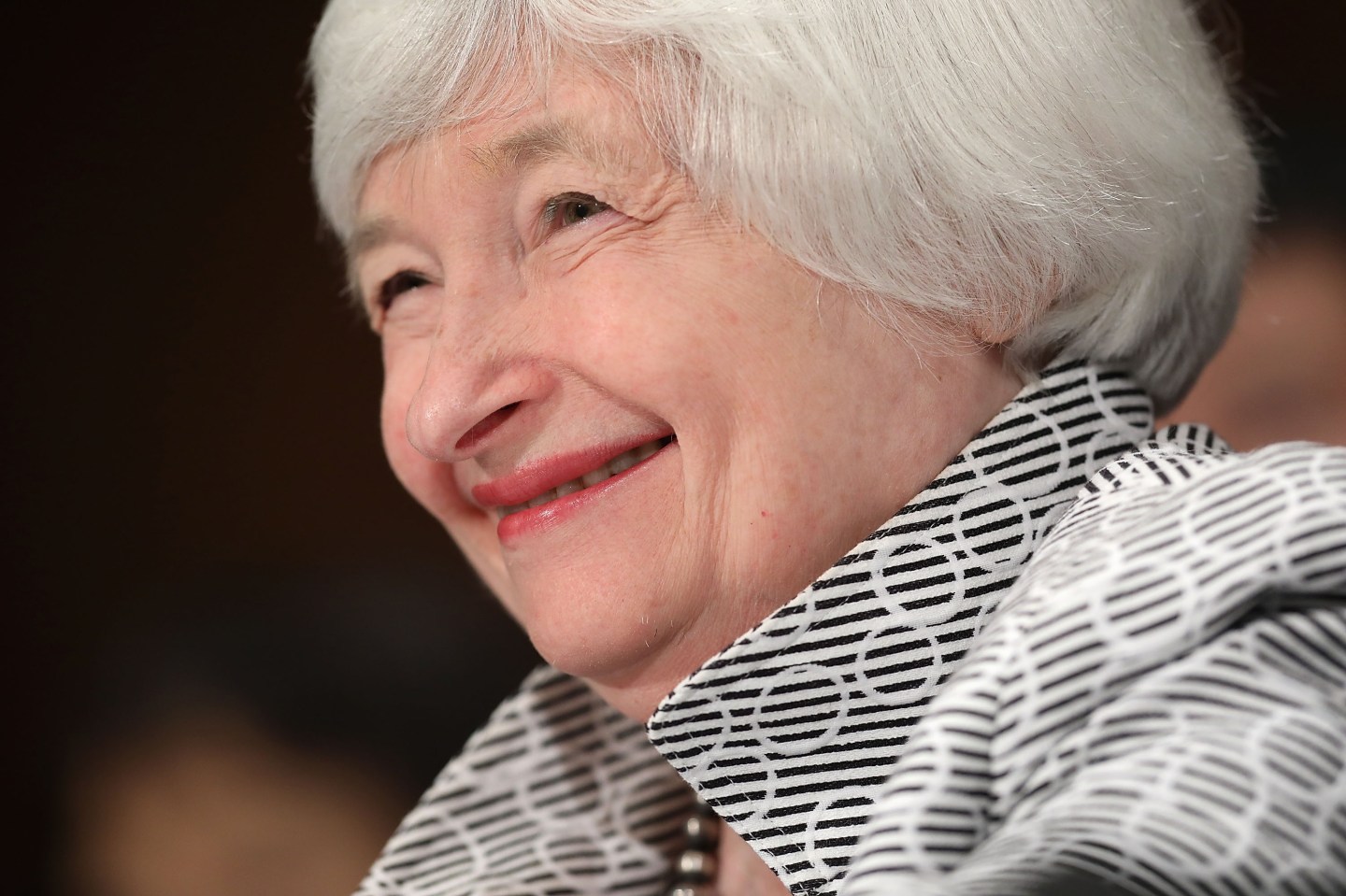 President Donald Trump said Tuesday that he might renominate Janet Yellen to serve a second term as Federal Reserve chairwoman, but he is also considering his economic adviser Gary Cohn for the post.

“She is in the running, absolutely,” Trump told the Wall Street Journal about Yellen on Tuesday. “I like her; I like her demeanor. I think she’s done a good job,” he said. “I’d like to see rates stay low. She’s historically been a low-interest-rate person.”

“I’ve known Gary for a long time, but I’ve gained great respect for Gary working with him, so Gary certainly would be in the mix,” Trump said in the interview, adding that he had a few other contenders in mind who he declined to name.

Trump often criticized Yellen during the presidential race, telling Fortune during the campaign that “I would be more inclined to put other people” in her position. But he said in April that he was open to the possibility of her serving another term.

Trump told the Journal on Tuesday that he will likely announce his nominee at the end of the year. “It’s early to make the decision,” he said.