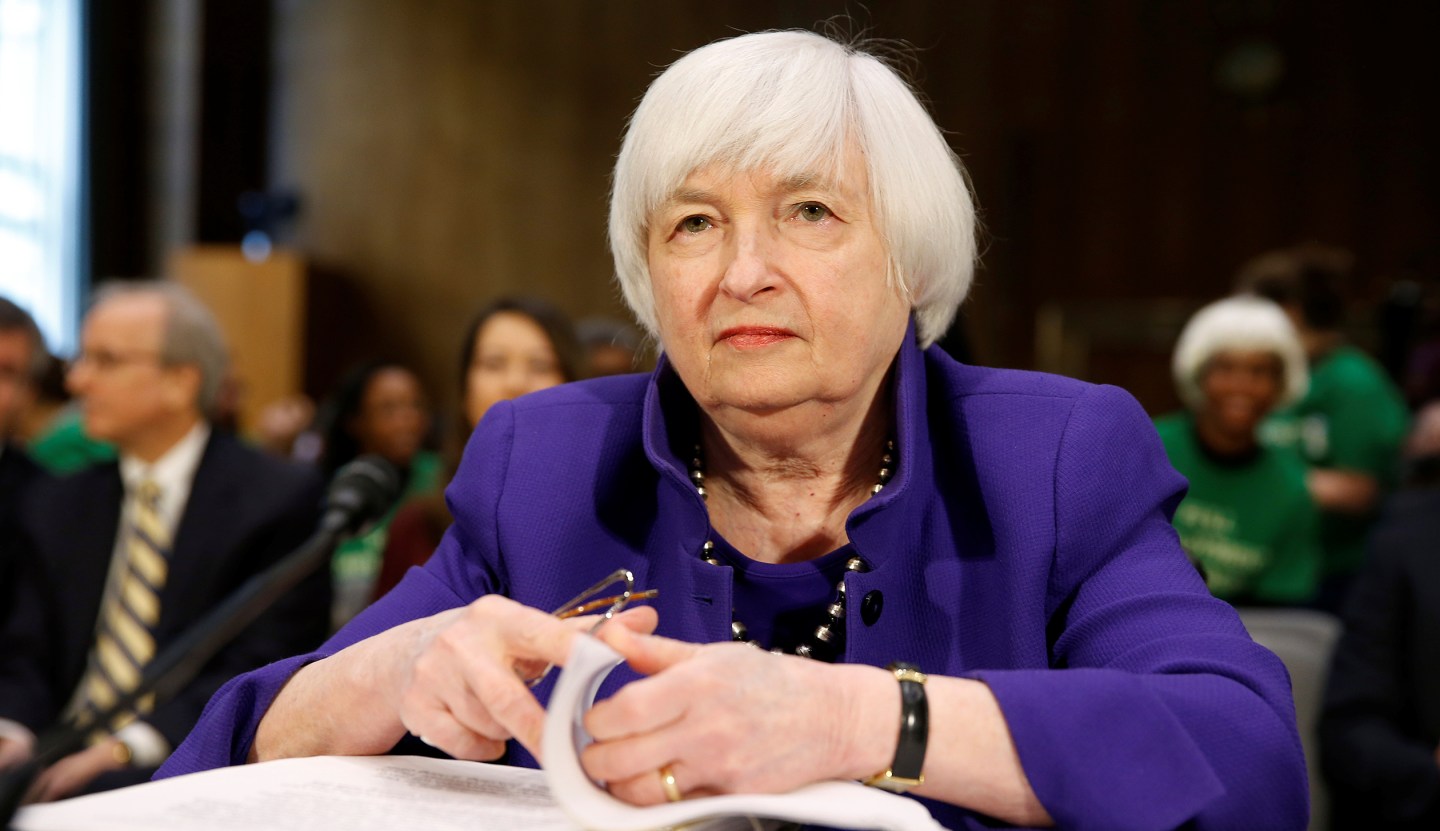 Despite routinely criticizing Janet Yellen throughout his campaign, President Trump now says he is open to the possibility of her serving another term as chairman of the Federal Reserve.

In an interview with the Wall Street Journal Wednesday, the president the left the door open for the Yellen’s renomination once her tenure is up in 2018. Trump said she was “not toast” and noted that he likes and respects her.

Also of note is the president’s alignment with Yellen’s policy of keeping the federal rate near zero. “I do like a low-interest rate policy, I must be honest with you,” he told the publication.

In an interview with Fortune last April, the commander-in-chief said he “would be more inclined to put other people in” Yellen’s role. He also said that he would “absolutely” support proposals that would take power away from the Fed and allow Congress to audit the U.S. central bank’s decision making.

In November 2015, he called Yellen “highly political” and said “she’s not raising rates…because [President Barack] Obama told her not to, because he wants to be out playing golf in a year from now and he wants to be doing other things and he doesn’t want to see a big bubble burst during his administration.”

Subscribe to the Broadsheet, Fortune’s newsletter for and about powerful women.

Trump may not have been entirely off base when he called Yellen a savvy politician. In February, Yellen was asked to testify before the Senate Banking Committee on the economic impact of a number of Trump’s policies, including proposed tax reforms, immigration, and climate change. However, she refrained from making judgment calls. “We recognize that there may be significant economic policy changes and that those changes could affect the outlook,” Yellen said then. “We don’t yet have enough clarity on what changes will be put in place to really clearly factor those policy changes into the economic outlook.”

Yellen will be up for renomination in February of next year.