How the New Russia Sanctions Bill Shows How Far the U.S. Has Come 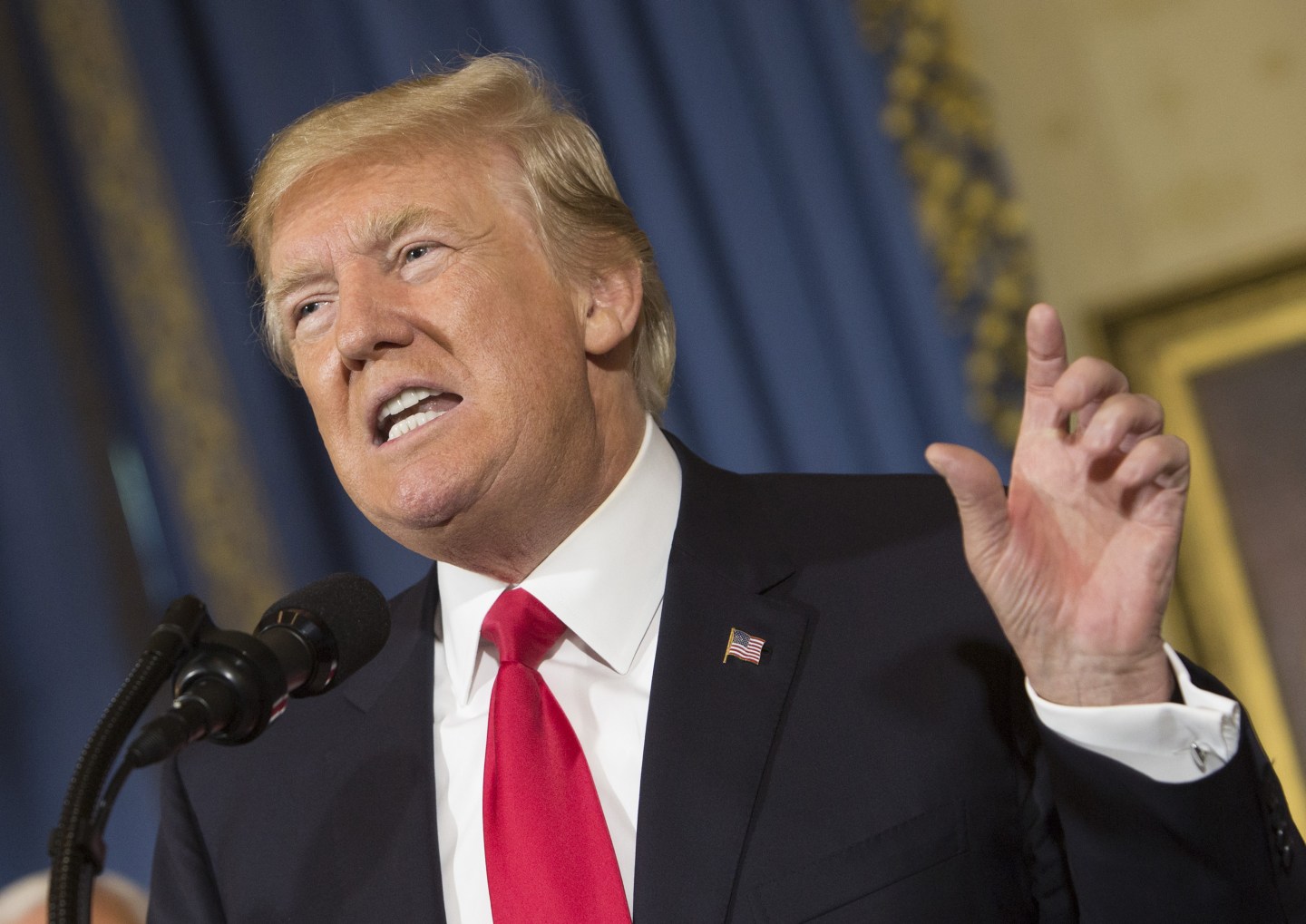 U.S. President Donald Trump speaks during a press conference on healthcare in the Blue Room of the White House in Washington, D.C., U.S., on Monday, July 24, 2017. Trump called on Senate Republicans to start the process of repealing the Affordable Care Act, warning that anyone who votes not to take up the bill Tuesday is saying they are "fine with the Obamacare nightmare." Photographer: Chris Kleponis/Pool Via Bloomberg
Chris Kleponis—Bloomberg via Getty Images

In defiance of President Donald Trump’s wishes, the Republican-led Congress has decided not to wait until Russia or another foreign power has altered or nullified the outcome of an American election before acting. The sanctions bill, which the House is expected to vote on Tuesday, won’t solve the problem, but the strong bipartisan support for it sends an important signal concerning our resolve to protect democratic values. This unusual bipartisanship in Congress happens to coincide with the anniversary of the most important piece of national security legislation ever passed, which also depended on bipartisan cooperation.

Seventy years ago, Democratic President Harry S. Truman signed into law the National Security Act, passed by a Republican Congress. No legislation in U.S. history more fundamentally altered the way security policy is made and executed. It established the Department of Defense, the Air Force as a separate service, the National Security Council, and the Central Intelligence Agency, and it gave permanent standing to the Joint Chiefs of Staff.

The sweeping legacy of this legislation might make bipartisanship seem easier to achieve in the rear view mirror. It wasn’t. Resistance to parts of the 1947 act was strong, with some if its language requiring three years of intense debate to resolve. For example, although we built a massive air armada to win World War II, and the British, Soviets, and Germans entered the war with separate Air Forces, entrenched interests seriously threatened the creation of a separate U.S. air service.

And, while the act laid a strong and enduring foundation for our modern national security establishment, it included many compromises and half measures that left plenty of work for future Congresses. For example, the act was so weak regarding management of the new Defense Department that it had to be significantly amended in 1949, and Congress didn’t mandate the structure and processes necessary for a unified defense establishment until it passed the Goldwater-Nichols Act in 1986.

There was a similar pattern on the intelligence side. The Russians, French, and British had a long history of intelligence services, while the most powerful nation on the planet had none. Though the act established the CIA, the authorities granted for managing the intelligence community were toothless—a shortcoming not addressed until after Sept. 11, 2001.

When there are gaps in governmental capabilities or structure that only legislation can close, only Congress can close them. The executive branch does not need constant legislative tinkering or micromanagement, but effective national security policy requires a Congress that can do more than emote righteous indignation after problems are revealed.

Take the security of our physical and digital infrastructure. Congress has passed legislation in these areas, but what actions would Congress take after a cyberattack succeeded in cutting power to millions of Americans and caused the death of hundreds or thousands? What would it do if terrorists engineered a major and lethal leak of chemicals? You don’t have to be a Hollywood scriptwriter to envision these scenarios, and it’s obvious to the average American that congressional action before the fact narrows the gap between preparation and catastrophe.

Although the historical record shows that Congress is unlikely to do what is needed on national security issues until after a disastrous “teachable moment,” outrage over Russian meddling is proving that it’s not impossible.

No matter the political affiliation, we should all help restore an ethos in which politics are pushed aside when American lives or values are in jeopardy. Concerned Americans need to ask whether their representatives in Congress can shift from hard-fighting partisans on political issues to bipartisan statesmen on national security. We need to reward those who can with our financial support and votes. We need to shame and vote against those who cannot. They endanger us.

J. Paul Pope is a clinical professor in the LBJ School of Public Affairs and a senior fellow in the Intelligence Studies Project at The University of Texas at Austin. He served in the U.S. Army and the Central Intelligence Agency for 45 years.