What Comes Next For Fitness Trackers? 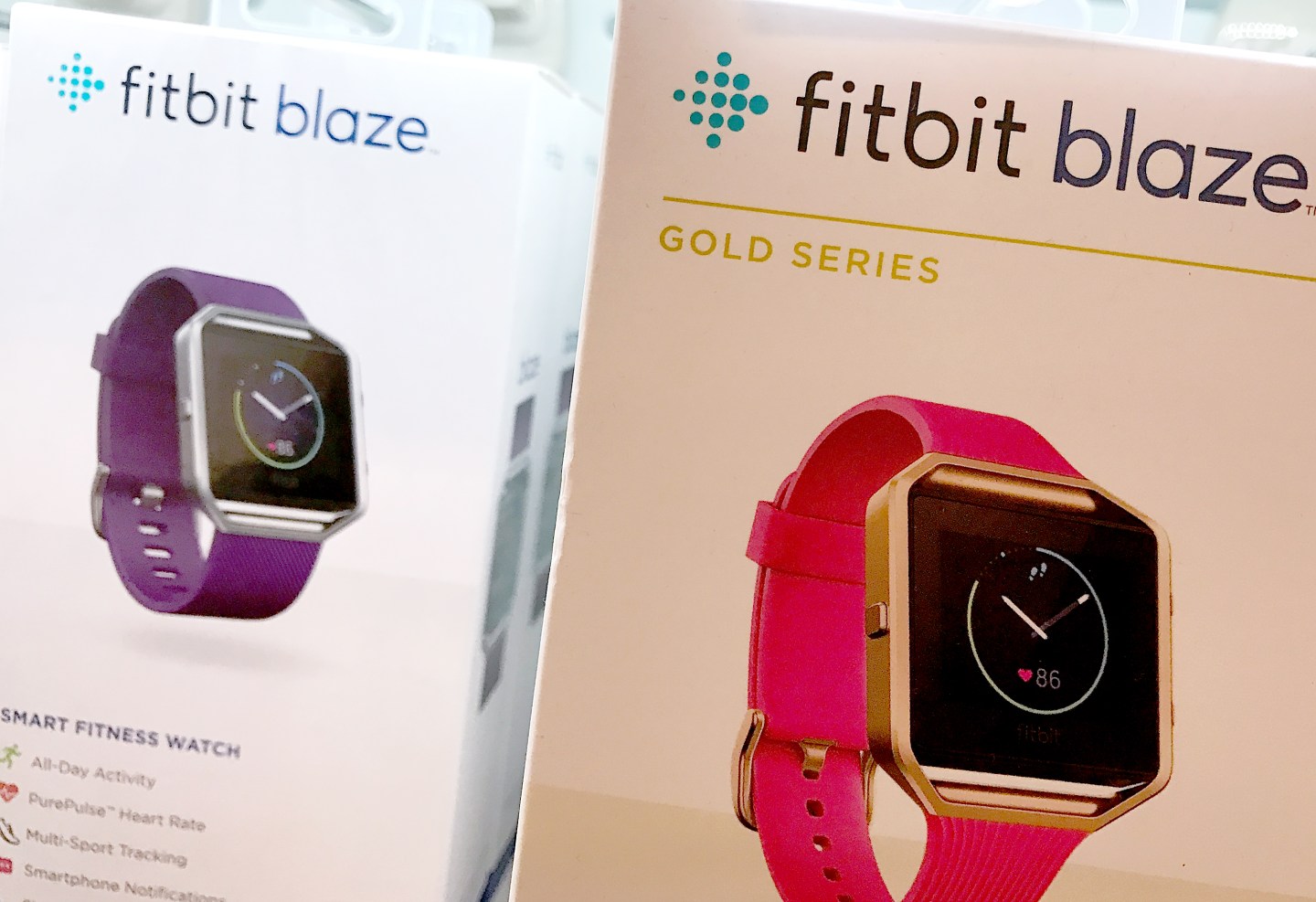 LOS ANGELES, CA - JANUARY 30: Fitbit fitness trackers are displayed on a shelf at a Target store on January 30, 2017 in Los Angeles, California. Fitbit announced that it will lay off 110 employees, or 6 percent of its workforce, after anticipating lower-than-expected fourth-quarter earnings. (Photo by Justin Sullivan/Getty Images)
Justin Sullivan Getty Images

If you were monitoring the activity-tracking industry lately, you’d detect a condition somewhere between a weak pulse and full cardiac arrest. The stock price of market leader Fitbit (FIT)—known for wristbands that count users’ steps, hours of sleep, and more—tumbled from a peak of about $48, reached shortly after the company went public in 2015, to just over $5 today. Its most recent quarterly sales were 40% lower than the equivalent period a year ago. Meanwhile, in July, Jawbone, maker of the Up wrist tracker and a onetime startup darling flush with VC funding and a $3 billion valuation, is liquidating its assets.

Does that mean the trackers were mere fad gizmos, somewhere between a GoPro and a fidget spinner, destined to live out their lives in the bottom of a drawer? Certainly, there’s more than a dollop of truth to that notion: Of Fitbit’s more than 50.2 million registered users, 23.2 million remain active—an impressive number to be sure but one that still means millions of abandoned devices. The first generation of fitness trackers has largely run its course, it seems.

Now the race is on to come up with the next breakthrough. And this time, players much bigger than Fitbit may enter the fray. Google, Apple, and a number of pharmaceutical companies are trying to develop the next generation of wearables, which can track medical metrics in addition to fitness data. If any of those companies can achieve their ambitious goals—monitoring blood sugar for diabetes without piercing the skin, for example—the tracking industry will get a shot in the arm. But the prognosis is uncertain, and the time frame likely a lengthy one.

Few products have experienced a takeoff as dramatic as fitness trackers enjoyed beginning in 2008. In less than a decade, Fitbit has sold more than 63 million devices.

Thus was born the “quantified self,” the belief that if people could collect and analyze their individual biometrics, they would make better decisions about food and exercise. “Our primary motivation is to help everyday Americans to get up off the couch, exercise more, eat better, and live a healthier life,” Fitbit CEO James Park said at the time.

Next thing you knew, millions of people were wearing wristbands and informing their friends and spouses how many steps they had taken that day. Yet even as the technology improved to track more advanced metrics, excitement about it waned.

To some degree, Fitbit and its brethren are victims of their own success, in much the way that GPS-device makers once were. Tracking is now popular enough that smartphones and smartwatches include nearly all the functionalities of stand-alone fitness trackers.

At the same time, the device makers have never fully assuaged concerns about the accuracy of their data. For example, a recent study, published in the Journal of Personalized Medicine, found that while seven popular activity trackers were accurate at calculating heart rate, they all significantly miscalculated the number of calories participants burned.

And so the industry’s future seems to depend on amping up its core technology. Fitbit is exploring how to harness the data it already collects so users can monitor conditions such as hypertension, atrial fibrillation, and sleep apnea, a disorder that affects 18 million adults in the U.S. That would enable its products to go from nice-to-have items to “must-have devices,” says Fitbit’s Park. The timeline for these developments, which would require regulatory approval, remains uncertain.

With 29 million Americans having diabetes and another 86 million estimated to be prediabetic, a noninvasive blood-sugar tracker is the industry’s holy grail. But finding it won’t be easy.

It’s unclear whether it’s possible to detect accurate glucose measurements from fluids other than blood, says Mark Rice, a diabetes expert at Vanderbilt University. The body tightly regulates glucose, and it leaves the blood—via tears, urine, and sweat—only when levels spike above the normal range. That means a device could potentially communicate abnormally high, but not low, blood sugar from perspiration. Measuring glucose via infrared light is another option, but this method presents its own challenges, as glucose levels are relatively low, colorless, and hard to detect. “There’s a huge amount of noise, and a very small signal,” says Rice.

Such obstacles haven’t prevented companies from pouring hundreds of millions into the hunt. While a handful of startups are publicly attacking the problem, the larger tech and pharmaceutical players are more secretive in their pursuits. Apple has been quietly working on a glucose-measuring device for years, according to two CNBC reports. (Apple declined to comment.)

Last year Google partnered with Sanofi to form Onduo, a company that is scheduled to launch coaching and support services for people with diabetes next year. Onduo is “bullish” that a clinical-grade, noninvasive, continuous glucose monitor is possible; the company is in talks with several pharmaceutical companies that are working on such a device.

If the industry can surmount those daunting barriers, then comes an additional challenge: combining these biometrics with artificial intelligence able to process, analyze, and communicate them in a way that gets people to take action. Eventually, wearables might become emotionally intelligent enough to act as a coach and doctor. “For chronic diseases, you need a service. You can’t just have technology,” says Onduo CEO Joshua Riff.

“The first 10 years was all about, ‘How do we build these devices to track and collect data?’ ” says Fitbit’s Park. “The next 10 years will be about the insights and guidance.”

The industry, it seems, is in for a long rehabilitation period.

A version of this article appears in the Aug. 1, 2017 issue of Fortune with the headline “Data Won’t Make You Fit.”