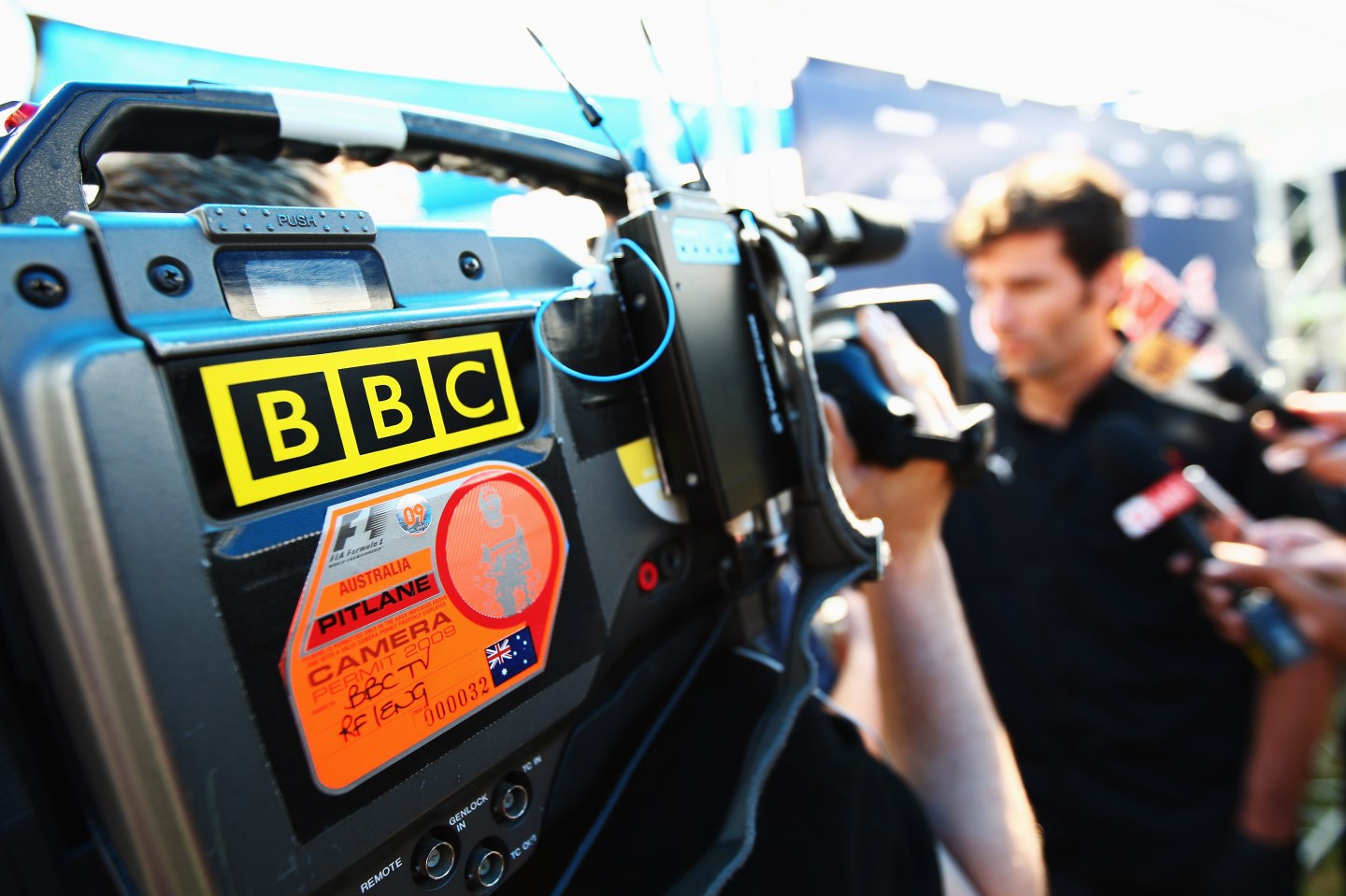 Mark Webber of Australia and Red Bull Racing is interviewed by the BBC in the paddock during previews to the Australian Formula One Grand Prix at the Albert Park Circuit on March 26, 2009 in Melbourne, Australia.
Clive Mason Getty Images

Some of the most high-profile female presenters at the BBC called on the head of Britain’s public broadcaster on Sunday to “act now” to address a gender pay gap at the network. The BBC currently pays its top male star five times more than its best-paid female presenter.

Reaching 95% of British adults every week and a global audience of 372 million, the BBC is a prized national asset but faces intense scrutiny over spending. The BBC’s funding comes from a fee levied on TV viewers.

Its list of on-air employees earning at least 150,000 pounds ($195,555) numbered 96 people, two-thirds of them men, most earning more than women doing similar work.

“You have said that you will ‘sort’ the gender pay gap by 2020, but the BBC has known about the pay disparity for years. We all want to go on the record to call upon you to act now,” more than 40 women wrote to the BBC’s director general, Tony Hall.

The BBC was hesitant to publish salary information, which it said would make it easier for rival broadcasters to poach talent. But it bowed last week to the government’s demand to publish the salaries of its highest earners.