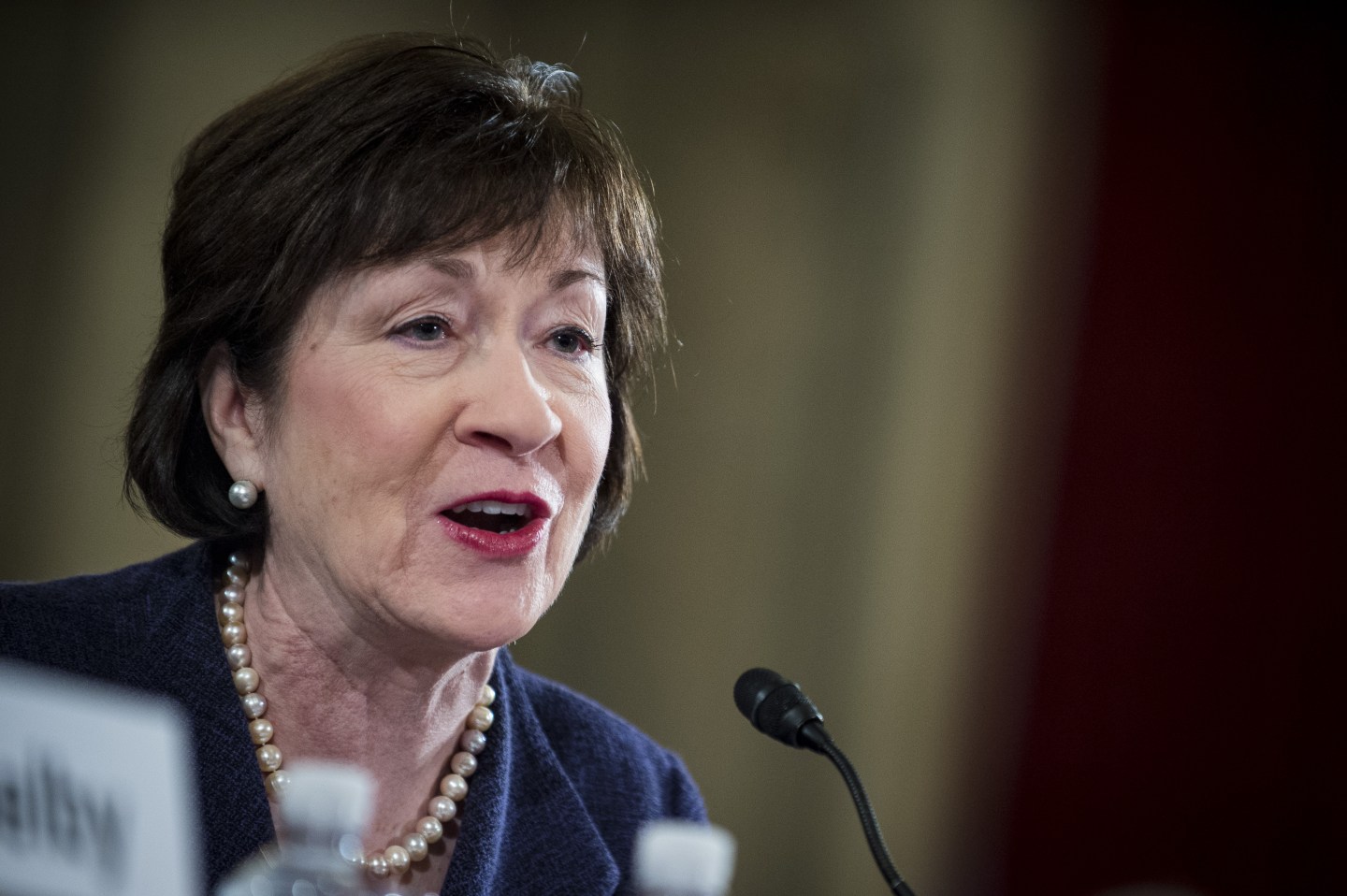 Senator Susan Collins, a Republican from Maine, introduces Senator Jeff Sessions, a Republican from Alabama, not pictured, at the start of the Senate Judiciary Committee in Washington, D.C., U.S., on Tuesday, Jan. 10, 2017. Sessions will warn at his confirmation hearing Tuesday of a "dangerous trend" in violent crime and vow to better defend police while tackling accusations that he'll gut civil rights, as he seeks to become President-elect Donald Trump's attorney general. Photographer: Pete Marovich/Bloomberg via Getty Images
Bloomberg Bloomberg via Getty Images

Sen. Susan Collins (R-Maine) is not happy with the GOP’s latest plan to repeal Obamacare.

During an appearance at the Maine Medical Center Research Institute on Friday, the Senator said repealing Obamacare is “unacceptable” because it would leave millions without insurance, the Portland Press Herald reports.

If the Senate bill were to become law, 22 million fewer Americans would have health insurance by 2026, according to a Congressional Budget Office report.

“You don’t take a safety net program that has been operating for more than 50 years and change it in fundamental ways without having a single hearing to evaluate its impact,” she said.

Despite opposition from some Republicans, Senate Majority Leader Mitch McConnell said this week there will be a vote to repeal Obamacare, also known as the Affordable Care Act, on Tuesday.