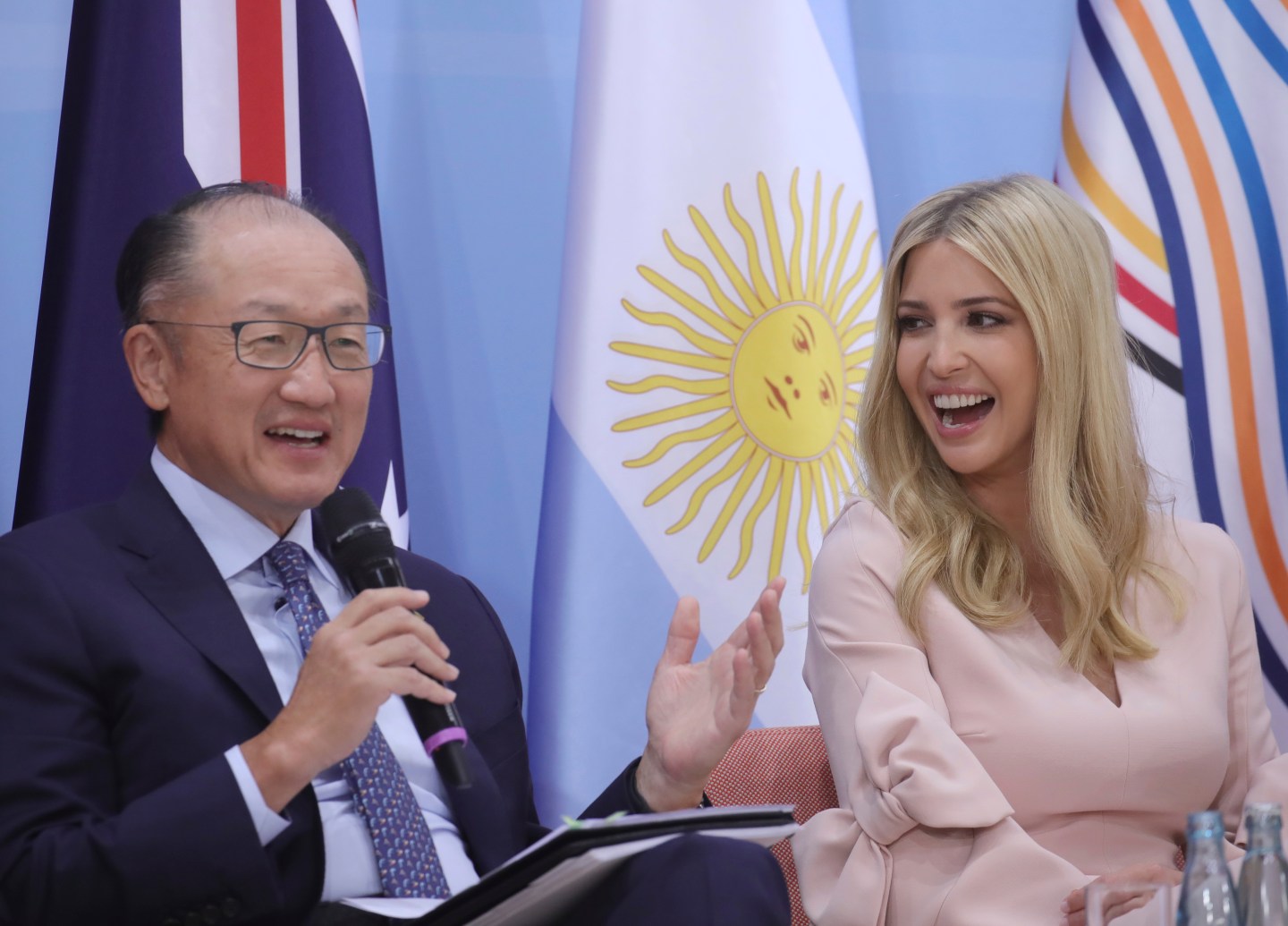 The event put a spotlight on the powerful political role Ivanka Trump plays in the White House, where she has a formal job as an adviser to her father, and has frequently met with world leaders, including German Chancellor Angela Merkel and Canadian Prime Minister Justin Trudeau.

The World Bank said initial funding of $325 million was coming from donors including Germany, the United States, Saudi Arabia and the United Arab Emirates, and would be matched by hundreds of millions of dollars in additional private capital.

“This is going to be what we hope will be a multi-billion dollar fund to support women entrepreneurs,” World Bank President Jim Yong Kim said at a launch attended by six of the 20 world leaders meeting at the G20 summit in Hamburg and IMF Managing Director Christine Lagarde.

“This is not a cute little project. This is going to be a major driver of economic growth in the future … and it’s going to drive gender equality at the same time,” he said.

The program, which aims to start awarding loans before year end, will work with governments “to improve laws and regulations that are stifling women entrepreneurs” and push banks to free up funds for female-owned businesses.

It will also create an online mentoring tool to match women business owners in developing countries with advisers such as Ivanka Trump, Kim said.

Women business owners at the event said it was important to tackle legal barriers that prevent women from owning property and limit their access to funds.

Merkel said she was impressed how quickly the bank had realized the project, which was first initiated five months ago.

“If everything went as quickly at the World Bank … then we would be much more efficient,” she said.