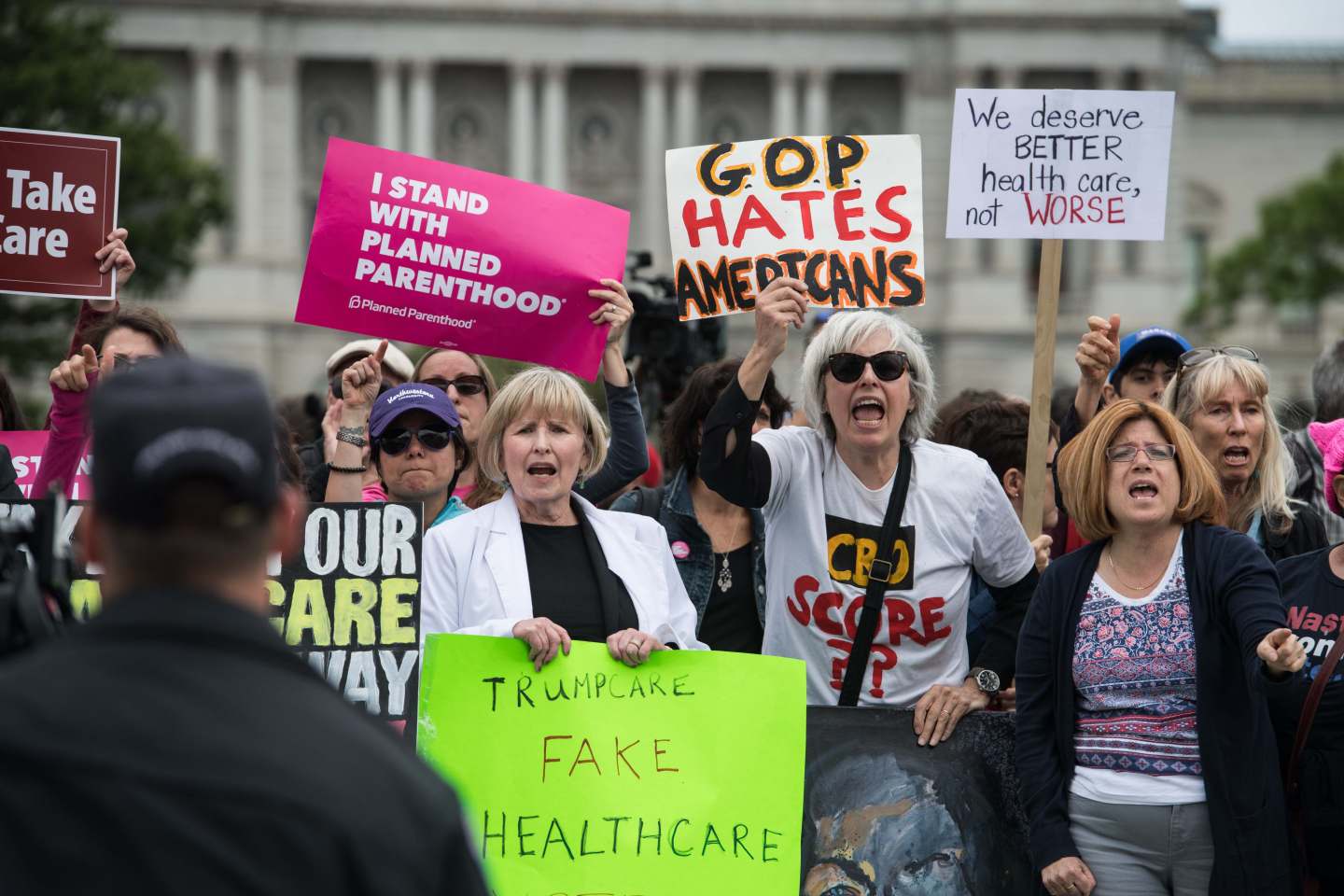 Protesters hold signs and shout at lawmakers walking out of the US Capitol in Washington, DC, on May 4, 2017 after the House of Representatives narrowly passed a Republican effort to repeal and replace Obamacare, delivering a welcome victory to President Donald Trump after early legislative stumbles.
Nicholas Kamm—AFP/Getty Images

The embattled GOP replacement for Obamacare is the most unpopular legislation in three decades, according to a report from Axios.

A survey from MIT’s Chris Warshaw, who has compiled Roper Center polling data on major Congressional legislation since 1990, found the American Health Care Act has a public support rating of just 28.2%. That’s notably lower than the Affordable Care Act, which was polling at 43.8% when it was passed.

To put the AHCA in perspective with a few other notable unpopular bills, the 2008 Troubled Asset Relief Program, which bailed out struggling banks despite immense public protests, had a 41.3% approval rating when it was passed. The Dodd-Frank financial reform bill, which the House voted to kill last month, averaged a 61% approval rating.

The Clinton health care plan polled at just 40% and never made it to a floor vote, while George W. Bush’s proposal to partially privatize Social Security, which polled at 46%, suffered a similar fate.

There doesn’t appear to be any looming shift in public opinion about the AHCA, either. A recent USA Today poll found that only 12% of Americans support the Senate’s plan.

The low public opinion on the bill could be why Senate Majority Leader Mitch McConnell has recently begun hinting that he’s open to working with Democrats to shore up support for the ACA’s existing insurance markets.