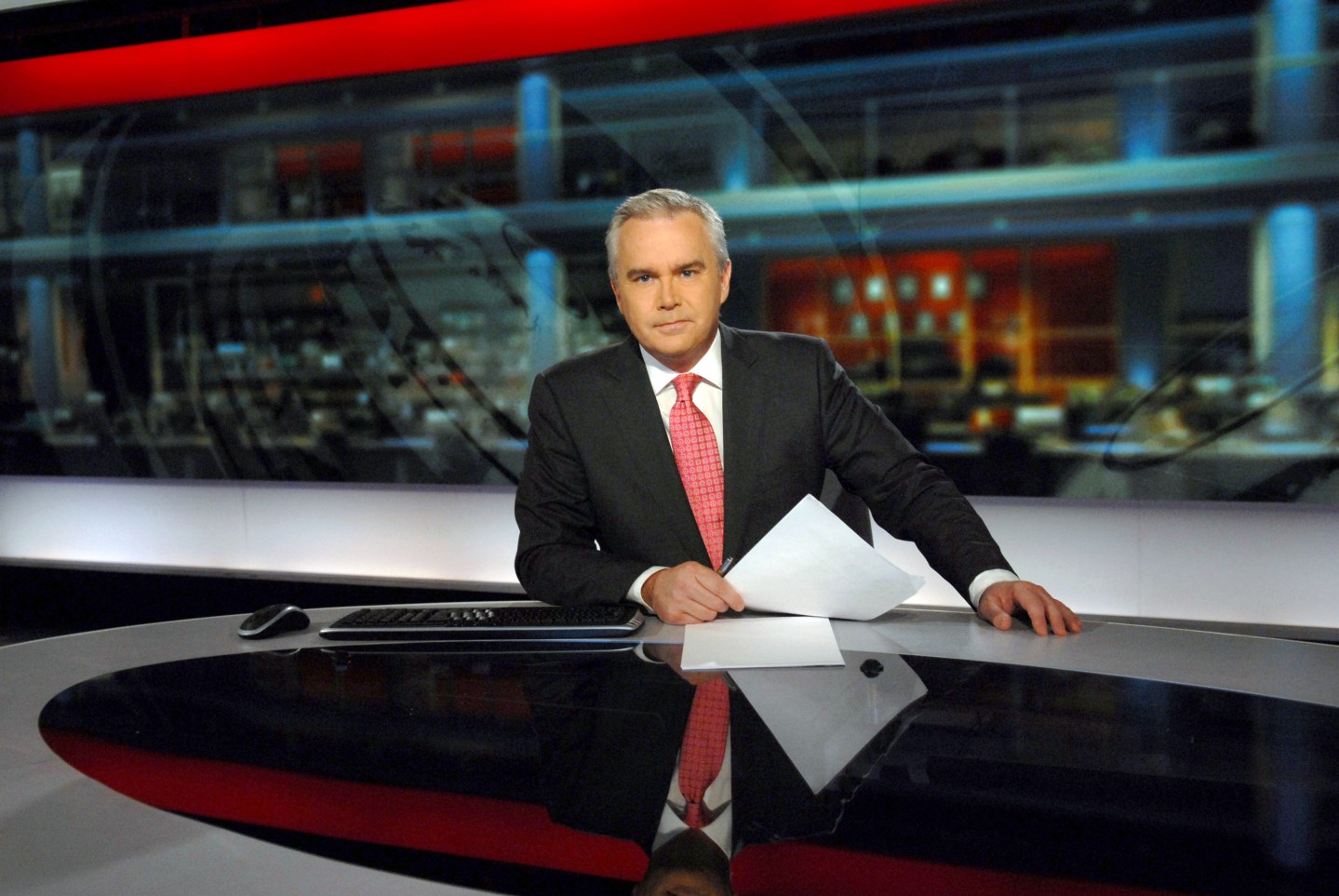 BBC’s News at Ten, the British media network’s flagship evening news program, suffered a technical glitch that caused it to broadcast Huw Edwards, the program’s anchor, lost in thought at his desk for four oddly entrancing minutes earlier this week.

After the show’s typical intro segment, a computer malfunction caused the show to start airing Tuesday before Edwards knew the cameras had turned on. He sat silently, hands folded, and contemplatively studied his notes while awaiting a cue.

The video segment, embedded below, is mesmerizing. Periodically interrupting the quietude, a “breaking news” clip flashes on-screen about a dozen times. The cameras glide and zoom while the anchor remains seated, meditating, eyes trained on the two thin stacks of papers on his desk, while occasionally jotting a note.

The clip is strangely calming, not unlike the avant-garde artist John Cage’s masterpiece 4’33”. Paul Royall, the show’s editor, blamed the accidental airing on a “technical system crash” that occurred just moments before the show was scheduled to start. “Director had to switch to a back-up system ASAP,” he said in a post on Twitter.

After the team recovered from the mishap, Edwards begged his audience’s pardon. “A few technical problems tonight for which we apologize,” he said, now looking into a camera. Viewers didn’t seem to mind the delay. One watcher, a production editor at the Guardian, commented on Twitter that he found the segment engrossing. “Watching Huw Edwards do nothing on BBC news is kinda absorbing, like a lava lamp,” he said. (This Fortune writer agrees.)

Watching Huw Edwards do nothing on BBC news is kinda absorbing, like a lava lamp

Edwards later told BBC Radio 4’s The Media Show that he eventually “sensed I might be on,” so he took “the most conservative approach possible.” That is, doing nothing. Ben Mundy, a colleague of Edwards, commended the performance. “Absolute masterclass,” he wrote in a post on Twitter.

BBC’s News at Ten isn’t the only program to be struck by glitches this week. On Wednesday morning, Good Morning Britain, a popular program on ITV, a British television network, suffered similar technical problems, including interrupted transmissions and commercial breaks.

After Edwards finished News at Ten, the anchor said he planned to top off the evening with a nightcap. He posted a photo of an ale on Twitter alongside the Welsh phrase for “cheers!”