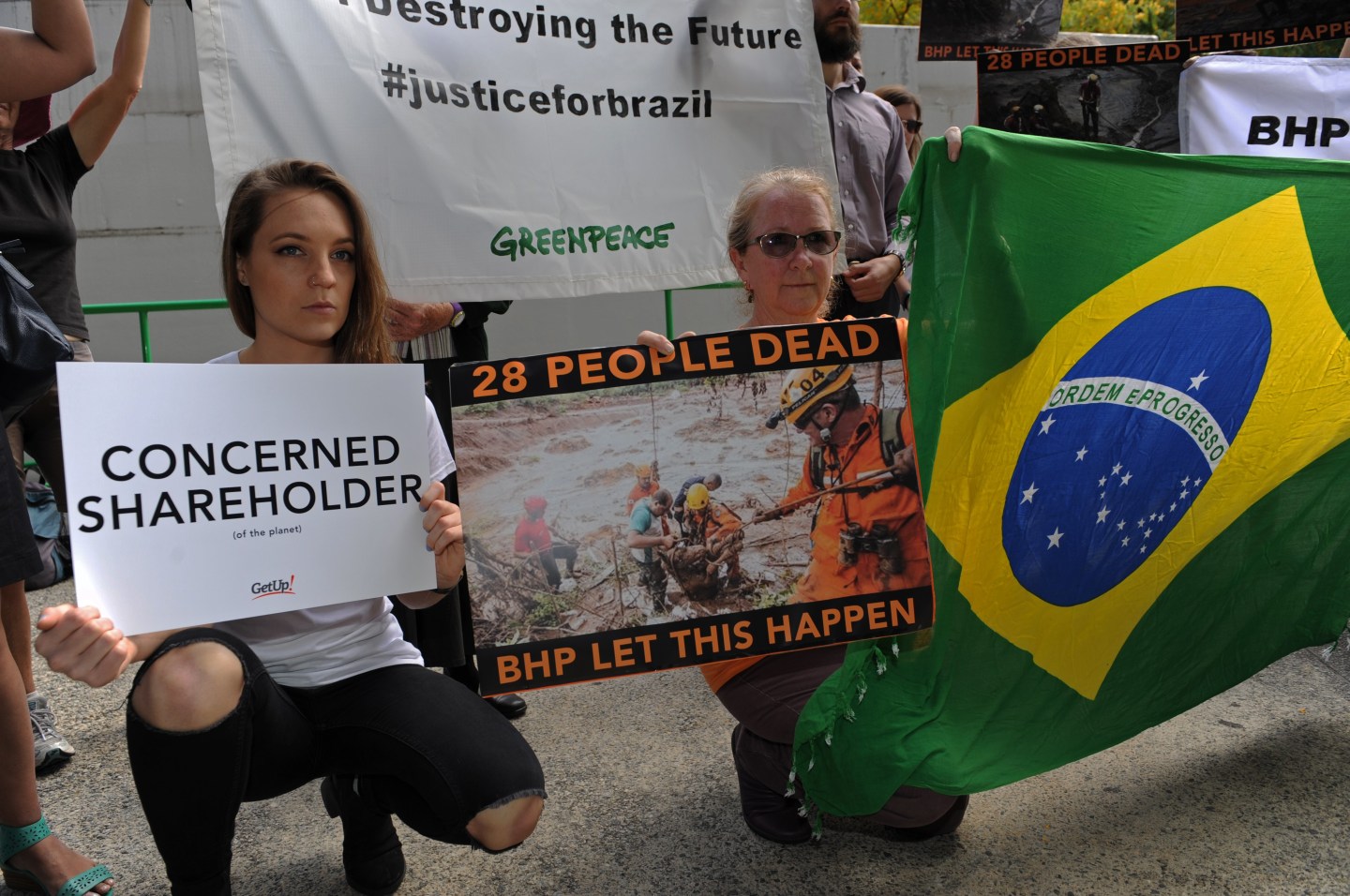 As BHP Billiton (BHP) fends off the attention of Elliott Management, activist funds are targeting other Australian firms, shaking up a corporate culture that has long favored quiet chats over splashy headlines.

“Whereas before it was quite normal for companies to address any potential shareholder activism in Australia behind closed doors, only now is there a real appetite to go public and to take the message direct to shareholders,” said Michael Chandler, governance director at shareholder engagement firm Global Proxy Solicitation.

Activists publicly targeted 26 Australia-listed companies in the first five months of 2017, a quarter more than same period five years ago, according to data from research firm Activist Insight.

While the number of targets is similar to last year, the size of targets has jumped. Elliott’s three month campaign targeting BHP, known as “The Big Australian”, has cemented the idea that no company is immune.

The strategy appears to be bearing some fruit, with activist shareholders winning board-level resignations or strategy changes.

Among the more recent campaigns, building firm Brickworks is in court to defend its corporate structure from attack by Perpetual, while Wilson Asset Management forced the exit of Hunter Hall Global Value’s chairman in April.

More attacks are also coming from overseas – a change for a country where activist investors have largely been homegrown.

Between 2013 and 2016, 86% of Australian campaigns came from domestic investors, compared with 59% in Canada and 39% in Japan, according to Activist Insight data. “The U.S. markets are a bit saturated, so (activist investors) look at the markets that don’t have as much activist focus at the moment and that are most similar to the U.S.,” said David Hunker, head of shareholder activism defence at J.P. Morgan.

Crystal Amber backed a new management team’s plan to commercialize the company’s obesity and diabetes treatment, is pushing for an AIM listing in Britain and has grown its stake to more than 40%.

Shareholders can call a meeting to remove directors with only a 5% stake and boards are barred from putting in place U.S.-style “poison pills” to insulate themselves from a change of control.

Yet compared with the United States, where Elliott last month raised more than $5 billion in 24 hours for a new fund, shareholder activism is still niche in Australia.

“None of the big name marquee activists have really made an attack down here publicly until Elliott,” said Gabriel Radzyminski, managing director of Sandon Capital, one of the few dedicated activist funds in Australia.

“You’ve got to have an appreciation for local mores and customs. It doesn’t mean foreigners can’t do it, but you have just got to be conscious.”

Australia has a relatively insular, risk-averse community of board members and investors who for the most part do not seek public confrontation, said Gilbert + Tobin partner Justin Mannolini.

“I do think we are culturally inclined to avoid conflict rather than to bring it on,” he said.

“In Australia we have this independent non-executive director club where you have a large group of ex-CEOs, ex-bankers, ex-lawyers in some cases and they are very much dependent on their income for parts of their retirement in sitting on four or five board seats,” said another lawyer who advises boards and requested anonymity for fear of reprisals. “It is very much a club.”

Sometimes, the mere act of taking a campaign public can sometimes be enough to shake things up. Directors don’t want to be “tainted” and lose out on future roles and fees because they were rejected by shareholders.

A Gilbert + Tobin review of the 2016 AGM season found nearly half of the proposed resolutions from activists seeking to remove board members were withdrawn before the meeting because the directors voluntarily resigned or the activist succeeded in getting a board appointment of its choosing.

Some investors and directors say Australian boards do respond to feedback from major investors and they can achieve their aims without confrontational, public spats.

For example, Insurance Australia Group in 2015 killed plans to establish a general insurance business in China after fund managers privately baulked at the risks.

Shareholders in BHP succeeded in privately persuading the miner to change its dividend policy last year and to halt pricey expansion plans in 2012.

“We wouldn’t be invested in the company if we didn’t like it in the first place,” he said.