U.S. Falls Behind China and Switzerland in Supercomputer Race 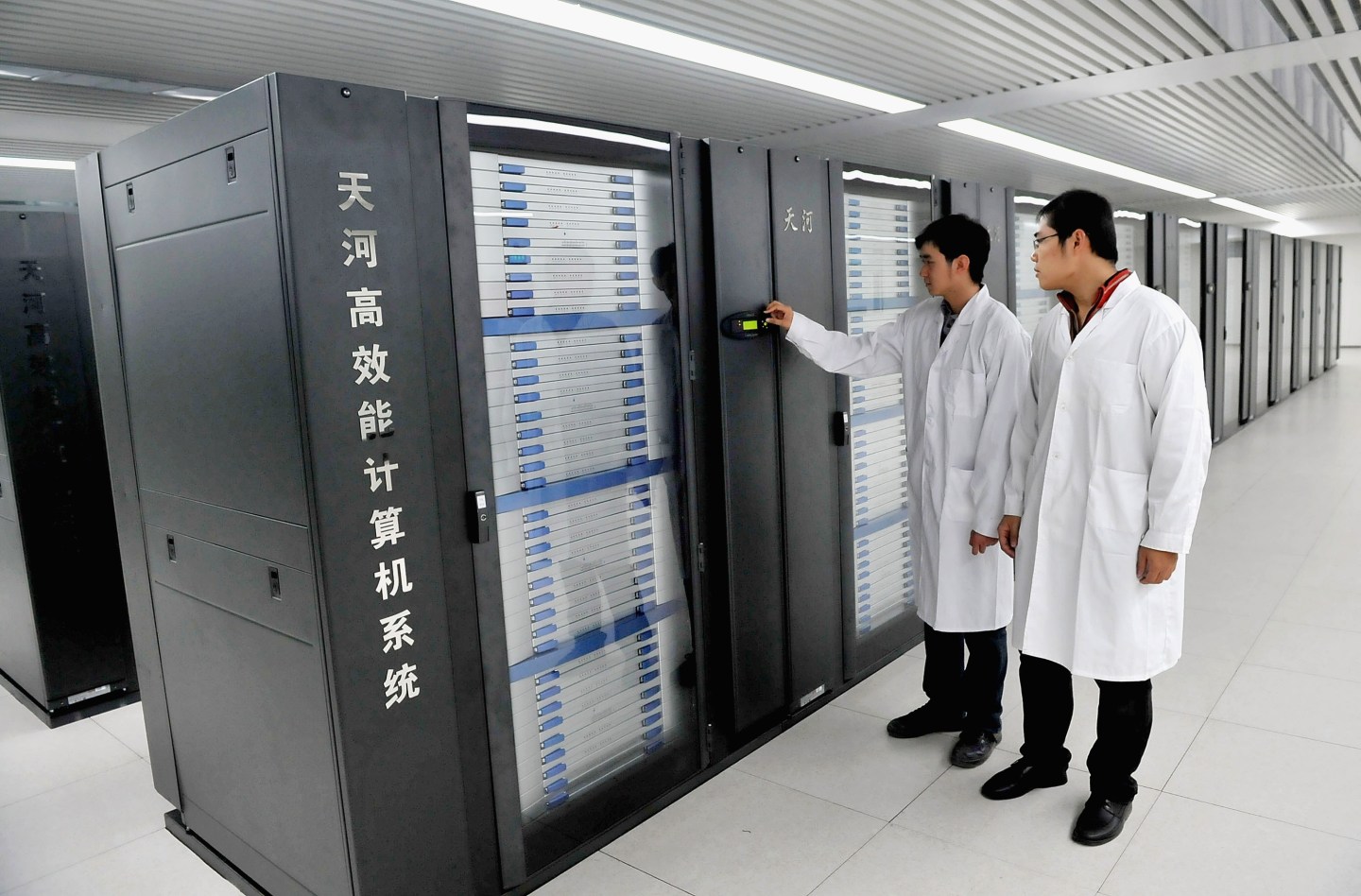 TIANJIN, CHINA - NOVEMBER 02: (CHINA OUT) Staff analysis the Tianhe-1 supercomputer at the National Supercomputing Center on November 2, 2010 in Tianjin, China. China's Supercomputer, Tianhe-1, meaning 'Milky Way', has a sustained computing speed of 2,507 trillion calculations, or 2.507 petaflops per second which is the fastest in the world at present. (Photo by VCG via Getty Images)
VCG VCG via Getty Images

The U.S. may need a more powerful supercomputer.

It is only the second time that the U.S. absent from the top 3 most powerful supercomputers since the organization started compiling the rankings 24 years ago. In the previous ranking, published in November, the top U.S. supercomputer—located at Oak Ridge National Laboratory in Oak Ridge, Tenn.—was No. 3.

“The only other time this occurred was in November 1996, when three Japanese systems captured the top three spots,” the organization said in a statement.

But it wasn’t all bad news for the U.S.

Nvidia’s (NVDA) GPU chips, which are specialized for heavy data crunching like deep learning, are being used in 91 supercomputers to make them more powerful beyond what the typical chips used inside. For example, the Swiss National Supercomputing Center outfitted its supercomputer with Nvidia’s chips, which caused the machine to double its performance and climb from No. 8 to the No. 3 in the supercomputer rankings.