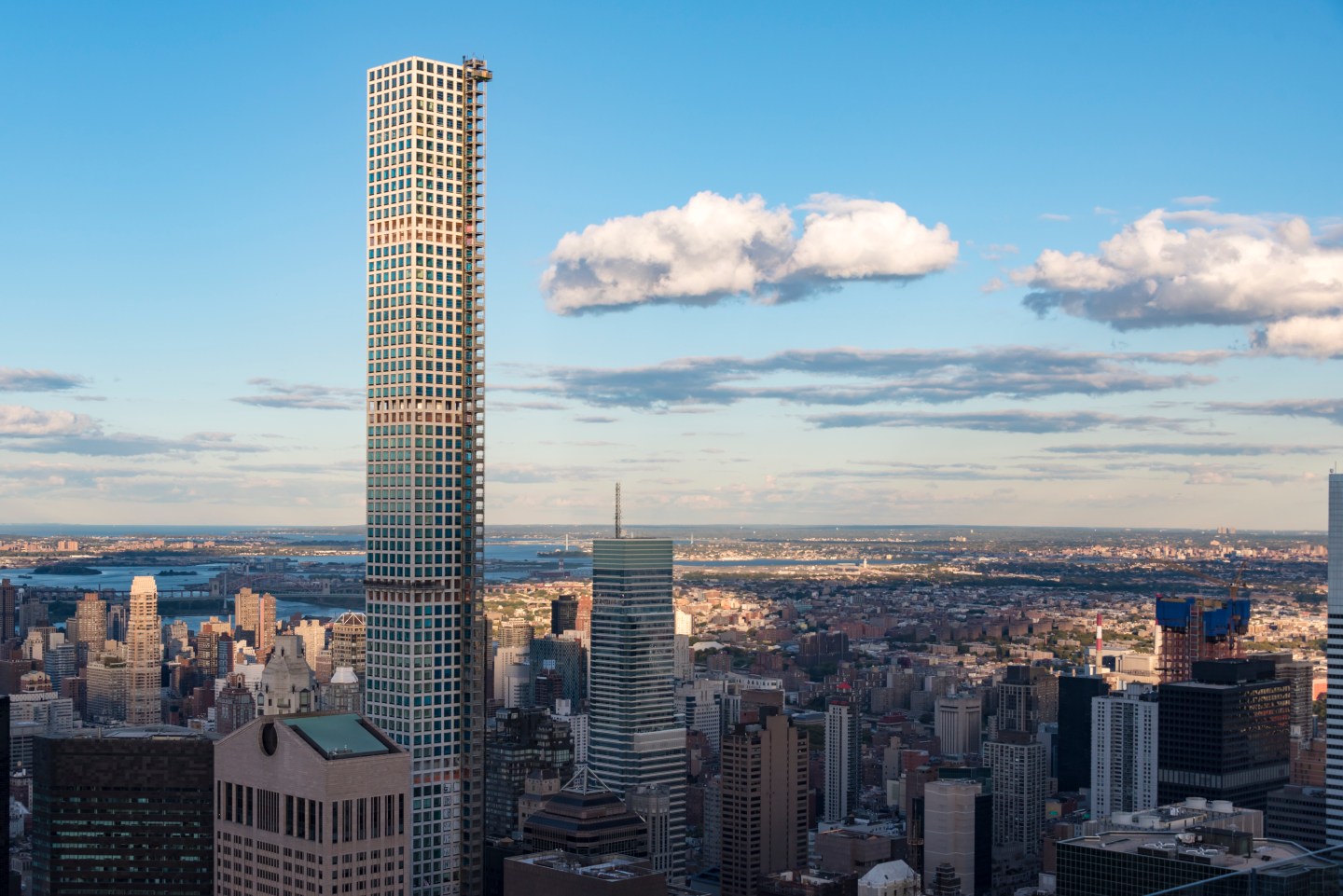 432 Park Avenue, a luxury residential tower a stone’s throw from Central Park, dominates the famous New York skyline. Architect and former Wallpaper* Awards judge Rafael Viñoly worked with the developer team, Macklowe Properties and the CIM Group, to produce the design for an impressive 96-story high slender structure, featuring elegant 10ft by 10ft square windows. In this short film (below), Wallpaper* catches up with Viñoly in his studio in New York to hear the thinking behind New York’s tallest skyscraper—as well as the tallest building in the Western Hemisphere—behind One World Trade Center.

Offering a mix of high-end apartments, the residential development features interiors by well-known practices such as Deborah Berke, as well as Viñoly’s own firm, while the design’s high quality finishes include high ceilings, solid oak flooring and custom hardware.

The tower also offers generous extra space for wine cellars, office suites, staff apartments and storage facilities that are available for the residents’ use, should they wish to include them in their purchase. A relatively new icon for the city, 432 Park Avenue was completed in December 2015.

A version of this article previously appeared on Wallpaper.com.