Saks Fifth Avenue Manhattan Store May Be Better Off As A Hotel, Activist Investor Says 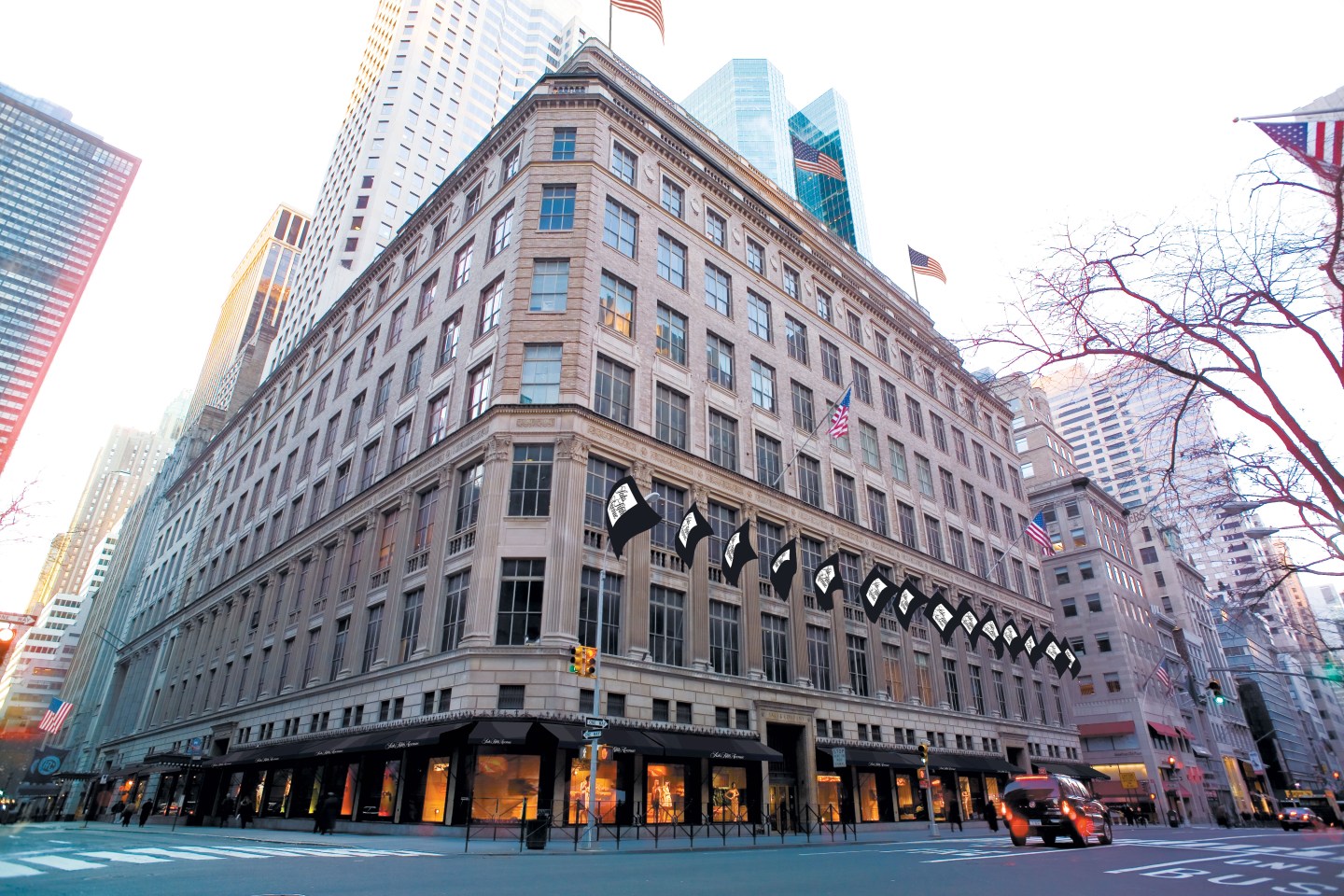 Hudson’s Bay Co (HBC) is facing pressure from an activist investor to either go private or redevelop some of its best real estate to prop up a stock that has taken a beating among chronically weak sales at the department store operator.

Land & Buildings Investment Management, which has accumulated a stake of roughly 4.3% in HBC, said in a letter to HBC’s board on Monday that its real estate, which includes the Saks Fifth Avenue flagship in Manhattan valued by some at $4 billion (nearly 3x the company’s stock market value) and the Hudson’s Bay store in downtown Toronto, is worth four times the stock price. Jonathan Litt, founder and chief investment officer of Land & Buildings, in his letter also bemoaned HBC’s 25% stock share drop in recent months.

HBC, whose holdings also include Lord & Taylor and Germany’s Kaufhof chains, said in a press release it had received Litt’s letter and “is reviewing the letter and will respond in due course.”

Shares in Hudson’s Bay rose about 16% on Monday morning.

Earlier this year, HBC was reportedly in talks to acquire much larger rival Macy’s and then Neiman Marcus Group, none of which went anywhere. In recent years, the company has been on a shopping spree, buying up several retailers with prime real estate, in some cases spinning it off to rake in billions to finance the next acquisition.

All the while, the sales performance of HBC’s portfolio chains has been paltry, showing the company has not been spared the turmoil roiling all department stores of late: in its most recent quarter, HBC reported a 2.9% decline in comparable sales, with sharper drops at Saks and its discount chain. The company last week also announced 2,000 layoffs as part of a $350 million cost saving program.

Nordstrom (JWN) recently said the Nordstrom family was looking into taking the company private following a sharp decline in its shares. Litt wants HBC to consider a similar move, or at least to take steps to extract more value from its physical stores, saying that its core business was not what would propel the company’s shares.

“The path to maximizing the value of Hudson’s Bay lies in its real estate, not its retail brands,” Litt wrote.

Hudson’s Bay Chairman Richard Baker is a long-time New York area real estate executive who cut his teeth building shopping centers with his father Robert, founder of National Realty & Development Corp. Litt recently lost a push to oust directors at mall developer Taubman Centers (TCO), which is controlled by its namesake family. He would face similarly difficult odds in getting HBC to go private because of how large a stake insiders, some 20%, hold in the retailer. HBC had a market capitalization of $1.2 billion before news of the letter broke.

Still, Litt said HBC would garner better returns by redeveloping its prime department-store space, including the sprawling Saks Fifth Avenue flagship in the heart of New York’s luxury strip, into office towers, hotels or boutiques. “Is the best use of this location truly a department store? What about a hotel? Or office?,” he asked.

Macy’s (M) recently faced similar pressure from an activist investor, Starboard, to spin off some real estate, arguing it was worth more than the chain’s underlying retail business. Starboard recently exited its Macy’s investment.