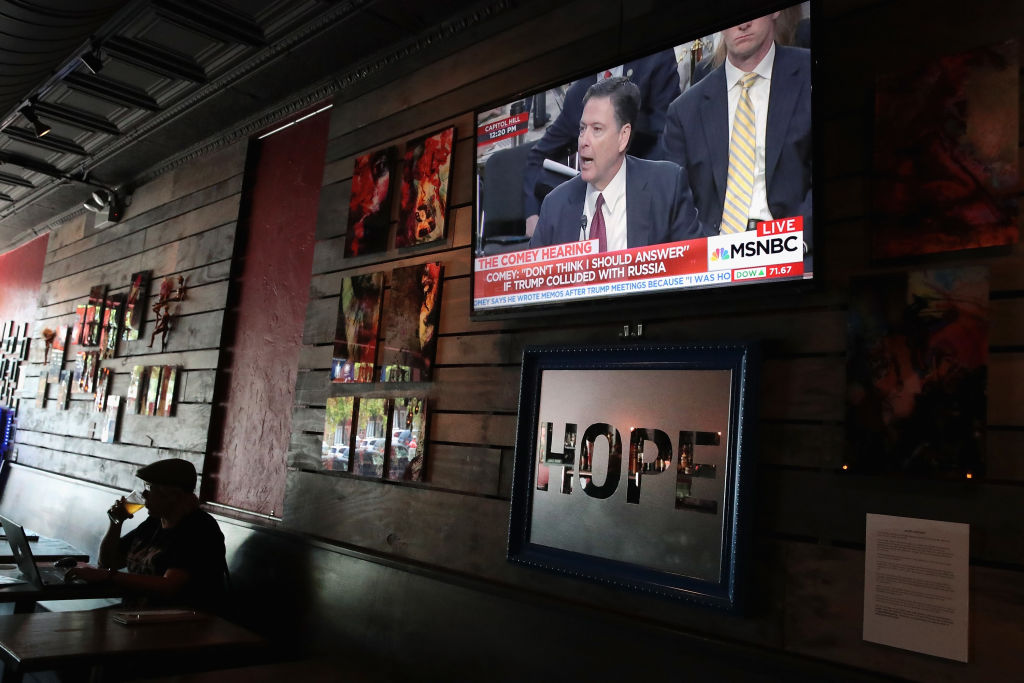 According to The Hollywood Reporter, about 18 million viewers watched Comey’s hearing before the Senate intelligence committee live across the six big networks: ABC, CBS, NBC, CNN, Fox News and MSNBC. The total number rose to 19.4 million as viewers watched the testimony, in which Comey revealed details of the private conversations he’d had with President Trump, on Univision, CNBC and Fox Business Network.

ABC took in the most viewers, with 3.3 million, followed by Fox News, with 3.1 million. CNN took the top spot among adults between the ages of 25 and 54, and came in a close third with 3.05 million viewers.

Along with those who watched it on television, millions of viewers streamed the hearing online, according to The Hollywood Reporter.