If Trump Blocks Someone on Twitter, Is That a First Amendment Issue? 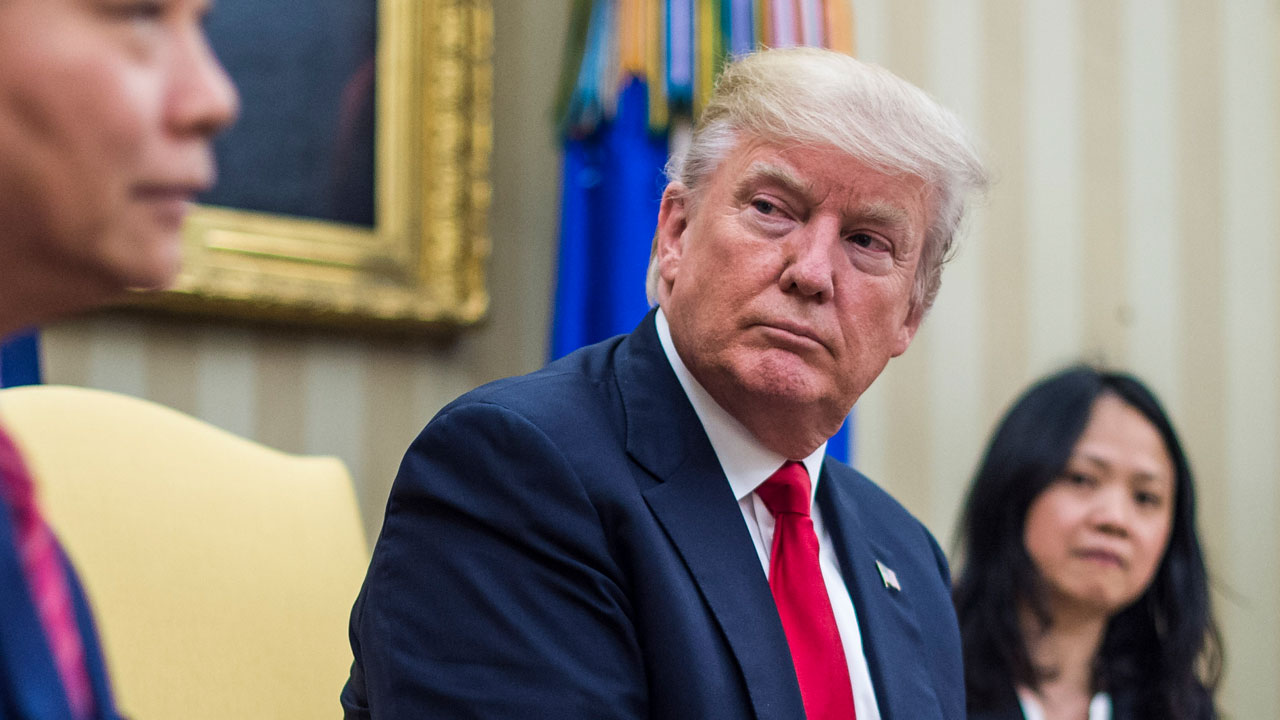 Twitter users block others on the service all the time, in some cases because they are abusive and sometimes just because they’re irritating. But is it different if the user doing the blocking happens to be the president of the United States?

The Knight First Amendment Institute says it is different, or at least that it should be. The Institute, a non-profit group associated with Columbia University, has sent a letter to the White House arguing that Trump is breaching the First Amendment rights of those he blocks.

It might seem laughable at first — and there are some First Amendment experts and supporters who appear to find it so — but the Institute believes that it has a valid case.

According to the letter, written by Institute director Jameel Jaffer, the president’s Twitter account fits the legal definition of a “designated public forum,” and as such it can’t be closed to public access under the First Amendment.

In effect, the Institute argues that the law requires Trump make his account available to everyone regardless of whether they criticize him. It has said it is considering pursuing a case against the president on behalf of two users who were blocked by him.

“Though the architects of the Constitution surely didn’t contemplate presidential Twitter accounts, they understood that the President must not be allowed to banish views from public discourse simply because he finds them objectionable,” Jaffer said in a statement.

“Having opened this forum to all comers, the President can’t exclude people from it merely because he dislikes what they’re saying.”

Not everyone is buying this argument, however. Ken White, a former assistant U.S. Attorney who writes legal commentary at Popehat and is a First Amendment expert, said that he found the idea of the Institute’s case “ridiculous.”

I'm kind of sort of a First Amendment supporter and stuff and I think this is ridiculous.https://t.co/7LM0UQNZ6b

Ken Paulson, president of the First Amendment Center, told the Wall Street Journal that the Institute had a “novel and ambitious argument” that was clearly in the public interest. But he also described it as a “tough sell.”

Is the president’s Twitter account “a public forum where interactive free expression is expected or more like a newsletter, where the communication is all one way?” Paulson asked. Municipalities that establish Facebook pages and invite citizen input may be creating public forums, “but I’m not sure that Donald Trump’s brief bursts of opinion are the same thing.”

I've been waiting for a case like this – if gov't officials operate a communication channel they should not block access based on viewpoint. https://t.co/9iiahcl4uk

There a number of problems with determining whether Trump’s Twitter account is a public forum or not, and one of them stems from the fact that the law is far from settled on the question of what exactly constitutes a truly public forum.

The other complicating factor is that Twitter is a privately-held company, and the president is just behaving in accordance with its terms of service.

The laws relating to free public access to government property were designed to protect the ability of demonstrators, protesters, etc. to speak their mind in public parks and other areas. The extension of this right to any “public forum” didn’t occur until a Supreme Court decision in 1972, and from that point things just got more and more complicated.

As University of Florida law professor Lyrissa Lydsky put it in a legal paper on the First Amendment and online forums that was published in 2011, the U.S. Supreme Court’s public forum and government speech doctrines are “lacking in coherence — to put it mildly.”

In a nutshell, there are several definitions for public forums, based in part on what the government’s intentions were in setting them up in the first place. In a fully public forum, opposing views can’t be censored. But a “limited public forum,” which has a specific purpose, can be restricted in a variety of ways.

To further complicate things, the government and its representatives are protected from First Amendment rules on such matters if what they are doing is defined by the court as “government speech.” If so, then feedback or input or access theoretically can be restricted.

So should Donald Trump’s Twitter account be considered a public forum, a limited public forum, or a form of protected government speech?

Comments from press secretary Sean Spicer on Tuesday could be pertinent to such a case, because he said that Trump’s tweets are considered to be “official statements by the president.” That could support the argument that Trump is engaging in government speech, and therefore opposing viewpoints can be restricted without breaching the First Amendment.