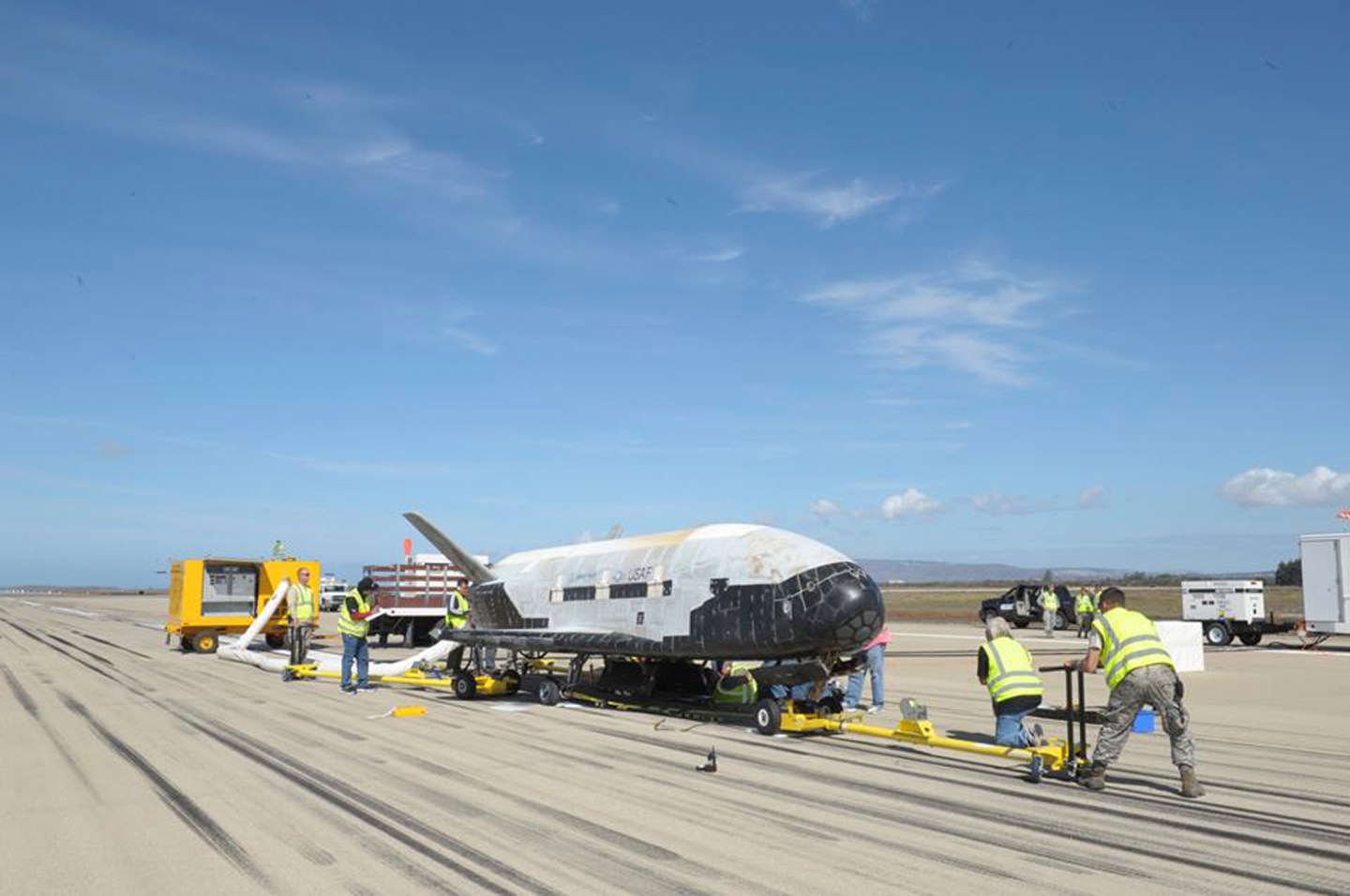 “SpaceX will be sending the next Air Force payload up into space in August,” Wilson said during webcast testimony before the U.S. Senate Armed Services Committee. She later specified that the payload would be one of the Air Force’s two X-37B space planes.

Launch contracts are usually announced about two years before a flight but the Air Force did not disclose the X-37B contract until Tuesday, a mere two months before the flight. The Air Force declined to say when the contract was awarded or provide other details.

SpaceX’s first publicly disclosed launch contract for the Air Force was awarded last year for a next-generation Global Positioning System satellite flight in 2018. A second GPS launch contract was awarded in March. The contracts are valued at $83 million and $96.5 million, respectively.

In May 2016, the U.S. National Reconnaissance Office disclosed it had hired SpaceX to launch a spy satellite aboard a Falcon 9. The mission, which was arranged through an intermediary, Ball Aerospace, took place last month.

SpaceX is owned and operated by technology entrepreneur Musk, who is also chief executive of electric car maker Tesla (TSLA).