The Danger of Not Reading a Face 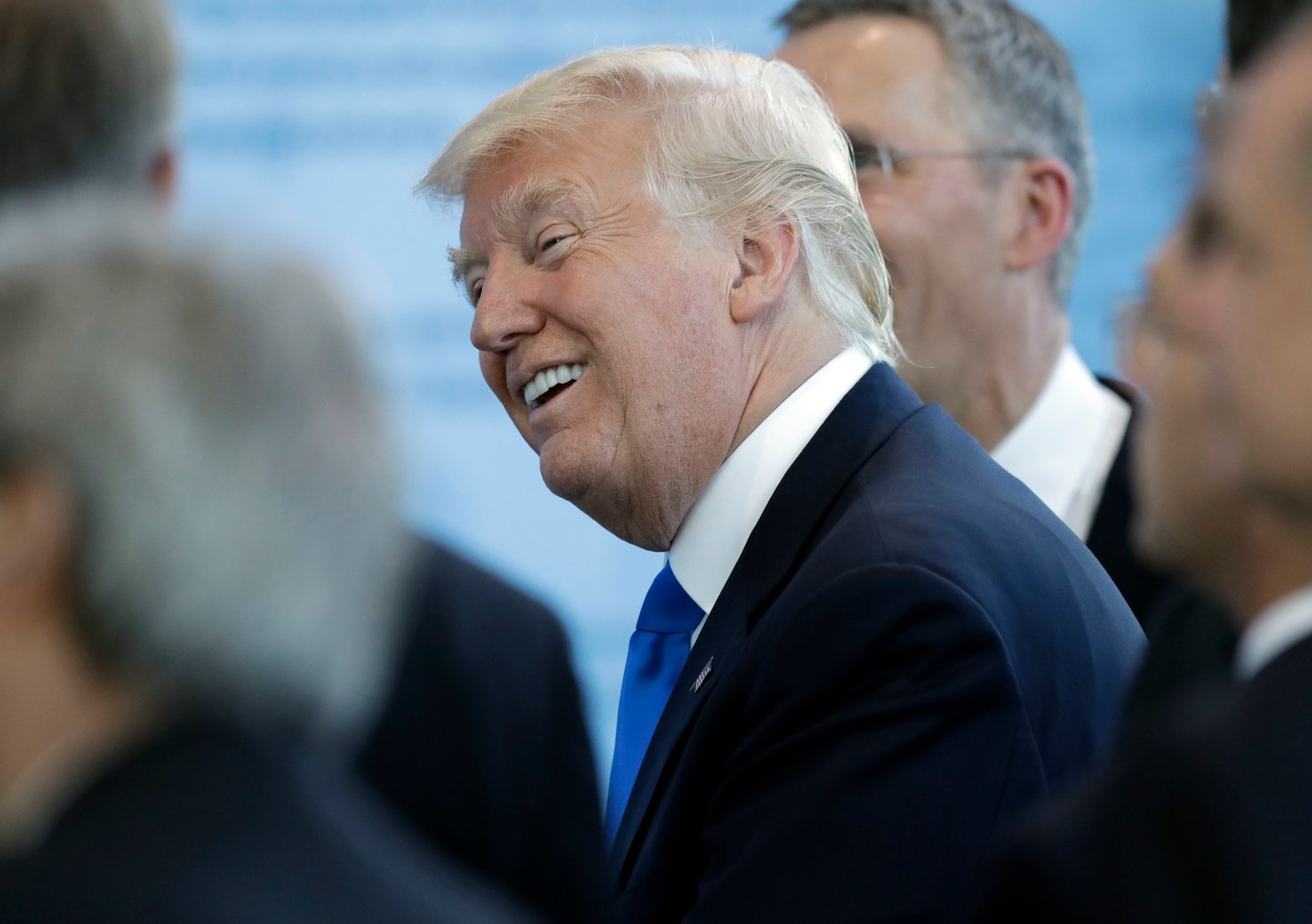 US President Donald Trump smiles during a tour of the new NATO headquarters during a NATO summit of heads of state and government in Brussels on Thursday, May 25, 2017.
Matt Dunham AP

This week I found myself drawn to a research study entitled, “Experience-based human perception of facial expressions in Barbary macaques (Macaca sylvanus).” How, you wonder? Well truth be told, I spied a summary of the paper on the science news site Phys.org, which offered a much juicier title: “Tourists risk animal bites by misreading wild monkey facial expressions as ‘kisses.’” (As a rule, I’ll read anything with “wild monkey” in the headline.)

But the original research paper—and my follow-up conversation with the lead author, Laëtitia Maréchal​—turned out to be more fascinating than even the phrase “wild monkey” might suggest.

The gist is that we humans are not so good at reading the facial expressions of Barbary macaques—and hint: this is important—even though we think we are.

In the study, Marechal, a behavioral ecologist/primatologist/conservation biologist at the UK’s University of Lincoln (it’s hard to know what to call a scientist with two Master’s degrees and a Ph.D.), and her colleagues showed volunteers photos of Barbary macaques displaying various “facial expressions related to aggressive, distressed, friendly or neutral states” and then tested their ability to identify them.

The humans really missed the mark when it came to matching a particularly toothy macaque expression—one in which “the corners of the lips are fully retracted and the upper and lower teeth are shown”—with the correct emotion. What looked to many like a smile was, in fact, a reflection of “a distressed emotional state…usually displayed as a submissive behavior during aggressive or dominant interactions.” Similarly, an expression that looked like “blowing kisses” was actually a sign of aggression. Oh well.

Marechal and her teammates conclude that this instinctive misreading may be getting both tourists and monkeys injured in places like South Africa’s Cape peninsula, Gibraltar, and various temples in Southeast Asia, where macaques and Ray-Ban-toting bipeds often get too close to one another.

But what makes the study truly compelling is that the research flies in the face of a very old theory, proposed by none other than Charles Darwin—that human beings and their close evolutionary cousins (in the words of Rachael E. Jack and colleagues) “communicate six basic internal emotional states (happy, surprise, fear, disgust, anger, and sad) using the same facial movements.” Indeed, that theory, called the universality hypothesis, has been getting beaten up over the last decade or so, with one research study after another taking an evidentiary swipe.

You say, “Okay, fine—I may not know my macaques, but I sure know what my beloved Labrador is thinking.” (Ahem.) You don’t. Or at least not as definitively as you think you do. (One of Marechal’s university colleagues, Kerstin Meints, has helped to develop an interactive CD, called “the Blue Dog,” to teach children how to interact with puppies and not get bit.)

Tellingly, a bevy of experimental evidence now demonstrates that even among humans, the meanings of facial expressions are often not intuitive across cultures, national origins, ethnicities, or the ages of individuals.

Which brings me to the question of whether mortals with wholly different political orientations can readily understand one other—not just one another’s words, but also their facial expressions, physical behavior, inflections of voice, and so on.

Yesterday, for instance, Jennifer Jacobs, a White House reporter for Bloomberg News tweeted an analysis of President Trump’s own interpersonal relations by one of his former aides, Corey Lewandowski. Trump is “so good at communicating,” Lewandowski reportedly said, that it takes staff with a “preexisting relationship to understand how the president functions.”

Earlier in the week, Mr. Trump himself tweeted out a “Thank you for your support” message, highlighting a Rasmussen opinion poll that concluded that 52% of voters disapproved of his performance as president.

While that tweet and others have raised eyebrows, they may be telling us something important about human perception and how sharply partisan orientations can shape it.

The President, in recent days and weeks, has withdrawn from the Paris Agreement on climate, lobbied hard for a bill that slashes funding for Medicaid by more than $830 billion even as it puts coverage of pre-existing conditions in the cross-hairs, and released a budget that eliminates or sharply cuts funding for health programs, research, and environmental protections—in each case, taking a position that is opposite to what large majorities of Americans, rich and poor, red state and blue, say they support. And, for that matter, opposite to what business leaders say they want, too.

The policies, on their face, as I’ve written in this space, don’t make sense. When examined through the lens of electoral politics, they make even less sense.

But maybe the issue isn’t policy or politics at all. Maybe it’s a question of perception. It may be that when the President is confronted with a nation in distress, he simply sees a smile.