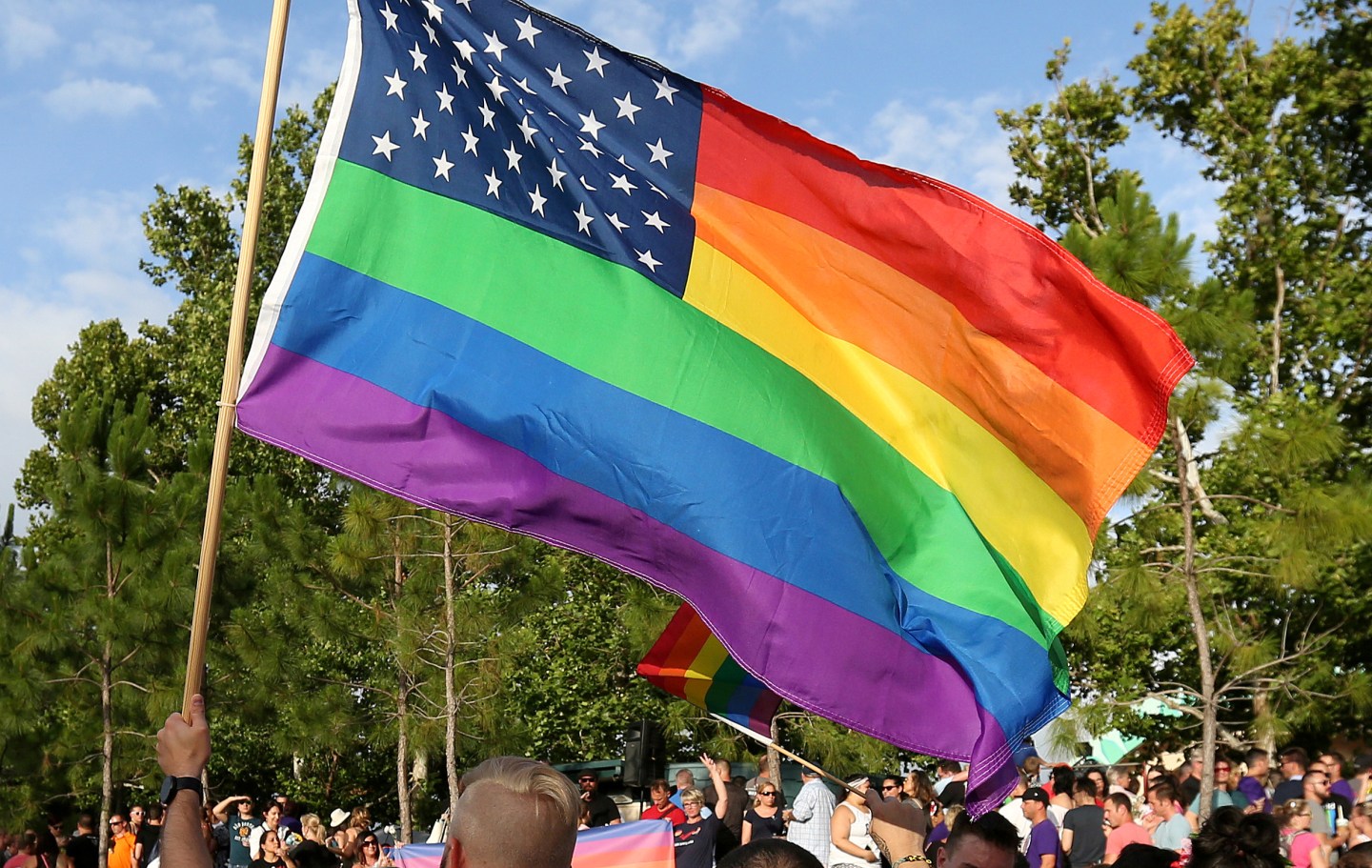 FILE PHOTO - A rainbow U.S. flag is held up during a vigil for the Pulse night club victims in Orlando, Florida, U.S. on June 19, 2016. REUTERS/Carlo Allegri/File Photo - RTX36IA2
Carlo Allegri—Reuters

A U.S. judge ruled on Thursday that a transgender woman could move forward with a sex discrimination lawsuit against her employer under the Americans with Disabilities Act, even though the ADA explicitly excludes transgender people from protection.

The plaintiff, Kate Lynn Blatt, becomes the first transgender person to be allowed to sue under the ADA for gender dysphoria, according to her Philadelphia-based lawyer, Neelima Vanguri.

But U.S. District Judge Joseph Leeson avoided ruling on the constitutionality of the ADA, as the plaintiffs had sought, under the legal principle that courts should avoid decisions on constitutional grounds if possible.

Leeson, from the Eastern District of Pennsylvania, found the case could go forward in part because the law should be broadly construed to give people with disabilities recourse to pursue discrimination claims.

Being transgender is not considered a disorder by the American Psychiatric Association, but it can give rise to gender dysphoria, a type of anxiety that may require medical treatment. Gender dysphoria forms Blatt’s basis for making a claim under the ADA.

Blatt is suing her former employer, the retail chain Cabela’s (CAB), for sex discrimination, saying she was fired after a pattern of harassment that included denying her use of the women’s bathroom and temporarily forcing her to wear a name tag with her male name given at birth.

Blatt, 36, worked at the Cabela’s store in Hamburg, Pennsylvania, in 2006 and 2007. She was fired, she said, when Cabela’s alleged she threatened a co-worker’s child during an altercation at work, a claim Blatt denies.

Cabela’s representatives did not respond to after-hours requests for comment. The company previously declined to comment because the litigation was pending.

The ADA passed in 1990 as a landmark law protecting people with disabilities. But the lawsuit, filed in 2014, challenges a little-known clause in ADA that “disability” shall not include “transsexualism.”

The lawsuit, which also cites protections in Title VII of the Civil Rights Act of 1964 against sex discrimination in employment, had asked the judge to rule that the ADA clause violates the U.S. Constitution because it denies equal protection for all under the law.

Vanguri said she would have preferred that the judge had ruled on the constitutional question, but that this was still a victory because of similar cases that other plaintiffs filed after Blatt.

“Other courts will look to this decision,” Vanguri said. “I’m hopeful we will be able to expand civil rights for transgender people just a little.”