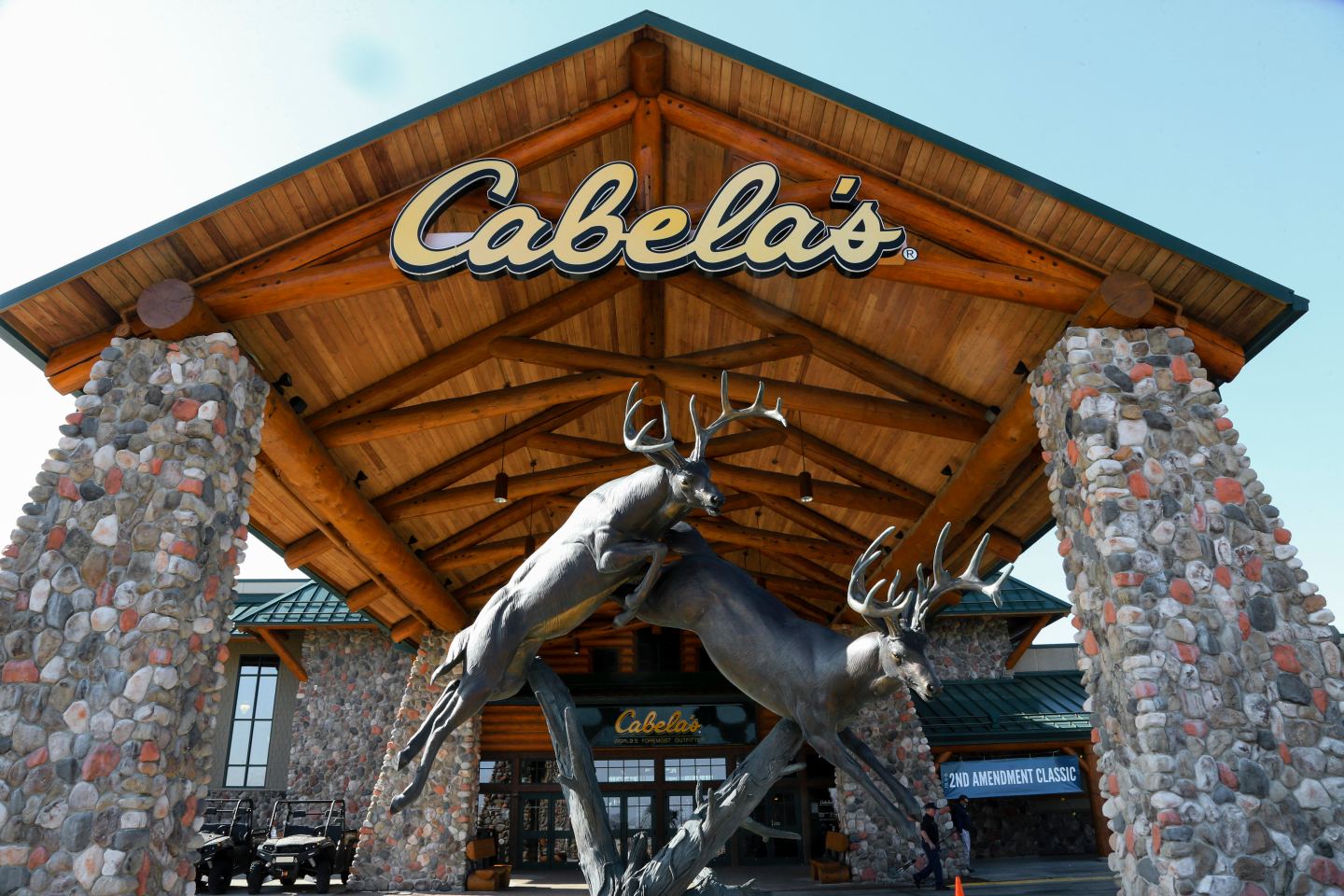 Fishing and hunting equipment chain Cabela’s said it agreed to be bought by rival Bass Pro Shops in a deal valued at $5.5 billion that will help the privately held company nearly double its store count in North America.

Shares of Cabela’s jumped nearly 15% to $62.88 in premarket trading and were set to open at their highest in more than two years.

Cabela’s has struggled with declining sales of apparel and footwear and has reported same-store sales growth in only one quarter in more than three years.

The retailer had been under pressure from activist hedge fund Elliott Associates L.P, which disclosed an 11.1% stake in October last year, to pursue strategic alternatives.

Reuters reported on Sunday that a consortium of Bass Pro Shops, Goldman Sachs Group’s private equity arm and Capital One Financial was in the lead to buy the company.

In connection with the deal, Cabela’s agreed to sell its credit card operations to Capital One Financial.