This E-Commerce Startup Is Profitable and Raised New Cash 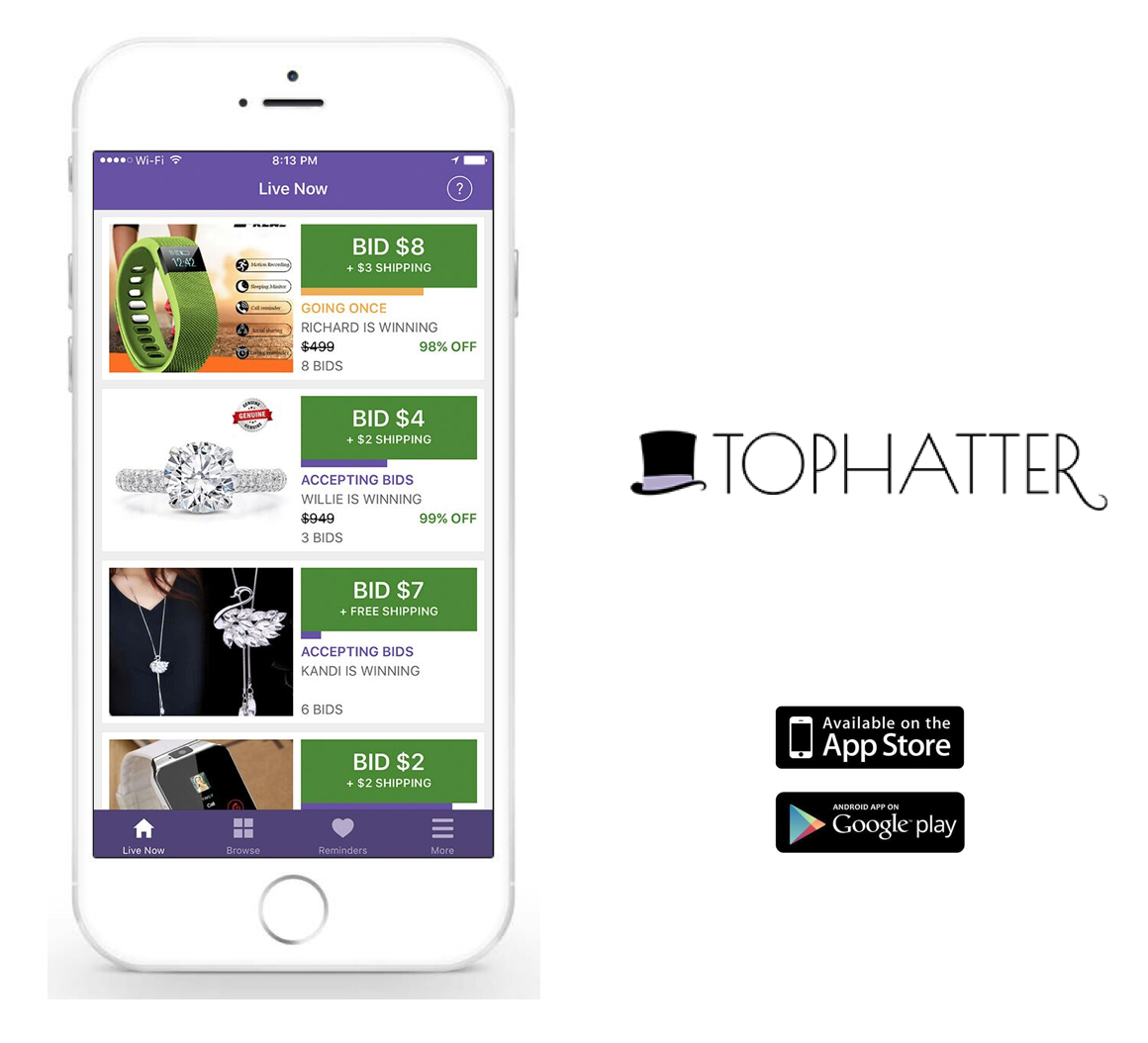 Early stage startups that achieve profitability are a rarity in Silicon Valley. Tophatter, a startup you have probably never heard of, may be an exception.

The San Francisco-based startup, which has quietly been building a mobile e-commerce marketplace, says it’s profitable but declined to say by how much.

Founded in 2012, Tophatter has had flown under the radar compared to its contemporaries such as shopping app Wish or grocery delivery company Instacart. Kumar has avoided press coverage, instead focusing on building the business.

Tophatter’s service is similar to eBay in that buyers bid for items via an auction and is a marketplace where sellers can put everything from tennis rackets to jewelry up for sale. Although it has a website, the company’s shoppers primarily buy via Tophatter’s mobile site and app, said CEO and co-founder Ashvin Kumar.

Kumar likens Tophatter to more of a shopping mall than e-commerce giant Amazon. “You go to Amazon (AMZN) if you know what you want, and you come to Tophatter to browse and buy things you didn’t know you wanted,” he said.

Tophatter says that it uses an algorithm to deliver more personalized recommendations of items to buy. So buyers who click on tennis rackets will be served more tennis-related items or sports gear on the home page the next time they visit. The app has has 12 million shoppers to date, and 85% of items sell within 90 seconds of being listed on the site.

Tophatter makes money by taking a cut on each sale. Kumar declined to reveal the exact amount, but he said it was a double digit percentage of each sale.

Kumar likens Tophatter to a next generation QVC or Home Shopping Network.

Tophatter’s funding and news of profitability comes at a time when many Silicon Valley companies are burning through cash. Food delivery startup Munchery was forced to lay off employees as it struggled with mounting expenses. And one-time e-commerce darling Nasty Gal filed for bankruptcy at the end of 2016.

Kumar says his company has deliberately kept expenses down and is “actually” profitable, meaning the company is earning more money than it is spending, including operating expenses such as marketing.

Tophatter has recently raised $21 million in Series B funding from Goodwater Capital, Fortune has learned exclusively. Previous investors August Capital and Charles River Ventures also participated in the round.

“We are the anti-Amazon,” Kumar said.