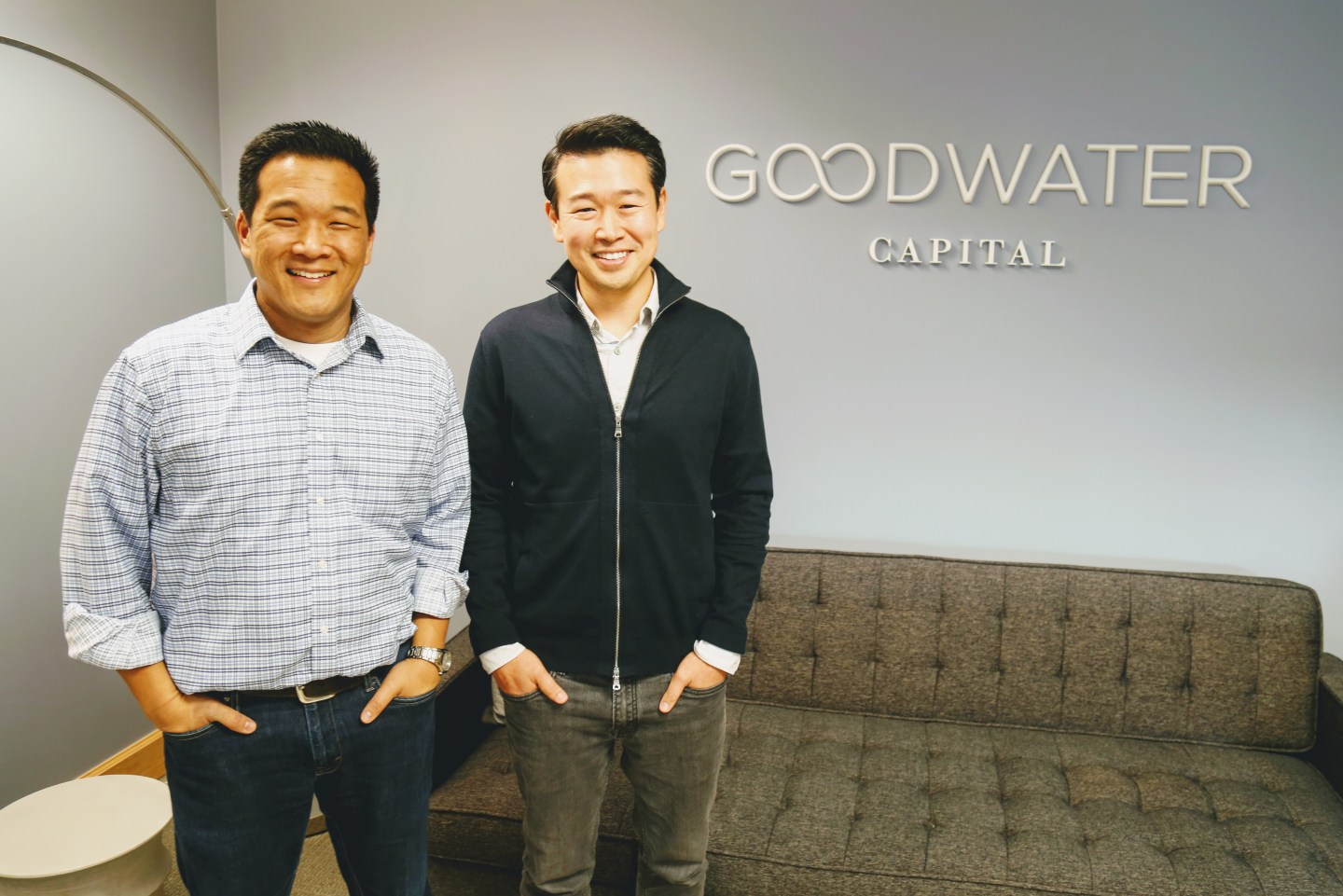 Three years ago, venture investors Chi-Hua Chien and Eric Kim made a big bet. Many people in the Valley took the popular venture investing thesis that “software is eating the world” to mean that consumer-facing startup opportunities — the next Facebook or Twitter, for example — were over.

But Chien and Kim bet the opposite: That the expansion of software into every possible industry would expand investment opportunities for consumer internet startups. So they left their jobs at Kleiner Perkins Caufield & Byers and Maverick Capital, respectively, and quietly launched Goodwater Capital, a San mateo-based firm that invests in Series A and B rounds of consumer-facing startups.

They raised a $130 million fund and invested in 16 fast-growing companies including Musical.ly, the a karaoke app with more than 150 million registered users, Memebox, a beauty startup with more than $100 million in annual sales, and Zumper, the an online rental site that had 26 million active renters in 2016. The firm has not announced any exits to date but expects some in the next few quarters.

Today the San Mateo firm announces it has raised its second fund with $250 million in commitments. The raise topped the firm’s initial target of $225 million. It’s a big step up from its first fund, but Chien and Kim do not plan to add more partners. The larger fund allows them to do follow-on investments in its best companies, investing up to $40 million in their portfolio companies over time.

Chien says the growth of consumer-facing companies like Uber and Airbnb further proves Goodwater’s thesis. Prior to that, “the definition of consumer technology was largely e-commerce and consumer audience businesses,” Chien says. “We’ve seen an expansion of that thesis such that consumer tech now is a horizontal- not a niche — that touches every industry out there, including transportation, financial services, health care, real estate, and cosmetics.”

Adds Kim: “Five to seven years ago, it would have been laughable to consider transportation to a consumer tech category.” Goodwater is looking closely at video and financial services startups, two areas they’ve noticed profound changes in consumption habits.

Regarding financial services, Chien says millennials and young consumers do not trust the incumbents thanks to the financial crisis and scandals like that of Wells Fargo. “There’s about a trillion of market cap tied up in incumbent financial services providers in the U.S. whose products are really, really bad,” Chien says.

On video, Kim says that young peoples’ embrace of “video first environments” will create a major shift in the way businesses interact with their customers. “It’s hard to imagine in ten to 15 years we will be sitting there tapping away with our phones. … Health care, ed-tech, financial services – they’re all going to be embracing video-first behaviors.”

In order to stay on top of what the kids are into, Kim says the firm has a rule: Never say “I would or would not use that product.” They know they’re not the target demographic for many of the products they invest in. Rather, the firm uses deep consumer research to guide its decisions. “The consumer is the ultimate judge,” Kim says. A recent example of the firm’s research is the detailed report it published on the Snap Inc. IPO that reads like an equities analyst report but stops short of making a “buy” or “sell” recommendation.

Kim and Chien tout their investing track record from Kleiner Perkins and Maverick, which includes some of the most impressive venture-backed companies of recent years, including Facebook and Twitter. With $250 million in fresh capital, they’re on a mission to find the next Facebook and Twitter.

Note: This article has been corrected to say Goodwater’s first fund was $130 million, not $150 million.