Here Is What Condoleezza Rice Is Saying About President Trump 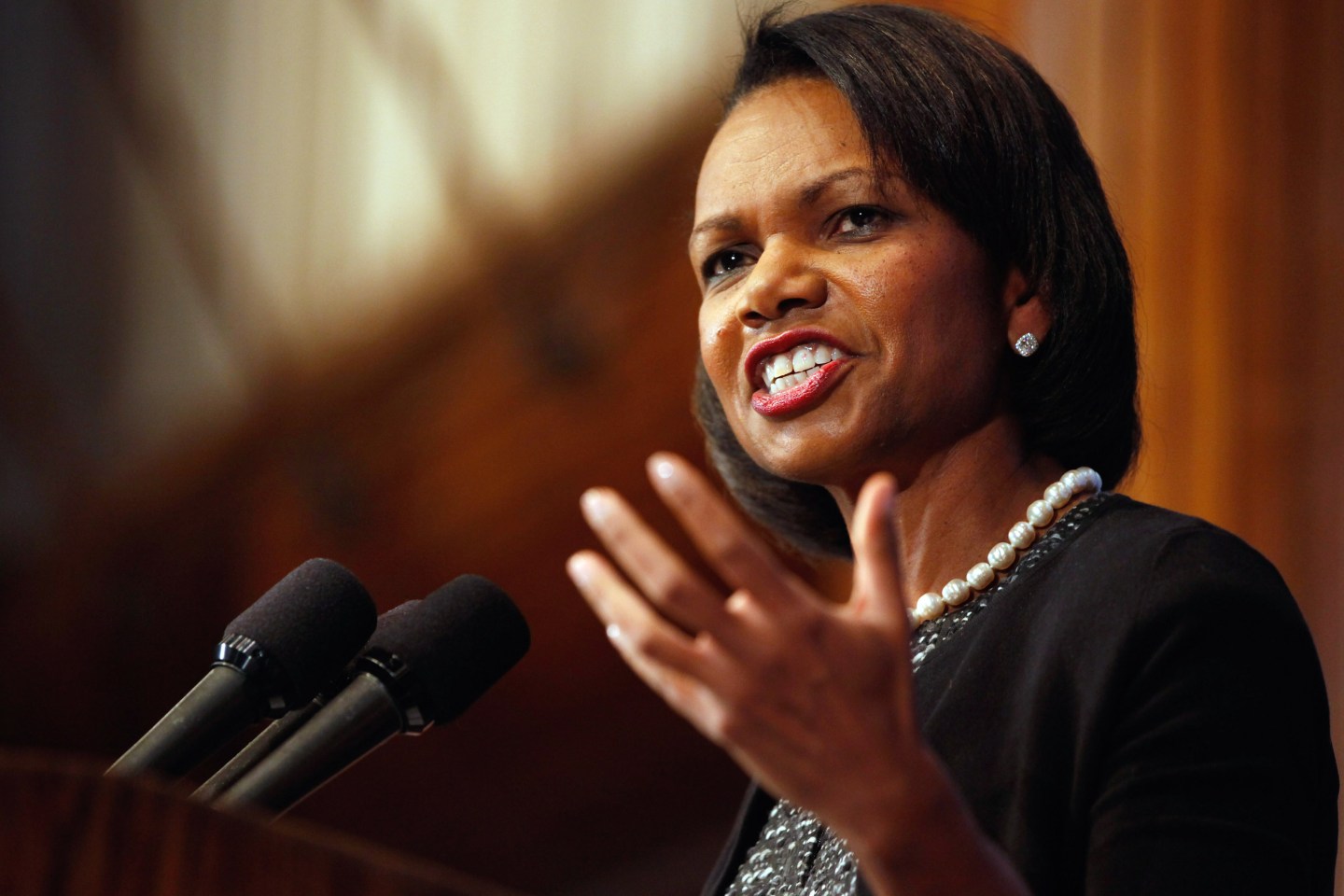 At one time, Rice was an outspoken critic of Trump. In October of last year, for example, she suggested Trump withdraw from the race because he didn’t have “the dignity and stature” to be president. But Rice has since softened her disapproval. In addition to discussing her new book, Democracy: Stories from the Long Road to Freedom, which was released on Tuesday, Rice has recently addressed the president’s handling of North Korea, Russia, and Syria in interviews with multiple news outlets, generally offering more praise than criticism.

Below are some of the things Rice has said about President Trump while promoting her book. Fortune will continue to update this post.

Rice and Trump met last month. In a interview Tuesday with Politico Playbook, Rice said that the president was “engaging” during their sit-down, adding: “I found him on top of his brief, and I found him asking really good questions.”

Aside from saying North Korea “keeps her up at night,” Rice also warned that Trump’s plan to meet with North Korean leader Kim Jong-un was an “overstatement.”

“The fact of the matter is he’s not going to meet with the North Korean leader unless conditions are right,” she said. “We are a very, very, very long way from where conditions would be right. When North Korea is ready to deal seriously with its nuclear weapons programs and stop threatening the world, then maybe that’s on the agenda. But it’s not on the agenda now.”

In an interview with Fox News Channel host Sean Hannity, Rice praised the Trump administration for its work with the Chinese government to control North Korea’s nuclear weapons program.

“[The administration] impressed upon the Chinese that they really do have to do something about the North Koreans, and they did it through the old fashioned way which was negotiation and discussion,” she said.

Rice said that President Trump’s decision to approve an airstrike on a Syrian military airfield was good for America’s credibility.

She continued: “When you say the United States means what it says and it will do what it says it’s going to do, it matters.”

Once again addressing North Korea’s rising nuclear program, Rice said in a Tuesday interview on Morning Joe that the Trump administration is “doing as well as anybody could” to handle the issue.

“I think they’re doing as well as anybody could; this is just a really hard problem,” Rice said. “I think they are trying to incentivize the Chinese to change their view of this. The Chinese have always been more worried about the collapse of the regime than a nuclear North Korea.”

In an interview with the Post, Rice said that the current national security team is “terrific,” adding that the strike on Syria was “well done” and “proportionate.”

In an interview with CBS This Morning on Monday, Rice said that the tension between North Korea and the United States is “not a situation that any president can tolerate,” adding that “something has to be done” to stop North Korea’s nuclear plans.