Here’s Why Sinclair Is Willing to Pay $3.9 Billion for Tribune Media 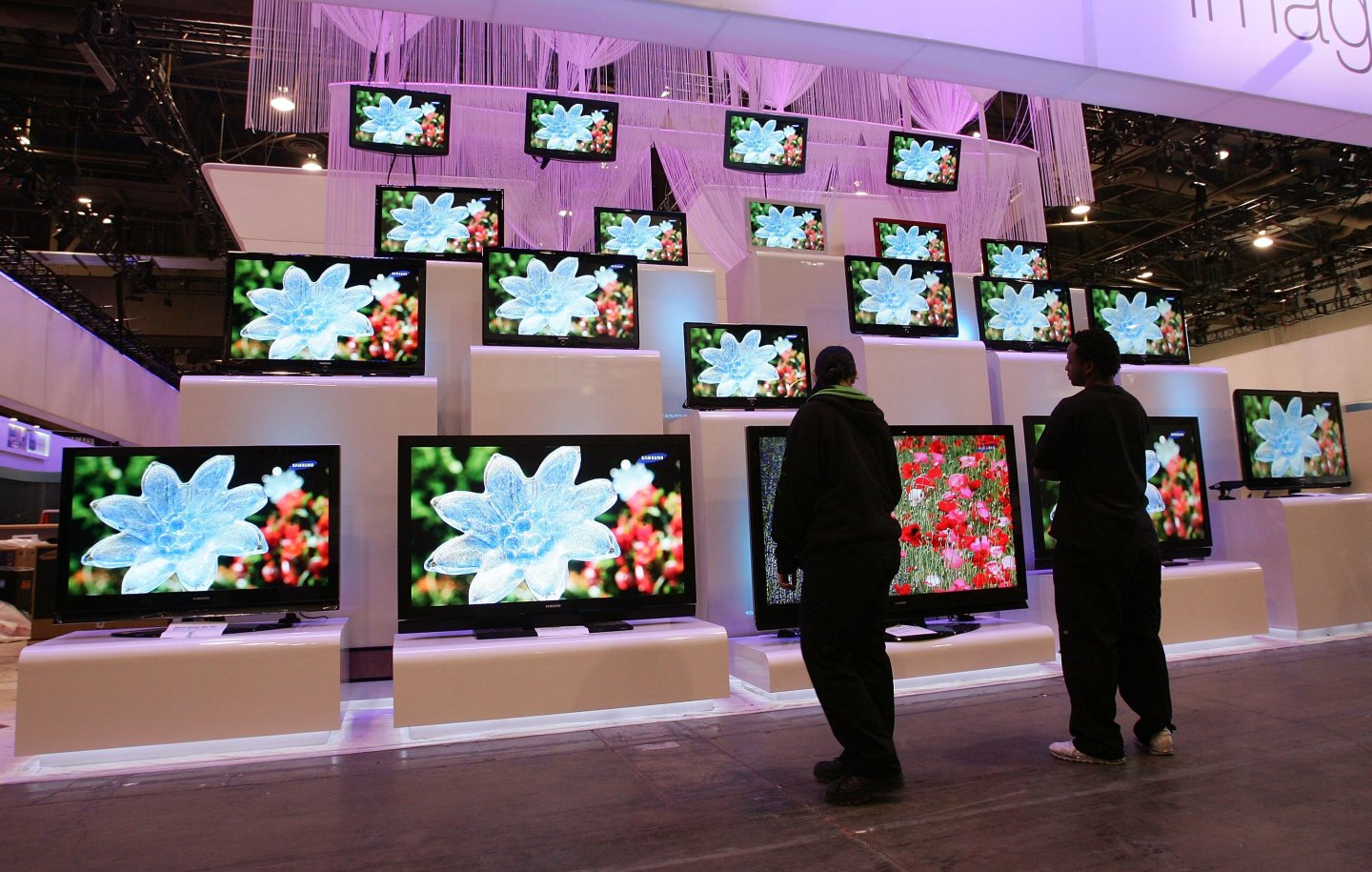 LAS VEGAS - JANUARY 05: Workers look at a display of televisions by Samsung at the Las Vegas Convention Center as preparations continue for the opening of the 2007 International Consumer Electronics Show January 5, 2007 in Las Vegas, Nevada. The world's largest consumer technology trade show will be held January 8-11 and will feature 2,700 exhibitors showing off their latest products and services to more than 150,000 attendees. (Photo by Ethan Miller/Getty Images)
Ethan Miller/Getty Images

It didn’t take long for the Federal Communication Commission’s loosening of TV ownership rules to impact the marketplace. Sinclair, the largest owner of local U.S. TV stations said Monday that it has agreed to acquire Tribune Media for $3.9 billion.

Sinclair’s current bid is about 25% higher than Tribune’s (TRCO) average trading price earlier this year, before takeover talk caused it to spike.

21st Century Fox was also said to be considering making an offer on Tribune Media in partnership with the hedge fund Blackstone Group. Nexstar, another large owner of local TV stations, was rumored to be interested in acquiring the company as well.

There are two main things that Sinclair gains from a Tribune acquisition: One is reach and the other is influence, both in political terms and when it comes to the evolution of the TV industry.

Many Sinclair stations in key markets in swing states. Tribune deal will give them major markets too – NY/LA/Chi & 7 of top 10 markets.

Once the merger is complete, Sinclair will add 42 stations in all. That includes 14 Fox Network affiliates, 12 CW affiliates, and several affiliates of the other major networks. Those include six CBS stations, three ABC stations, and two NBC affiliates. It also gets ownership of a cable channel, WGN America, and a 31% stake in the Food Network.

The new affiliates will give Sinclair additional leverage in negotiations with the national networks, which pay affiliates significant fees to carry their channels. Fox’s interest in Tribune was said to be at least partly defensive, because it was reportedly leery of seeing a player like Sinclair gain even more clout.

On top of that, a broader network with more affiliate stations will also give Sinclair more heft when it comes to influencing new digital deals as well.

With more new streaming services like Hulu’s recent offering, YouTube TV and others entering the marketplace, cable networks are looking to negotiate deals to have their content included. The more network-affiliated stations a company like Sinclair has, the more weight it can bring to bear on such discussions to get access to those deals.

YouTube’s new TV-style offering, for example, is only available in markets where its major network partners have affiliates, which provide local channels as part of the package.

And then there’s the question of political influence. Sinclair chairman David Smith, son of the company’s founder, is a supporter of Donald Trump and is seen by many industry watchers as prepared to use his chain’s reach to help promote conservative causes and viewpoints.

During the presidential election campaign, for example, Trump adviser and son-in-law Jared Kushner told a group of executives that the Trump campaign had cut a deal with Sinclair for access to the candidate, in return for what he described as “fairer” coverage.

The company later denied that the arrangement was struck in return for more favorable or preferential treatment of Trump. According to Sinclair, all it did was agree to show uncut video of interviews with the candidate, something it said it offered to other candidates as well.

The Sinclair-Tribune deal was made possible in part because the FCC recently revised its ownership rules to make it easier for TV-station conglomerates to acquire more stations without running afoul of market-share caps, which are designed to prevent any single operator from having more than 39% of the broadcast TV market.

In addition to industry and political influence, industry watchers say Smith also wanted the Tribune deal partly because he believes he can build a digital interactive-services business on top of the company’s existing traditional broadcast network.

In effect, Smith wants to go into competition with digital media giants, and he wants to use the bandwidth and network access of all those local TV stations to do it. The plan is based on new TV industry standards that will allow it to offer digital entertainment and advertising services, and also collect data about users.

“The Tribune stations are highly complementary to Sinclair’s existing footprint and will create a leading nationwide media platform that includes our country’s largest markets,” Smith said in a statement.