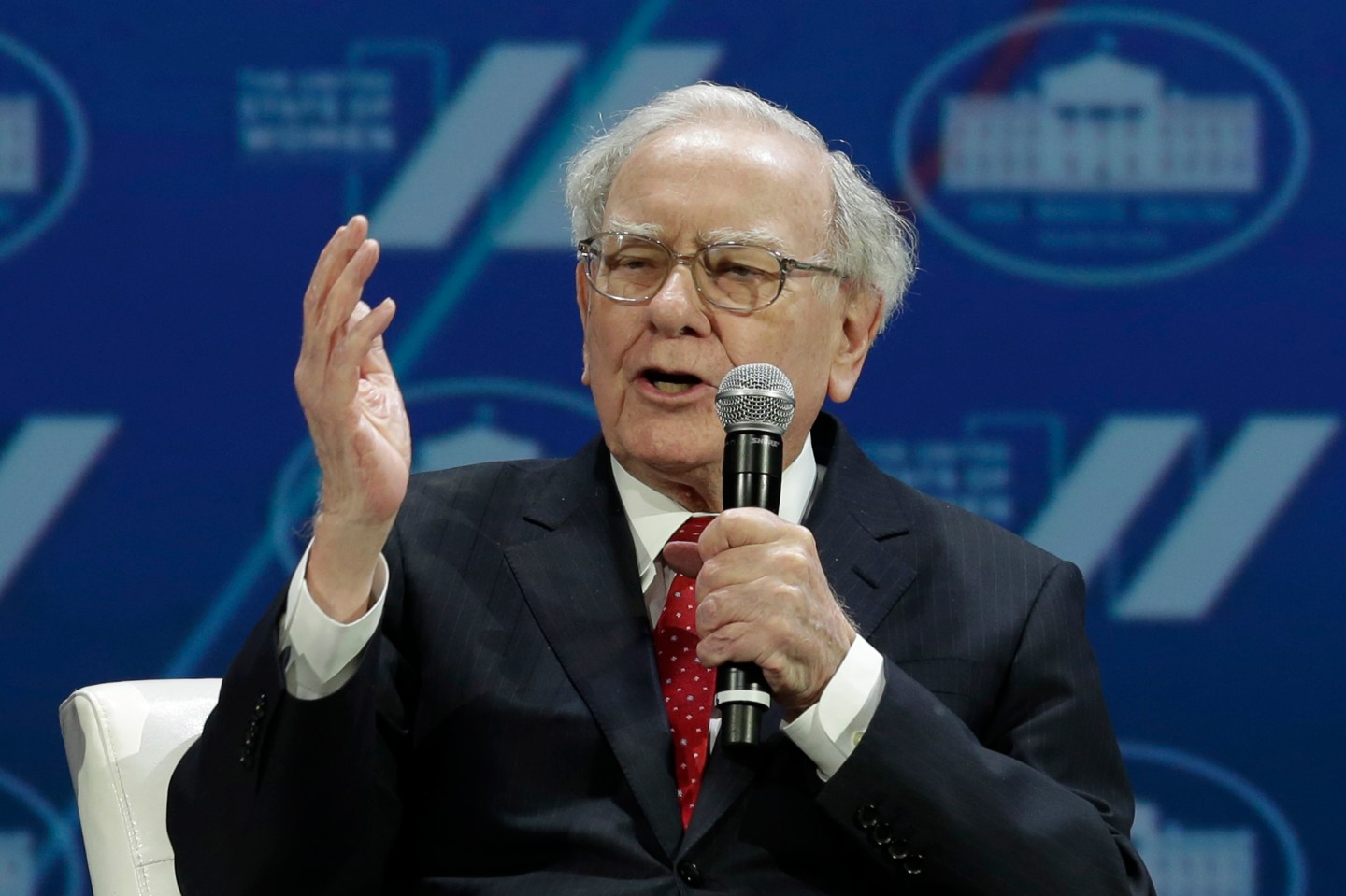 Billionaire investor Warren Buffett admitted he was wrong about IBM quickly reinvigorating its business, but he seemed bullish about Amazon, particularly the leadership skills of CEO Jeff Bezos.

The Berkshire Hathaway CEO said this week in an interview with CNBC that Bezos “is the most remarkable business person of our age.”

“I’ve said it before and I’ll say it again,” Buffet added.

Buffett was impressed with Bezos’ ability to grow two seemingly different businesses—retailing and cloud computing—into multi-billion dollar behemoths that are shaking up their respective industries.

Previously, Buffett expressed strong support for IBM when he bought $10.7 billion worth of IBM stock in 2011 based on its share price at the time. By the end of 2016, Berkshire Hathaway owned about 81 million IBM shares. However, Buffett told CNBC that he sold one third of those shares in the first and second quarters of this year, hinting that he had lost some confidence in the company.

Amazon, on the other had, appears to have now caught Buffett’s attention.

Meanwhile, Amazon’s cloud computing business, Amazon Web Services, continues to grow at a rapid pace since debuting over a decade ago. Revenue in that business, which sells computing resources on-demand to business customers, jumped 43% year-over-year to $3.7 billion in Amazon’s latest quarter.

“To succeed in two different big businesses in a huge way, I can’t think of another example like it,” Buffett said.

Although Amazon’s retail and cloud computing businesses may seem totally unrelated, they do share a common core—they both make it relatively easy for people to buy things online.

Amazon’s retail business makes it simple for consumers to buy shoes and toothpaste without having to go to a physical brick-and-mortar store. AWS, on the other hand, makes it easier for companies to buy their computing resources online so they don’t have to build their own data centers.

Additionally, both Amazon’s retail business and AWS share common resources like the company’s many vast data centers and in some cases, developers, which helps the overall company save money.

Amazon’s explosive growth in both of these areas has stolen sales from consumer rivals like Walmart (WMT) and Target (TGT) as well as business-focused competitors like Hewlett Packard Enterprise (HPE) and IBM (IBM).

As for IBM, Buffett doesn’t seem to expect much progress against AWS anytime soon. The investor told CNBC that he sold a third of his stake in IBM worth a little over $4 billion at its current stock price and that the company’s turnaround has been “tougher than they thought, and it’s been tougher than I thought.”

“IBM is a big, strong company, but they got big strong competitors too,” Buffet said.

He didn’t say who IBM’s “strong competitors” were, but considering his praise of Bezos and Amazon, it’s pretty easy to guess who he’s referring to.