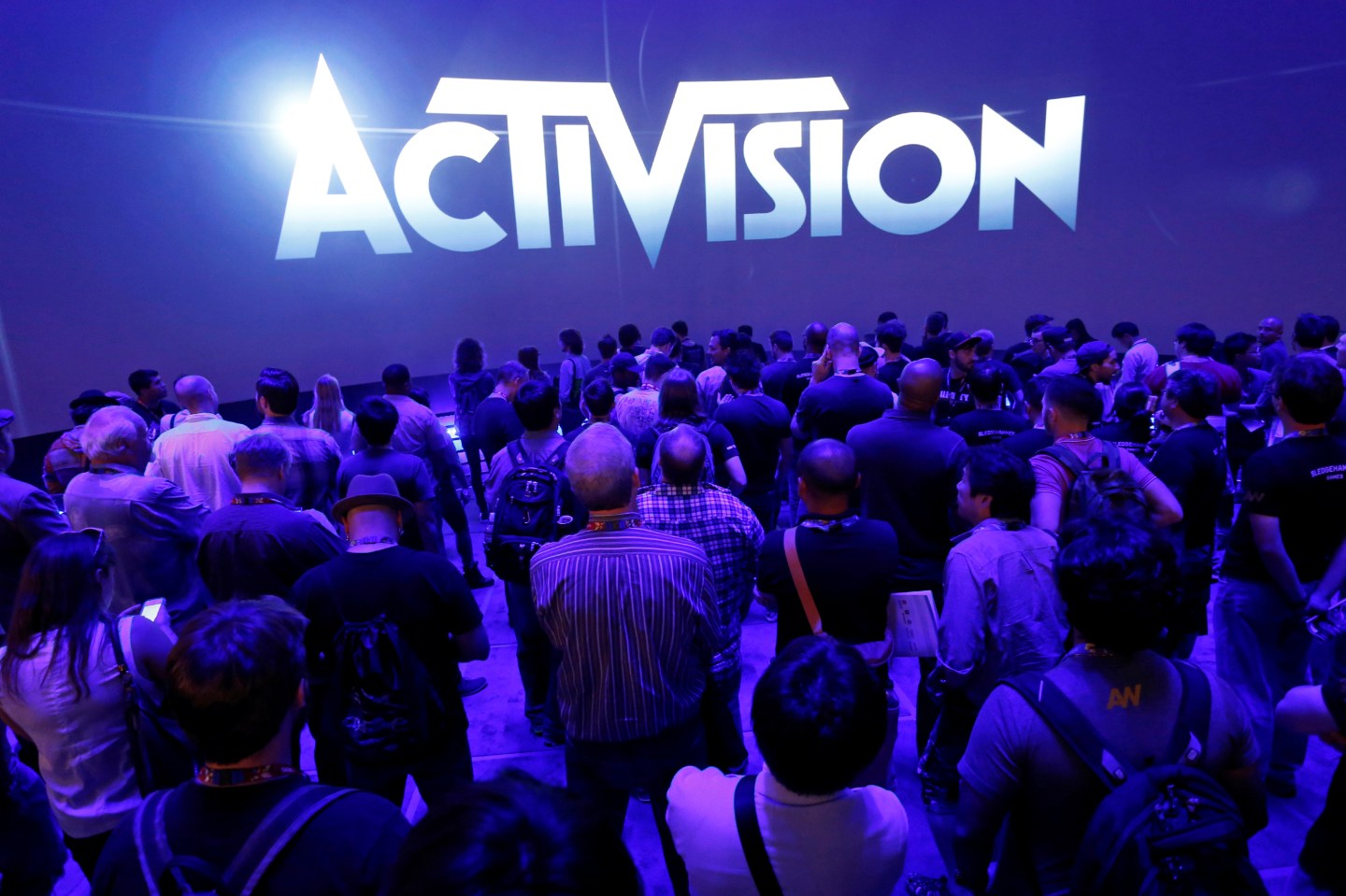 Activision Blizzard raised its full-year adjusted profit and revenue forecasts, and reported quarterly revenue above estimates, as the videogame publisher benefited from the popularity of its “Overwatch” game.

The company on Thursday nudged up its full-year adjusted profit to $1.88 per share from $1.85 and its adjusted revenue forecast to $6.33 billion from $6.30 billion.

Analysts on average had expected revenue of $1.09 billion, according to Thomson Reuters I/B/E/S.

“Among the drivers of our results was ‘Overwatch’, which now has over 30 million players globally,” CEO Bobby Kotick said in a statement.

Activision, best known for its “Call of Duty” and “World of Warcraft” games, released the multi-player futuristic game “Overwatch” on May 24 last year to rave reviews.

Activision Blizzard (ATVI), like rivals Electronic Arts (EA) and Take Two Interactive (TTWO), has in recent years benefited from a shift among players to download games rather than buy physical discs.

Under Kotick, Activision is looking to transform into a media entertainment giant. The company has set up a film studio, e-sports and consumer products divisions. The consumer products unit is headed by former Walt Disney executive, Tim Kilpin.

Last week, Activision released a trailer of its latest “Call of Duty,” set in World War II, as the company looks to rebound from disappointing sales of last year’s installment, “Call Of Duty: Infinite Warfare.”

Though early, initial pre-orders for “Call of Duty: WWII” are off to a very strong start, the company said.

Activision had 48 million monthly active users in the first quarter, down from a year earlier, largely due to expected softness from the “Infinite Warfare” release.

Videogame companies are required to defer some revenue from certain online-enabled games following a tweak to the U.S. accounting rules.