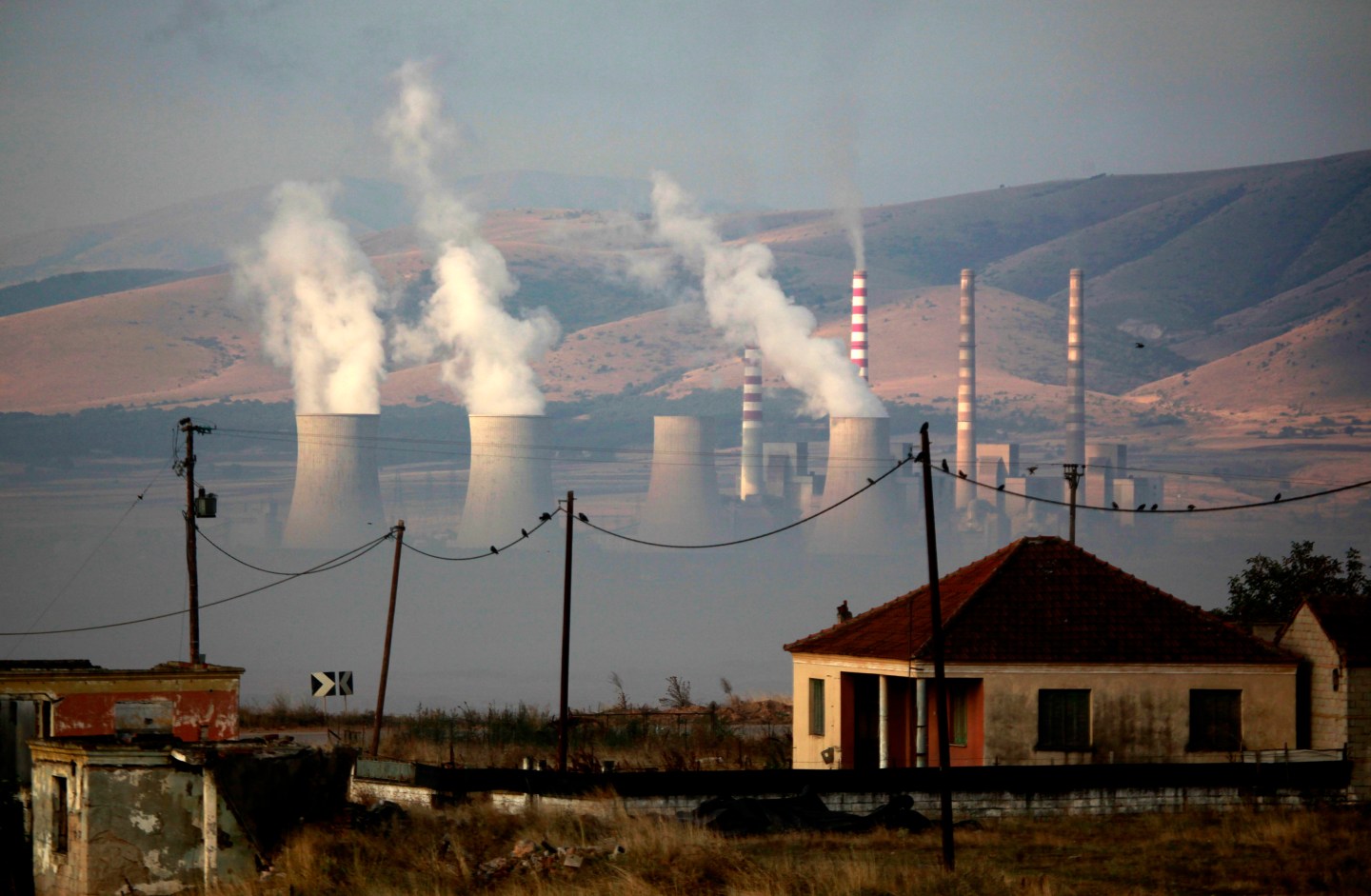 The power plant of Kardia in seen through the once garden of a destroyed house in the village of Charavgi in the valley of Ptolemais near the town of Kozani some 500 km north of Athens on September 29, 2011. According to a May 2007 WWF survey called "Dirty Thirty", the Greek Public Power Corporation's (PPC) power plants of Kardia and Agios Dimitrios are the EU's top two polluting stations. The once flourishing nearby villages of Charavgi and Kleitos have been gradually abandoned since PPC opened the two mines. The company "bought" the villages and relocated residents elsewhere. The only person who now lives in Kleitos is an Indian immigrant, Jangdip Pal, 45, who works as a nightguard at the mine. And only one shepherd and his family live in Charavgi. The power plants produce 70 percent of Greece's electricity. Picture taken September 29, 2011 REUTERS/Yannis Behrakis (GREECE - Tags: ENERGY SOCIETY BUSINESS EMPLOYMENT) - RTR2SH6K
Yannis Behrakis—Reuters

Greece agreed with its lenders to sell coal-fired plants and coal mines equal to about 40% of its dominant power utility Public Power’s (PUPOF) capacity, a government source said on Tuesday.

The agreement is part of a reform deal Greece and its foreign creditors reached early on Tuesday, paving the way for the disbursement of further rescue funds under the country’s third international bailout.

Greece will hold a market test to sound out investors interested in buying coal-fired plants and mines owned by Public Power by November, aiming to wrap up the sale by June 2018, a government official told Reuters on condition of anonymity.

The lenders and Greece also agreed that Athens will relaunch the sale of a 66% stake in its natural gas grid operator DESFA and conclude it by the end of the year.