What Trump Still Doesn’t Get After 100 Days in Office 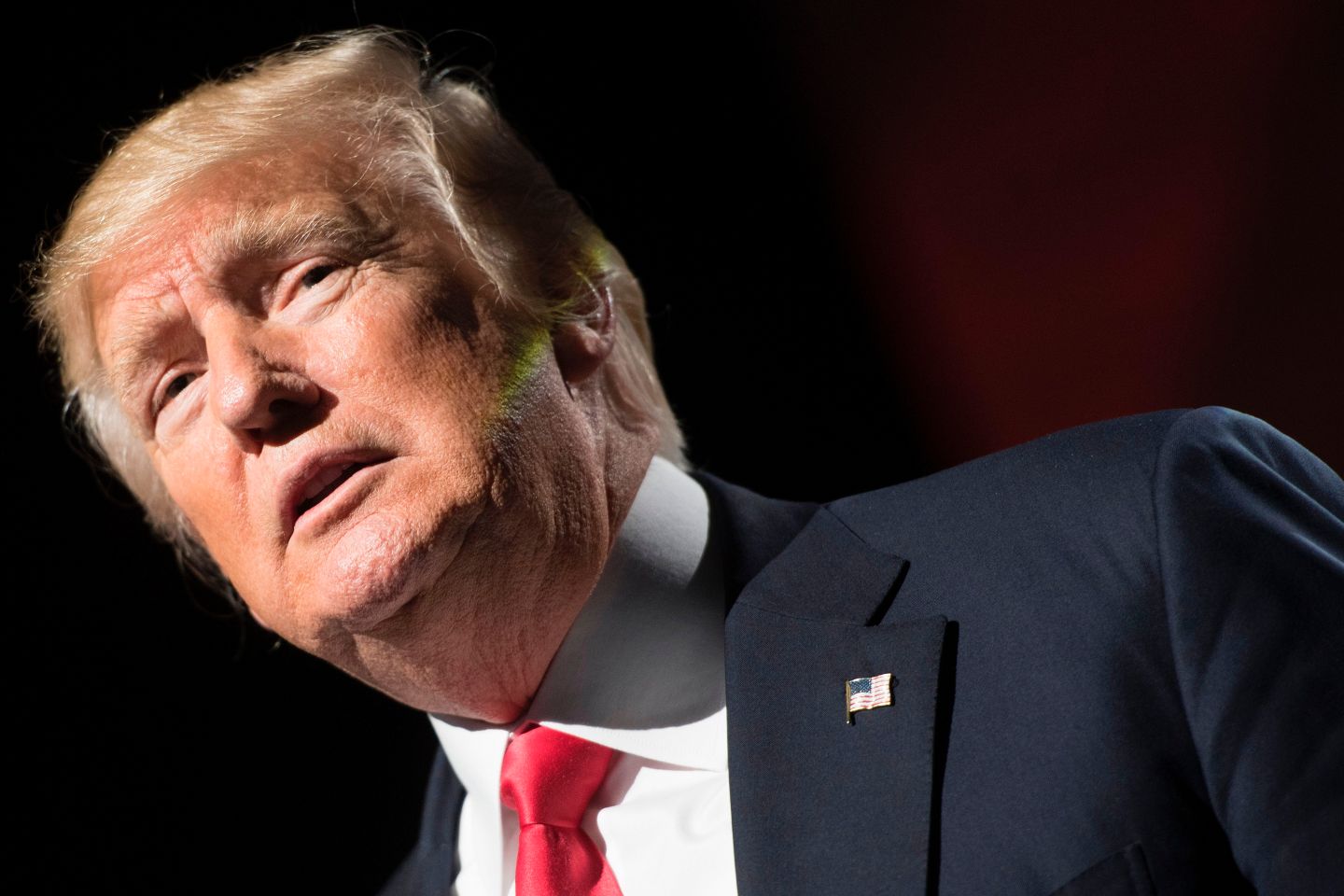 President Donald Trump is partially right. The first 100 days is a ridiculous standard with which to judge his accomplishments. But it does tell us one crucial thing about Trump’s presidency so far: He fails to grasp fundamental tenets of governing.

The most obvious implication of this is Trump’s seeming obliviousness to the limits of presidential power. One of the president’s main targets thus far has been the federal judiciary. He has frequently fired back at judges with the constitutional authority to check him. To no surprise, he tweeted Wednesday about the “terrible record” of the 9th Circuit Court, which dared to block his directive to withhold federal funding from sanctuary cities.

The distinction between authority and power has evaded Trump since he took office. Recall the litany of promises he gave during the campaign. “On day one, we will begin working on an impenetrable, physical, tall, powerful, beautiful southern border wall,” he said in August. He also promised to stop jobs from leaving the country on day one, as if the authority vested in the president were sufficient to go it alone.

The lead-up to day 100 was marked by a similarly unilateral mindset. In issuing a 15% corporate tax rate proposal without a plan to offset revenue, the president turned a blind eye toward his party’s deficit hawks. He’ll need their future support in tax reform and to pass his broader agenda. The exercise of power is complicated and dependent on other actors and conditions that are not always under the president’s thumb.

The basic concept of administration also seems lost on the president. Caught up in assailing Washington’s permanent bureaucracy, Trump has never grasped that it is precisely this workforce that will administer his programs.

The president has filled woefully few executive-appointed positions, the vehicle through which he could impart some political direction on the bureaucracy. By the end of April, he had sent only 37 nominees to the Senate for the over 500 senior-level posts requiring confirmation. And though most of his cabinet was in place in the countdown to 100 days, it was only at the end of April that the secretary of agriculture was confirmed. That makes Sonny Perdue the only political appointee at the massive U.S. Department of Agriculture, with its workforce of over 100,000. At the time of Perdue’s confirmation, a staggering number of appointed positions remain unfilled, including the department’s seven undersecretaries.

Trump has a similarly ignorant attitude toward ethics and transparency. He needs to understand that dotting the i’s and crossing the t’s on ethics can actually liberate his administration from public scrutiny. This would simplify the White House’s decision-making process, removing the nagging question of whether each decision it makes is for the president’s personal gain.

Trump has pushed the limit at every possible juncture. Contrary to earlier pledges of separating himself from the Trump Organization, his son Eric will reportedly keep him updated about the family business. And the Trump administration has created its own swamp in Washington, populated by individuals with recent financial ties to the industries with which they now interact in a government capacity. Regardless of whether these arrangements cross over particular legal boundaries, they cast a shadow over the ethical behavior of his administration.

A lack of transparency also bodes poorly for the president. He has refused to make public the White House visitor log, which the Obama administration had made available for the first time. The obstructionist tactics of the Trump White House in dealing with the media are becoming legendary, ranging from banning selected news outlets from a press briefing to covering reporters’ room windows with black plastic at Mar-a-Lago. Flouting reasonable norms and practices of transparency suggests that Trump just doesn’t grasp the public’s crucial role in holding the government accountable.

At the 100-day mark, it’s clear that the president shows little penchant for self-correction. When he has adjusted his policy, it’s mostly been in the international realm, such as taking a more friendly attitude toward China and NATO, and a more aggressive posture toward Russia. But in these instances, it seems as if he’s stumbled into his new positions accidentally.

More commonly, though, Trump digs in his heels. One travel ban failed, so he just tried it again with only slightly revised language. That one was shut down too. The Obamacare replacement unfolded similarly, with the president quickly abandoning House Republicans’ repeal legislation once it was clear that they weren’t going to procure the necessary votes.

The prospects for self-correction as we move forward are slim. The president is skilled at molding reality to fit his purposes, obscuring from his vision the need to self-correct. If he should falter, he can always refuel by returning to his core supporters, whose support and wild enthusiasm for him seem unconditional.

Barbara Trish is a professor and chair of the political science department at Grinnell College.