Here’s What Happens When a Drone Falls On Your Head 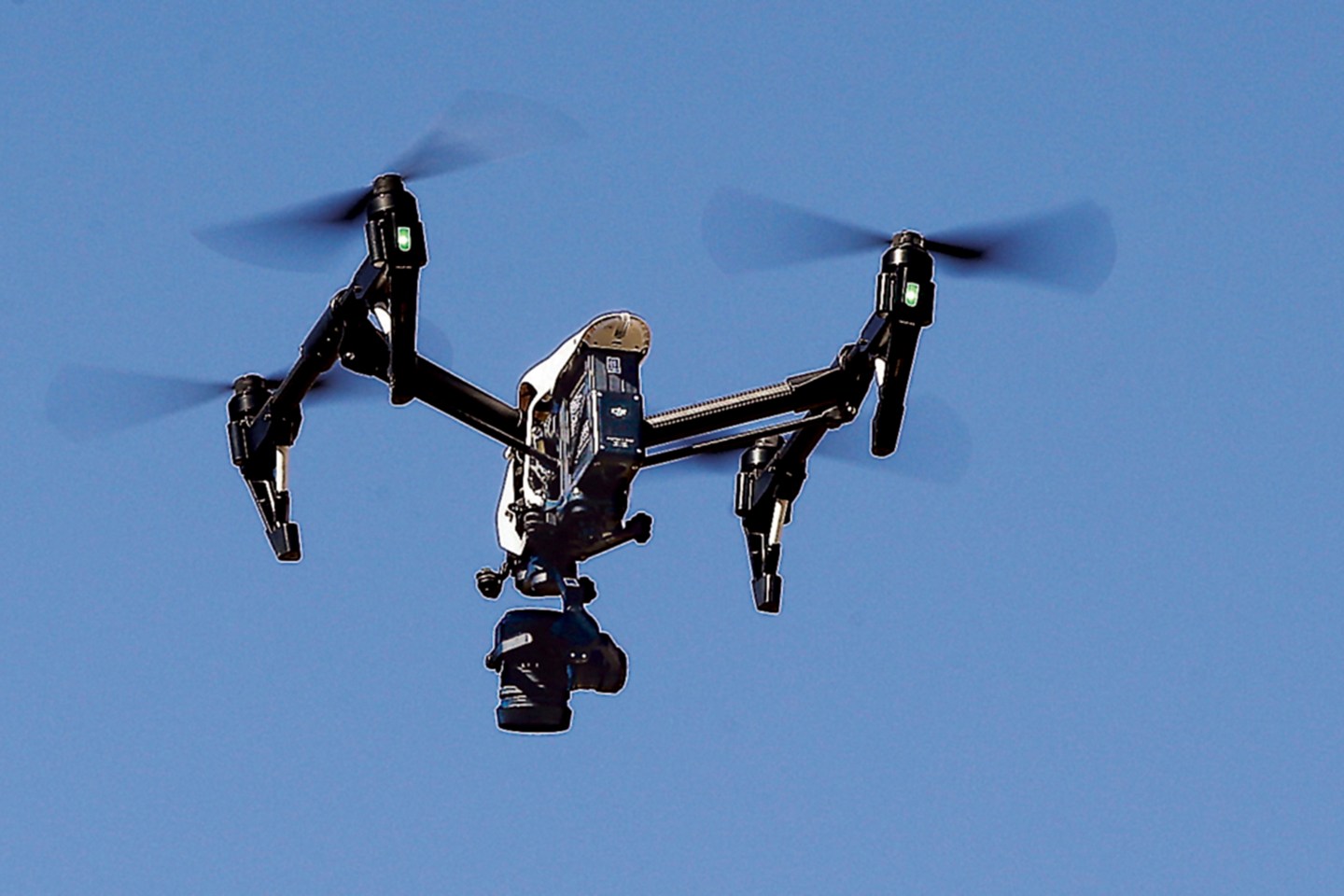 An Illinois State Police drone, equiped with a camera, flies over 20th Street in Alton, Ill., Wednesday March 8, 2017, between Dunnegan Street and Alby Street recording the area where a week ago, a woman in a Pontiac Grand Prix apparently struck a pedestrian with her car on the same stretch of road. At that time the man was not breathing when firefighters found him but he was revived and flown to a St. Louis hospital where he is apparently still seeking treatment. The Alton Police Department traffic division ask for the assistance from the state police who have the resources to assist with the investigation, police said. (John Badman/The Telegraph via AP)
John Badman—AP

You don’t need to know how gravity works to understand that being hit in the head by a falling drone will hurt.

But it turns out that drone crashes aren’t as dangerous to humans as being hit by in the head by steel shrapnel or a wood blocks. At least, that’s according to new research released on Friday by the Federal Aviation Administration along with a group of colleges including University of Alabama, University of Kansas, and Mississippi State University.

Under current FAA rules, businesses are forbidden from flying drones over people unless companies first get government approval. The FAA is currently considering letting companies fly drones above people, but it is evaluating the risks before deciding.

One of the first tests by the FAA and its university research teams involved dropping a drone on the head of a crash test dummy. They found that a drone’s impact is “dramatically different” from other materials that weighed about the same.

Both steel debris and the wood block caused significantly more damage to the dummy than the drone, which absorb much of the impact because it’s made of more flexible materials.

Additionally, the drone’s impact was reduced by drag, the air resistance that slowed its decent more than the steel and wood.

Still, the research indicates that it’s still unsafe to be hit by a drone.

For one, the propeller blades attached to quadcopter drones can slice skin, and the researchers said “blade guards are critical to safe flight over people.” Moreover, drone batteries, motors, and potential cargo could raise the risk of injury because such objects “are dense, and not likely to be made to come apart to dissipate impact energy,” the report said.

The new research report is the first of several studies that the FAA plans to learn how to minimize the risk of injuries caused by falling drones. The FAA plans to conduct more research in June to verify the first report’s findings.