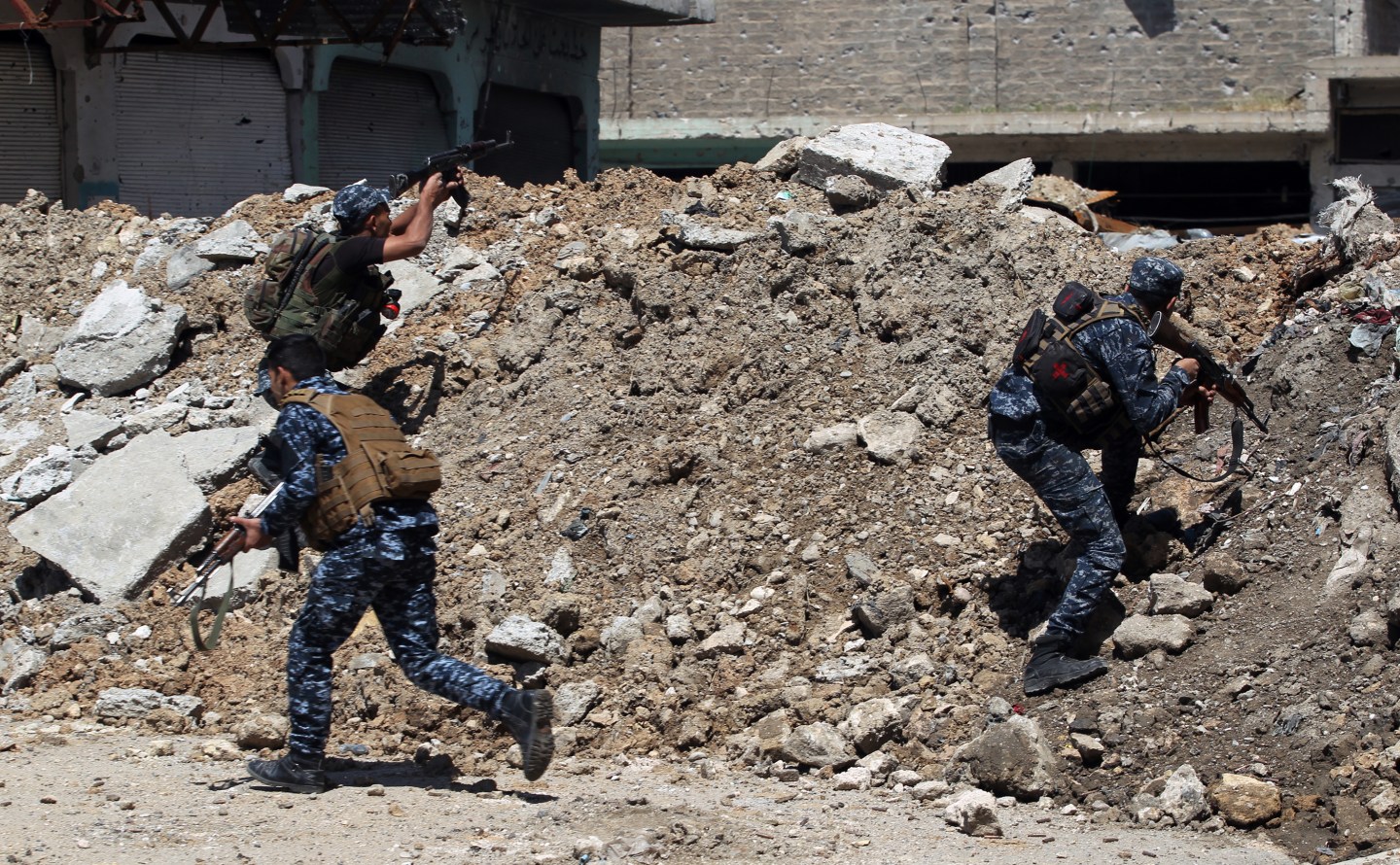 President Donald Trump promised a new strategy for defeating the Islamic State, or ISIS, in his first month in office. But 100 days into his administration, Trump’s strategy remains missing in action. Instead, Trump has largely clung to the Obama game plan with some notable modifications.

Trump’s most significant change from the Obama administration’s blueprint has been to ratchet up direct action against ISIS, mainly from the air and to a lesser extent on the ground. But these are merely tactical tweaks. The American people and U.S. partners are left with more questions than answers as to how Trump and his administration intend to prosecute the counter-ISIS campaign.

This is critically important now, because the campaign against the group has reached an inflection point. The fight to liberate territory controlled by ISIS is in its final stages in Iraq. In Syria, the path ahead for the ground campaign against ISIS is more complicated, but the battle to liberate Raqqa, the group’s de facto capital, looms on the horizon. The next stage will be more complex as the focus shifts from kinetic action to political reconciliation, building the capacity of local counterterrorism partners, and other measures to protect the stability of recaptured areas.

But to build on the success of his predecessor, Trump needs to be clear on his priorities and strategy going forward. More specifically, there are three key questions that Trump and his administration must answer.

First, what is Trump’s Syria policy? Until a few weeks ago, Trump sought to forge a new partnership with Russia and Syria’s Bashar al-Assad regime to fight ISIS, with the implication that Assad could remain in power for the foreseeable future. But in response to the Assad regime’s use of chemical weapons, Trump ordered retaliatory cruise missile strikes. His cabinet officials then excoriated Damascus and Moscow, but also sent mixed messages on the future of Assad—with at least one official calling for regime change.

There must be consequences for the use of chemical weapons against civilians. And a U.S.-Russia counterterror alliance in Syria has always been a flawed concept at best. But Trump now needs to clarify his Syria policy. The cruise missile strikes did little to change the arc of Syria’s civil war, and a much larger U.S. military and diplomatic commitment would be required to remove Assad. In the interim, America’s partners and allies are left to guess as to the new administration’s objectives.

Second, what are the Trump administration’s priorities in Iraq? Will the long-term defeat of ISIS remain the top priority, or will the focus shift to pushing back against Iran, which is allied with the Iraqi government? Although the military campaign against ISIS in Iraq is in its final stages, much work remains. With ISIS now on the defensive, some in the Trump administration want to move aggressively to limit Iranian influence in Iraq.

But Iraq is the wrong place to confront Iran head-on at this time. The situation on the ground remains too volatile, and America’s position there too precarious. Some 6,000 U.S. troops helping Iraqi forces fight ISIS would be exposed to significant risk at the hands of the 60,000–80,000 Iranian-sponsored militia fighters in Iraq. It could also escalate sectarian tensions across the country and close the space for national reconciliation. Finally, confronting Iran in Iraq would jeopardize efforts to finalize an agreement for a follow-on U.S. military mission that will be critical to achieving stability in Iraq over the long-term.

Third, what is the Trump administration’s vision for the future of the 60-plus-nation global coalition the Obama administration built to fight ISIS? As conventional fighting winds down in Iraq, the U.S. must be clear about what it expects of its international partners going forward. Coalition members can help stabilize liberated areas and train and equip Iraqi security forces. The coalition can also help take on ISIS in other theaters, coordinate efforts to deal with foreign fighters returning home, and mobilize against other evolving terror threats in the region. But charting the future course for the counter-ISIS coalition will require the diplomatic resources and soft power that the Trump is currently gutting in the State Department.

The great irony is that Trump is continuing much of the Obama anti-ISIS policy he eviscerated on the campaign trail. At the same time, he has created uncertainty in ways that could undercut the hard won gains of the last three years. The Trump administration must now answer important questions if it hopes to finally put an end to ISIS.

Hardin Lang is a senior fellow at the Center for American Progress.