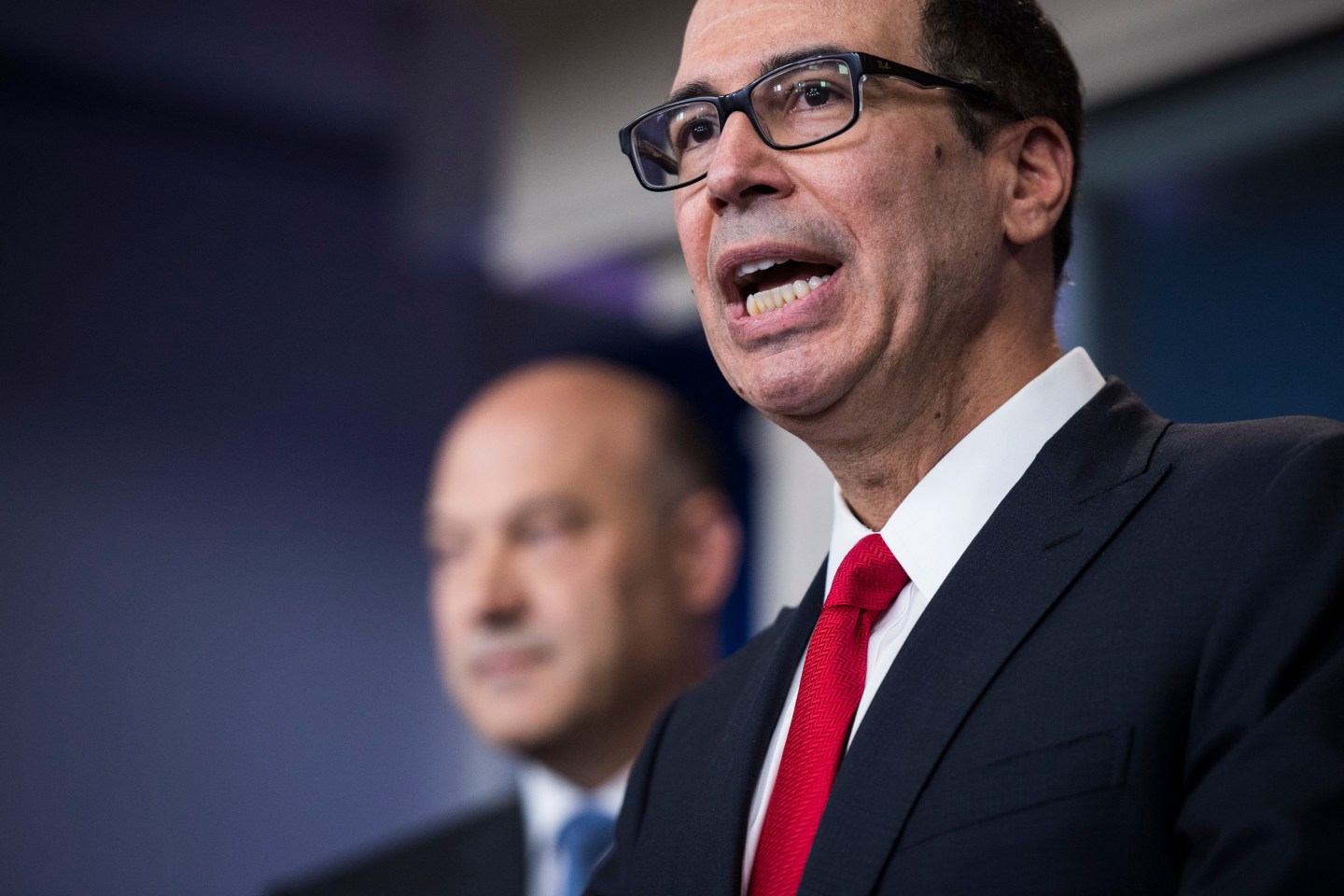 First, they were safe. Then, it wasn’t so clear. Now, they’re back in. But they still might be out.

Among all the changes, cuts and rollbacks in President Donald Trump’s tax plan, the uncertainty surrounding the tax deductibility status of 401(k) and other retirement savings plans over the last few days may have caused the most consternation for many.

Under current law, 401(k) contributions up to an annual maximum ($18,000, for 2017) are tax deductible. In practice, most people have them deducted pre-tax from their paychecks. The principal, plus any investment gains the 401(k) generates, are only taxed when the account holder withdraws money from the account. That’s a major advantage, because the money placed in the account is able to grow tax-free over a long period of time.

Earlier in the week, White House economic advisor Gary Cohn had laid out the outlines of the tax plan and said that retirement savings would be protected. The exact scope of the protection wasn’t clear, though, which led to speculation that tax deductions for 401(k) contributions could be reduced, or perhaps even eliminated altogether.

White House Press Secretary Sean Spicer added fuel to the fire, when he said Thursday that the tax plan wouldn’t touch charitable and mortgage deductions, but was unclear on how 401(k) deductions would be affected when specifically asked.

The White House clarified its stance on Thursday, pledging that 401(k) and other retirement tax deductions wouldn’t be affected in its tax reform plan. The news came as a relief to many who worried that tax breaks that encourage retirement savings were on the chopping block.

But despite the White House’s declaration that 401(k) contributions would be left alone, there is still the possibility that they could still be subject to modification, or even elimination, when it comes time to negotiate with Congress in order to get the tax plan through.

Although Republicans control Congress and the White House, they can’t seem to agree on much. That’s evidenced by the recent struggle to repeal and replace Obamacare, where even now, on their second go-around, many Republicans still don’t see eye to eye. Although they are presumably more on the same page in terms of taxes, it wouldn’t be surprising if there were adjustments to the tax plan in order to bring more Republicans happily on board.

By one estimate, changing the tax status of retirement-plan contributions–by taxing them today, but then not taxing the eventual withdrawals–would raise about $1.5 trillion over the next decade. That would help fiscal conservatives address one of their most widely voiced concerns, by making the plan’s other tax cuts less likely to inflate the federal deficit.

Still, getting rid of the tax incentive for retirement savings would be a major disruptor. As things are now, even with favorable tax rules, lots of people aren’t saving enough for retirement. Without a tax incentive to stash money away, more people will be discouraged from saving for their future.